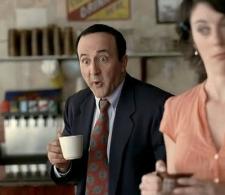 State lotteries have become nearly ubiquitous as state government activity. Forty states permit lotteries. In virtually all states with lotteries, the stated purpose is to raise revenue. However, there is wide diversity in how the money raised is distributed. Most states (about 16) designate lottery profits for schools and education, about thirteen states distribute profit to the general fund, or a fund for economic development, such as highway construction, in support of stadium authorities. A few states designate lottery revenues to fund various general environmental activities.

Many states apply the revenues to more than one purpose. A few states are quite unique. For example, Pennsylvania uses its revenue for programs designed to help the elderly with rent rebates and property tax assistance. Massachusetts uses its revenue in support of the arts. Maryland and Washington use substantial portions of their lottery revenue to raise money for sports stadium construction and operation.

One interesting provision in many state lottery laws provides for the garnishment of prizes to collect various debts, ranging from unpaid taxes to outstanding child support obligations. Usually, only prizes over a certain amount may be garnished. One state specifies that only prizes over $100 may be garnished, another sets the limit at $2,500. Texas permits garnishment of prizes won by persons who have defaulted on guaranteed student loans.

Interestingly, there are some unusual circumstances in various states. Maine, New Hampshire and Vermont each authorize two lotteries: their own and a Tri-State Lotto that is authorized under a tri-state compact. The proceeds are distributed equally among the three states. Finally, it is interesting to note that Nevada does not permit a state lottery. Perhaps this would be seen as competing with one of the state’s major industries.

Overall, the matter of state lotteries is only one category, albeit a big one, of the laws relating to gambling. The law of gambling is a very complex and varied area of state regulation. Of late, gambling itself has been subject to many political pressures, both for and against legalization. Although gambling is not treated in this chapter, one interested in the subject may use statute citations provided to locate the general gambling laws for each state.

State lotteries give participants the dream of winning huge jackpots while providing the state with funding for education, transportation, and other projects. State lotteries currently operate in about three-fourths of the states in the United States. These lotteries provide individuals with a relatively inexpensive means of gambling on the possibility of winning a huge jackpot. The first legal state lottery was established in New Hampshire in 1964, culminating 10 years of legislative effort.

A wide range of games is offered by the numerous state lotteries across the country. The offerings of the Florida State Lottery in 2001, for example, include Florida Lotto, Mega Money, Fantasy 5, Play 4, and CASH 3, as well as numerous instant games played with scratch-off tickets. These games cater to the preferences of potential players by varying the size of the prizes awarded and the probabilities of winning.

Florida Lotto, the premier game in the Florida State Lottery, holds drawings twice a week. In this game, six balls are drawn from a container holding fifty-three balls numbered from 1 to 53. To win the jackpot, the six numbers chosen by a player must match the numbers on the six balls drawn. The order in which the numbers are selected does not matter. The Florida State Lottery claims that the odds of winning this jackpot are 1 in 22,957,480. Players can also win by matching five, four, or three numbers as well. The probability of matching five of six is 1 in 81,410, and continues to increase as the amount of matched numbers decreases.

The probability of winning the jackpot in this game can be verified by determining the amount of six-number combinations possible or by multiplying the probabilities of six consecutive successful selections. Calculating the number of combinations yields the following, which can be expressed using the notation of factorials, denoted as "!",

Of these combinations, only one corresponds to selecting all six numbers correctly. Alternatively, using probabilities, you could multiply the probabilities that the numbers on a ticket are selected on each of the six successive selections. The probability of the first number drawn matching one of the player's chosen numbers is 6 in 53. If this occurs, there are five favorable numbers in the remaining fifty-two, and so on. Therefore, the probability of six consecutive successful selections is or 1 in 22,957,480.

Fantasy 5 requires the player to match five numbers selected from 26 numbers. Prizes are also awarded to those who correctly match three or four numbers. The probability calculations for this game are analogous to those of Florida Lotto. In Fantasy 5, the probabilities of matching five, four, or three numbers are 1 in 65,780, 1 in 627, and 1 in 32, respectively.

At the other end of the spectrum is Florida's CASH 3 game. This game gives the player a probability of 1 in 1,000 of winning $500 on a $1 ticket or $250 on a 50-cent ticket. In order to win, the player must match a 3-digit number, each digit of which is a number from 0 to 9. In this game, unlike Lotto, each digit is randomly selected from its own set of numbers from 0 to 9 and the order of the result is important.

When there are no winners in a large game, like Florida Lotto, new tickets are sold for the next drawing, increasing the value of the prize. Some feel that if the jackpot has not hit several times in a row, that it is "due to be hit." In fact, the probability of any particular combination winning does not change. However, the increase in interest and, correspondingly, in the number of tickets purchased makes it more likely that the jackpot will hit than if a smaller number of tickets were sold.

The potential revenue generated by a lottery has provided a strong incentive for states to pass legislation to legalize them. While the exact figures vary from state to state, normally about thirty to thirty-eight percent of the intake goes toward funding state programs. A little more than half is returned in prize money and the remainder is applied to various expenses associated with operating the lottery, such as advertising and paying commissions to vendors. To put the monetary amounts from lotteries that go into state budgets into perspective, the New Hampshire state lottery provided the state department of education with over $65 million in one fiscal year, bringing the total amount of aid to education in that state to $665 million. California boasts of more than $12 billion being earmarked for its public schools since 1985, while the New York state lottery provided $1.35 billion to education in the 1999–2000 fiscal year.

The allure of huge jackpots influences many individuals to purchase lottery tickets. Advertisements touting multi-million dollar jackpots are common. Information regarding the payoff procedures for jackpots is readily available from state lottery commissions as well as from other sources. Most lotteries allow the winner to choose between one immediate lump sum payment or yearly payments over a period of time.

A jackpot winner in the California Super Lotto Plus, for example, can opt for an immediate payment of roughly half of the jackpot amount or can take payment annually for 26 years. In the long-term plan, the first installment is 2.5 percent of the jackpot amount. Successive yearly payments increase each year, with the final payment being about twice the initial. The sum of these twenty-six payments will be equal to the originally stated jackpot amount. Thus the winner of a $6 million jackpot could take approximately $3 million immediately or could get $150,000 as a first installment with successive yearly payments increasing each year and totaling $6 million after all the payments have been made.

Of course, lottery winners must take into consideration the taxes that must be paid on their winnings. Calculating taxes at one-third, a $6 million jackpot winner choosing the one-time payment option would get approximately $4 million. An individual may find that tax savings may be realized in the long term payoff; however, the large lump sum would not be available for investing purposes.

Electronic Arts Inc , Electronic Arts Inc. 1450 Fashion Island Blvd. San Mateo, CA 94404 U.S.A. (415) 571-7171 Fax: (415) 571-6375 Public Company Incorporated: 1982 as Ele… Poker , poker •balalaika, biker, duiker, Formica, hiker, mica, pica, pika, piker, striker •blocker, chocker, docker, Fokker, interlocker, knocker, locker, mo… Random , Random The word random is used in mathematics much as it is in ordinary speech. A random number is one whose choice from a set of numbers is purely a… Wilhelm Steinitz , Wilhelm Steinitz Perhaps no chess player represented the spirit of nineteenth century America better than Wilhelm Steinitz (1836-1900). His intellige… Zero-sum Game , A zero-sum game is a term used in connection with game theory and management games. Game theory is a mathematical theory that applies to certain situ… Football , Background Although the game of football as we know it today supposedly dates back to the nineteenth century, there is some evidence to support that…