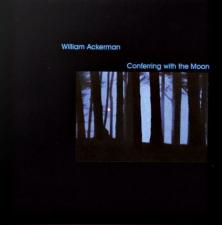 Will Ackerman planned to be a guitar-playing construction worker. Windham Hill Records, his iconoclastic record production company, was to be merely a lark; a hobby. He liked to play soft jazz in the evenings, and when his friends started asking him to record the music so they could hear it often, Windham Hill was started as a way to get them off his back. But before long, Ackerman discovered that his melodic tunes appealed to a Yuppie market that was weaned on the Beatles, the Moody Blues, and Donovan. It was a market that was being ignored by the major record labels. In fact, that market turned out to be so large that by 1986 Windham Hill, Ackerman’s lark, had grossed more than $24 million.

To reach such a height seemed impossible back in 1975, when Ackerman was building houses in Palo Alto, California. His friends were starting to become bothersome, always coming over in the evening with tape recorders, recording his music so they could play it at home. The music itself was hard to define: soft rock, soft jazz, folk. He played alone—no accompaniment—on his steel guitar. After a while Ackerman thought he had finally come upon a solution to the problem. He asked his friends to chip in $5 each so he could cut a record and make a copy for each of them. Sixty friends kicked in the money. That was the beginning of Windham Hill, named after a Vermont inn where Ackerman spent several summers when he was a child.

Ackerman was born in Germany in 1949 and brought to the United States as a youth by his adoptive parents, a Stanford University English professor and his wife. Ackerman was raised in New England and California. He was a below-average student at Northfield-Mount Herman School, where he did particularly poorly in mathematics. And his college grades at Stanford University were not much better. He even managed to fail a course in his native language, German. In the summers he landed a minimum wage job as a carpenter. With only one English course to go before graduation (ironically, one taught by his father), Ackerman dropped out of college and concentrated on his two loves, building small music studios for independent record labels and playing his guitar. Even after his friends urged him to record some of his music, and he found that there was a nice cottage industry for his work, Ackerman could not decide between carpentry and music.

He cut 500 copies of his first album, The Search for the Turtle’s Navel.His friends each got a copy, and the rest were distributed to a bookstore run by Anne Robinson, who would later become his wife. “Will and I did not get into this business to make money,” Robinson told Republic magazine. “We believed that somewhere there

were people who would have the same feelings for music that we did.” Ackerman agreed in Esquire: “We had no intention of being commercial. Solo guitar was hardly tearing up the charts. And we weren’t doing it for the money. Annie was running a bookstore and I was framing houses. We did our records purely out of a desire to make something well.”

For the next four years Ackerman and Robinson worked their regular jobs during the day and nurtured Windham Hill Records by night. A desk in the corner of their house was their office; their garage became the warehouse, overflowing with records and jackets and shipping crates. “We did not advertise,” Robinson told Republic. “We didn’t have the money to advertise. We built up a very loyal following by having a mailing list, and we knew everybody on the mailing list because we wrote to them and talked to them on the telephone.” Money was so tight that when orders came in Ackerman and Robinson glued the photos on the record jackets themselves. A friend squeezed ten records from them and sent them to radio stations. Robinson thought that was waste, but those records were to become the springboard that catapulted Windham Hill to success. In 1977 Ackerman cut another album, It Takes a Year.His records were being played on radio stations, and more importantly, people were asking stations about the music. By 1978 Ackerman was getting airplay in Massachusetts, New Hampshire, Vermont, and Colorado. By their fourth year it became clear to Ackerman and Robinson that they would have to quit their jobs and concentrate on the new record label.

Although critics and fans alike have a difficult time classifying the music, one thing is clear: Ackerman developed a sound that appealed to a large record-buying audience that had outgrown the current rock scene but found itself with no place else to turn. “They [record companies] ceased to pay attention to the age group which was, historically, a tremendous record-buying group, and, secondarily, a group for which music was almost a religious entity,” Ackerman told Republic. “Music was a terribly important part of life to my generation and suddenly nothing was being made for us.”

By 1980 Windham Hill had gotten too large for Ackerman and Robinson to handle alone. They signed a distribution deal with Pickwick, an independent company unaffiliated with any record label, that allowed Ackerman to retain full control of his music and records. That same year Ackerman signed George Winston, a Montana-born delivery man who had been dogging him with suggestions for artists for Windham Hill. Although Ackerman didn’t like Winston’s suggestions, he liked Winston. Winston has since recorded Autumn, one of Windham Hill’s most successful albums. By 1982, Winston’s Winter into Spring had climbed to the seventh spot on the jazz charts, the company had grossed $5 million, and Windham Hill had signed its first band, Shadowfax.

While other record companies promoted their artists, Windham Hill customers were coming into record stores to buy the Windham Hill label. It didn’t seem to matter who the artist was. Followers had come to expect and trust that Windham Hill would provide a certain sound they knew they would enjoy. Whatever the allure, it wasn’t enough to keep Pickwick afloat; the independent record company went out of business in 1983. But by then, Windham Hill had caught the attention of the nation’s largest record companies. It took nine months to finalize a new contract, but Ackerman eventually signed with A&M Records, a company founded by Herb Alpert and Jerry Moss. Under their new agreement, Windham Hill could manufacture whatever records it wanted, and A&M received no company stock. Windham Hill could charge whatever it wanted for its records and could launch whatever new labels it wanted. It could also retain the Ma & Pa bookstores, holistic medicine, herbal tea, and health food stores that helped finance the fledgling record company. In effect, Ackerman got a distribution deal with no strings attached.

Since then Windham Hill has branched out. Open Air Records is to lyrics what Windham Hill is to instrumentals. And another offshoot, Magenta Records, specializes in jazz. The company produces only about a dozen albums a year. Yet customers come in asking not for the albums by artist but for the latest Windham Hill recording. By 1985 sales exceeded $20 million, and Winston’s Autumn has gone platinum, selling over one million copies. “What Windham Hill has done is amazing,” Stephen Traiman, vice-president and executive director of the Recording Industry Association of America, told the Wall Street Journal. “You have got to remember that jazz albums are only 4 percent of the retail market.” Added Kurt Loder, senior editor of Rolling Stone magazine, “There’s nothing else like Windham Hill. Their popularity is due to a reaction against loud music.” Indeed, they are so popular that the company spends less than half of 1 percent of its net revenue on promotion, compared to about 20 percent spent by other record companies.

Ackerman still looks more the part of a California construction worker than a record executive. And despite the laid-back nature of his music, his life seems to have acquired some of the frenetic trappings of West Coast success. He tools around in a Mercedes, his blood pressure has risen to 190 over 120, and he and Anne Robinson have since divorced. (They remain friends, and she still runs the office.) He scuba dives, backpacks, plays hockey, enjoys wine tastings, and is a fervent fan of the San Francisco 49ers.

He has built himself a retreat on 79 acres in Windham County, Vermont. And he attributes Windham Hill’s success and his own to an axiom that seems to mark the Sixties generation: Do your own thing. “We’ve gotten here because we’ve never compromised,” Ackerman told Republic magazine. “We’ve done exactly what we wanted. If it didn’t fly, it wouldn’t have mattered. We would have gone on being a hobby company. I would have been pounding nails and making a good living and there would have been good wine on the table. We became what we are because we are different, we are unique, and we care about what we’re doing. Why would we ever compromise?”

Conferring with the Moon: Pieces for Guitar, 1986. (With Philip Aaberg, Michael Manring, and others) Imaginary Roads, 1989.

Mark Isham , Isham, Mark Composer, instrumentalist It is not surprising that versatile composer and recording artist Mark Isham, born into a family of musicians i… George Winston , Winston, George Composer, pianist, guitarist George Winston is known as one of the great popularizers of minimalist, acoustic solo piano music. His b… Sergio Mendes , Mendes, Sérgio: 1941— From the Bossa Nova craze of 1950s Brazil to the explosion of interest in Latin music on a global basis, Sérgio Mendes has been… Faith Hill , Hill, Faith Singer Since the advent of the “Young Country” movement in the early 1990s, several performers of exceptional talent have appeared on the… Phonograph , Phonograph Resources The first practical device for recording and reproducing sound was developed by American inventor Thomas Alva Edison (1847–1931)… Record Player , record player or phonograph, device for reproducing sound that has been recorded as a spiral, undulating groove on a disk. This disk is known as a ph…