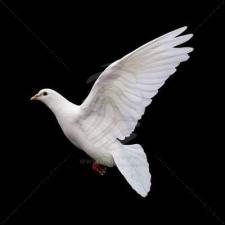 When the Manchester, England, trio now known as Doves emerged on the dance music scene in the late 1990s, they earned comparisons to the likes of Radiohead, the Verve, the Ocean Colour Scene, and other British guitar-based independent rock acts. Built literally from the ashes of their former studio, the group had produced electronic dance music for over a decade before changing their name and creating their trademark dark, yet melodic sound—a formula that proved successful beyond the trio’s expectations. Their first full-length album under the Doves moniker, the moody and expansive Lost Souls, generated rave reviews, won over high-profile fans such as Radiohead and Oasis, and competed for the prestigious Mercury Music Prize in 2000. The band members, who all take part in songwriting duties, include vocalist and bass guitarist Jimi Goodwin and twin brothers Jez and Andy Williams, the group’s guitarist and drummer, respectively. In addition to working as Doves, the three collaborated on occasion with good friend and fellow indie rocker Damon Gough, also known as Badly Drawn Boy.

The idea of forming a group was first conceived after the Williams brothers and Goodwin, all former school

friends, met again in the late 1980s at the legendaryacid house Hacienda nightclub in Manchester. Like many of their generation, the three young men, who dubbed themselves Sub Sub, were heavily influenced by house music, a style that grew out of the post-disco dance club culture of the early 1980s. During these years, as disco continued to ascend the mainstream music charts, many underground club deejays in American hotspots like Chicago and New York—and later in London and other European cities—started altering the music to make it less pop-oriented. With house, the beat grew more mechanical and the bass grooves deeper. Elements of electronic synth pop, Latin, soul, dub, reggae, rap, and jazz were introduced, and the music was often purely instrumental or augmented only with a wordless vocalization.

Around this time, house music performed by artists such as Madonna and C + C Music Factory was making its way onto the pop charts in England, Europe, and the United States. The style then splintered into subgenres: hip-house, ambient house, and most significantly, acid house. The latter, which first appeared in the mid-1980s from Chicago producers like DJ Pierre, Adonis, Farley Jackmaster Funk, and Phuture, combined elements of house with the deep bass line of the Roland TB-303 synthesizer. Initially heard only in Chicago and New York, acid house soon hit the club scene, and eventually the pop charts, in the United Kingdom.

Acid house also figured prominently in the rave culture that peaked in Britain during the late 1980s and early 1990s. Raves, underground parties where acid house and hard-core music was played and large quantities of illegal drugs, especially ecstasy, were consumed, never attracted a wide following. However, they influenced British bands for years to come, from “Madchester” (a fusion of acid house and pop) groups like the Stone Roses and Happy Mondays, to Britpop bands like Pulp and Oasis, to techno acts such as the Prodigy. And Doves, despite their recent transformation, likewise recognized the lasting influence of the acid house and rave scenes. “Lost Souls wouldn’t sound like it does if it weren’t for our dance past,” noted Andy Williams in an interview with Revolver magazine’s Andy Battaglia.

Indeed, as Sub Sub, the Williams twins and Goodwin enjoyed success in acid house circles. In 1993 they released the uplifting “Ain’t No Love (Ain’t No Use),” scoring a number-three hit in Great Britain. Next came a handful of club singles, the instrumental Coast EP, and a debut album, Full Fathom Five, in 1995 for the Manchester stalwart label Robs Records. But the dance combo was beginning to question the direction of their music. “It was the best and worst times of our lives,” admitted Goodwin, as quoted in an Astralwerks press release, “but it put us in a corner we didn’t want to be in, with all the disco dollies.”

As time passed, the trio began to spend less time at clubs and more time listening to recordings and practicing their respective instruments. The trio remained on the acid house/dance music track professionally, however, and started work on a second Sub Sub album, which was set to include tracks with guest vocalists Tricky and New Order’s Bernard Sumner. After a night out in celebration of the Williams twins’ birthday, though, Sub Sub returned home to discover their studio—including master tapes, equipment, and history—had been destroyed by fire.

Rather than give up, the trio decided instead to turn this unfortunate event into something positive. “It was weird, you know, losing all your stuff in a fire, but we got on with it,” Goodwin told Doug Levy of SonicNet. “We got the gear back, we could carry on, and that’s what we did. We can’t do anything else.” Thus, after changing their name to Doves, the trio resumed their musical pursuits. This time, however, the Williams brothers and Goodwin opted to follow a live-band format, a progression they insisted was underway long before the accident. “Before the fire we were already doing that,” added Goodwin in the SonicNet interview. “We already had about 15 tracks down, and they were all pretty organic, with samples and technology whenever the track needed them, not for the sake of it.”

In October of 1998 Doves debuted with an EP entitled Cedar on the Casino label, quickly selling out the record’s limited pressing. They then joined forces with Badly Drawn Boy (Damon Gough) for the joint single “Road Movie.” Doves collaborated with Gough again on his acclaimed release The Hour of Bewilderbeast, working out bass lines, guitar riffs, and drum patterns for the tracks “Disillusioned” and “Pissing in the Wind.” The album, incidentally, beat out Doves’ Lost Souls for the 2000 Mercury Music Prize.

In 1999 Doves released two more EPs on Casino; Sea appeared in May of that year followed by Here It Comes in October. Soon thereafter the trio signed with the Heavenly label, and in the summer of 2000, inked a deal in the United States with Astralwerks. The band’s first full-length effort as Doves, Lost Souls, was released in October. Largely eschewing samplers for a traditional guitar-bass-drums instrumentation, lush strings, and vocal melodies, Doves immediately earned accolades for their new sound. Critics on both sides of the Atlantic took notice, comparing Doves to groups ranging from Pink Floyd and Brian Eno to Sonic Youth and the Verve. Laura Schooling, reviewer for Pulse!, concluded, “Lost Souls is part of the British new school where substance and beauty are forthright in the songs, leaving the personal bravado for the rest of the country.” Similarly, Rolling Stone’s Jenny Eliscu called the album “a spellbinding record of stylishly tripped-out soundscapes.”

In February of 2001 Doves toured for the first time in the United States and Canada, embarking on a second American tour later that year in June. Meanwhile, the trio began work on a follow-up to Lost Souls, promising the music world more surprises from Doves. “It’s quite upbeat so far,” Goodwin informed Levy. “It’s definitely different from Lost Souls already, and they’re only rough demos.”