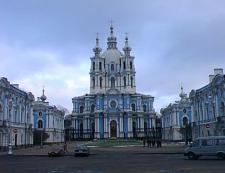 Ivan was born in August 1740, the son of Duke Anton-Ulrich of Brunswick and Anna Leopoldovna (1718–1746), niece of the childless Empress Anna (reigned 1730–1740), who nominated Anna's as yet unborn child as her heir. The infant Ivan succeeded Anna in October 1740, first with Ernst J. Biron, then with Anna Leopoldovna as regent. A cabinet equally composed of Russians and Germans was formed. Supported by the very capable B. C. Münnich and Heinrich Osterman, the regime continued policies inaugurated during Empress Anna's reign. It fell as a result of its vulnerability more than its inadequacy. The emperor's mother, the twenty-two year old regent, Anna Leopoldovna, became the target of gossip and scandal. In November/December 1741, on the eve of the departure of troops for war against Sweden, Peter I's daughter Elizabeth seized her chance to overthrow Ivan, with the support of guard regiments and the French and Swedish ambassadors. Elizabeth's proclamations emphasized the service she was doing Russia by bringing "German" rule to an end. Osterman and Münnich were sentenced to death, then reprieved and banished to Siberia. The deposed imperial family was moved to the far north and the ex-emperor Ivan was imprisoned in Schlüsselburg fortress to prevent him from becoming a rallying point for opposition to the throne. His mental health was severely damaged by years of incarceration. In 1764 a supporter devised an ill-conceived plan to release him and restore him to the throne, which had been seized by Catherine II in 1762. The ex-emperor was killed by his guards, who were acting on orders from St. Petersburg to take extreme measures in the event of an escape attempt.