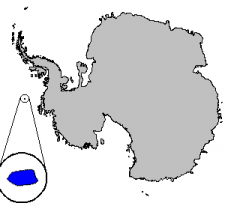 Peter I (duke or count of Brittany)

Peter I (Pierre Mauclerc), d. 1250, duke or count of Brittany (1213–37). The son of Robert II, count of Dreux, he married Alix, half-sister and heiress of Arthur I duke of Brittany. His surname, meaning "bad cleric," probably derived from the fact that he studied for the priesthood but abandoned it. Making peace with the church, he took part in the crusade against the Albigenses. Peter was a leader in the rebellions of the nobles against the regency of Blanche of Castile. Upon his son's majority (1237) Peter ceded Brittany to him. Peter joined the Crusade of 1239 and later accompanied Louis IX on the Crusade to Egypt in 1248. He died on the return voyage. He is also known as Peter of Dreux.

Peter I (king of Portugal)

Peter I, 1320–67, king of Portugal (1357–67), son and successor of Alfonso IV. He married (1336) Constance Manuel, a Castilian noblewoman, but subsequently fell in love with one of her ladies in waiting, Inés de Castro. Their tragic love affair has been a favorite theme in Portuguese literature. When Alfonso IV allowed Inés, whom Peter later claimed to have married, to be murdered (1355), the prince led a rebellion against his father. Peace was restored, and the prince formally pardoned the murderers. Nevertheless, when Peter became king, he had two of them executed by having their hearts drawn out. This act, and his concern for legal reform, earned him the names Peter the Severe, or the Cruel, and Peter the Justiciar. He was succeeded by his son, Ferdinand I.

Peter I (king of Aragón and Navarre)