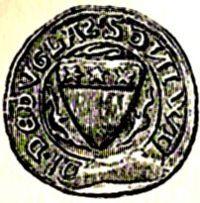 oxford
views updated
Morton, James Douglas, 4th earl of [S] (c.1516–81). The position of regent to young James VI of Scotland was not an enviable one. Moray, the first, was shot in 1570; Lennox was stabbed in 1571; Mar lasted a year before dying unexpectedly, with poison rumoured; Morton was the fourth and last, and had exercised effective power during the two previous regencies. He succeeded to the earldom in 1548, having married a daughter of the 3rd earl in 1543. In 1548 he was captured by the English and held in the Tower until 1550. He made useful contacts and his subsequent policy favoured an English alliance and support for the reformed religion in its English episcopal form. After Mary's return from France in 1561, Morton played an increasingly important role, first as chancellor [S] 1562–6 and again 1567–73. He took a leading part in the murder of Rizzio, an equivocal one in the murder of Darnley, but in 1567 led the opposition to Mary and Bothwell, defeating their supporters in 1568 at Langside. He succeeded Mar as regent in 1572 and consolidated his position when Mary's supporters in Edinburgh castle were forced to surrender in 1573. His strong policy antagonized nobles and kirk alike, and in 1578 he was overthrown by Atholl and Argyll. Elizabeth's intervention afforded him a shaky return to office, though scarcely to power, until in 1580 he was charged with Darnley's murder and beheaded in 1581. A formidable man, Morton collected superlatives—greedy, grim, lewd, cruel—but his few years in power gave Scotland a little stability in the difficult early years of James VI, and he made a determined attempt to stamp out border raiding.