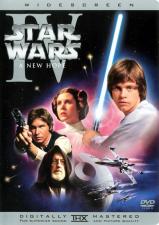 An early 20th-century educator and college dean, James Earl Russell (1864-1945) from 1897 to 1927 developed Teachers College into the nation's leader in the advanced training of elementary and secondary school teachers, administrators, and supervisors.

James Earl Russell was born at Hamden, New York, to Charles and Sarah (McFarland) Russell on July 1, 1864. The only son and eldest of nine children, Russell grew up on a farm and attended the one-room country school in the community. Young Russell was never close to his struggling but unsuccessful father, but was very fond of his mother Sarah, who urged him to seek an education beyond the common school.

Because of limited funds, the only realistic choice of a secondary school was the Delaware Academy, a private school in nearby Delhi. It was here that Russell prepared for college. Although his personal relations with his teachers while at the academy were pleasant, Russell was later to remember his "academical training as a 'veritable nightmare' with considerable emphasis on learning the answers to former examinations." This early sensitivity to the "rigid formalism" of traditional secondary education was to influence Russell's later efforts to improve teaching at the secondary level.

In 1883 Russell won the New York State Regents' scholarship for his district and enrolled at Cornell University, Ithaca, New York, in the face of some opposition from his home community, for "every good Scotch Presbyterian of the community protested … that I would turn out an infidel if allowed to go to Cornell." In the 1880s Cornell was regarded in some quarters as an extremely liberal institution. It was co-educational and the scientific studies were equated with the classical studies. Students were even allowed to select their own pattern of work through the elective system.

At Cornell Russell came under the influence of two great teachers—Jacob Gould Schurman and Benjamin Ide Wheeler. It was Schurman who introduced him to Locke's Essay on Human Understanding, and Wheeler, the philologist, gave Russell an appreciation of Greek life and literature. Both teachers left a lasting impression on the young scholar with their "radical concepts of education."

Russell took the A.B. degree in 1887 with first honors in philosophy and decided on teaching as a career. He taught preparatory Latin and Greek for three years and became headmaster of the Cascadilla School, a private academy in Ithaca, New York. While in Ithaca he became review editor of the School Review, an educational journal established by Schurman. His first contribution as editor was a summary of an article from the London Journal of Education on the education of teachers in Germany. As a result of this publication and other similar work on the Review, Russell began to be recognized as an authority on European education.

In 1893 Russell, becoming increasingly dissatisfied with the rigid formalism of American secondary education, resigned his position at Cascadilla and made plans to study in Germany. There he studied pedagogy with Wilhelm Rein at Jena and in 1894 went to Leipzig and took his Ph.D. under Volkelt in philosophy and Wilhelm Wundt in psychology. He also studied secondary schools in Germany, France, and England. Russell was to retain a lasting but favorable impression of the training given to German teachers and the way the German system of education prepared students for their roles in society. He was, however, fundamentally distrustful of the anti-democratic tendencies and the authoritarian character of Germany's system of universal education. In spite of these misgivings Russell returned to the United States in 1895 convinced that a high degree of professional training was necessary and desirable for teachers and that education was an important subject for study and research at the university level.

Back in the United States, Russell accepted a position as professor of philosophy and pedagogy at the University of Colorado. He remained there for two years expanding the university's program for teacher training. While in Colorado Russell was beginning to achieve a national reputation through his increasing activity in professional organizations and numerous publications.

In 1897 Russell accepted an invitation to join the faculty of Teachers College in New York City as head of the Department of Psychology. The invitation had been extended by his old teacher Benjamin Ide Wheeler, who had temporarily accepted the presidency. Teachers College at that time was a struggling normal school whose loose affiliation with Columbia University was in danger of termination because of philosophical and jurisdictional disputes between the two institutions. To resolve the controversy, Russell offered an organizational plan in which Teachers College would become a professional school and a part of the university structure having the same rank as the law and medical schools. The president of Columbia was to become ex officio president of Teachers College. The plan was approved with some modification and the young educator, within three months of his arrival in New York, became dean of the newly structured school.

By 1900 Russell had developed a basic conception of professional education that would guide the school during its formative years. There would be four goals of teacher education: general culture (liberal education); special scholarship (the content area of teaching); professional knowledge (theory, psychology, and history of education); and technical skill (study and practice of pedagogy). Russell had returned from Europe recognizing that democracy requires a type of education closely linked to everyday life. Teacher education must not be confined to public education but must prepare leaders in such fields as nursing, scouting, adult education, rural education, and vocational education.

Very early Russell began to assemble a faculty of outstanding men and women still relatively unknown who would rise to national prominence in their respective fields. Among them were Edward L. Thorndike in psychology, David Snedden in educational sociology, Paul Monroe in history of education, George D. Strayer in educational administration, and William Heard Kilpatrick in philosophy of education. Although a member of Columbia's philosophy department, John Dewey lectured at Teachers College. Some have observed that Dewey's focus on educational liberalism, also found in Russell's philosophy, resulted in Teachers College becoming the "intellectual crossroads" of the Progressive movement.

Russell's strong convictions concerning the importance of research in education led to the establishment of two experimental schools: the Speyer School (1902) and the Lincoln School (1917). In 1921 the Institute of Educational Research was created to promote the scientific study of education in cooperation with several departments of Teachers College. Two other research institutes were established during Russell's tenure: the International Institute funded in 1923 by the International Education Board and the Institute of Child Welfare Research established in 1924.

Through Russell's leadership and efficient management, the enrollment of Teachers College grew from 169 students in 1897 to almost 5,000 in 1927. During this period the budget expanded tenfold and the physical plant grew from two buildings to 17.

Russell was married twice, first in 1889 to Agnes Fletcher, with whom he had four sons, and in 1929 to Alice Forman Wyckoff. When he retired as dean in 1927 he was succeeded by his son, William Franklin Russell.

Russell enjoyed a long and fruitful retirement. He was influential in organizing the American Association of Adult Education and served as its first president. A special avocational interest in the scientific breeding of cattle was maintained throughout his retirement. He remained active with the Boy Scouts, Girl Scouts, and 4-H clubs.

Russell died of cancer at the age of 81 in 1945. His ashes are buried in the cemetery at Lawrenceville, New Jersey.

Russell is listed in the Dictionary of American Biography (Supplement 3); Biographical Dictionary of American Educators (vol. 3); and Who's Who in America, (vol. 22, 1905). Two good critical treatments of Russell's contributions are found in Lawrence A. Cremin, David A. Shannon, and Mary Evelyn Townsend, A History of Teachers College, Columbia University (1954) and in Lawrence A. Cremin, The Transformation of the School: Progressivism in American Education, 1876-1957 (1961). Numerous tributes to Russell appeared in Teachers College Record around the time of his retirement in 1927 and again at his death. A useful obituary filled with facts about his life and career appeared in the New York Times on Nov. 5, 1945.

Russell's numerous publications in periodicals and his Annual Report of the Dean of Teachers College, 1898-1927 reveal much about his educational philosophy. Especially helpful are his books, which include The Extension of University Teaching in England and America (1895), The Function of the University in the Training of Teachers (1900), German Higher Schools: The History, Organization, and Methods of Secondary Education in Germany (1898), Industrial Education (1912), The Trend in American Education (1922), and Founding of Teachers College (1937). His last book, Heredity in Dairy Cattle (1945), reflected an avocational interest in the breeding of dairy cattle. □