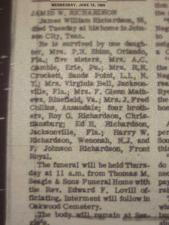 oxford
views updated
Adam, William (1689–1748). As a Presbyterian Whig, Adam was acceptable both to the aristocracy and to the protagonists of the Scottish Enlightenment in post-1715 Scotland, and quickly established himself as the leading architect in that country. An entrepreneur with many interests, he invested in property in Edinburgh, and purchased a country estate at Blair Crambeth in Kinross, renamed Blair Adam. In 1728 Adam became Clerk and Storekeeper of the Works in Scotland, and from 1730 Mason to the Board of Ordnance in North Britain, which brought him many lucrative building-contracts for forts and other structures after 1745.

As an architect he took his architectural elements from a wide series of precedents, creating an eclectic mix that was lively and often startlingly original. While he imbibed much from Gibbs and Vanbrugh, it also appears he knew something of Continental Baroque architecture from a visit to The Netherlands. Adam endeavoured to publicize his own designs and those of other Scots architects in a book, but the volume languished until 1811 when it was published as Vitruvius Scoticus, consisting of plates without an explanatory text.

Adam was the founder of the famous Adam dynasty, including Robert and James. His most important buildings include Hopetoun House, West Lothian (1723–48), Haddo House, Aberdeenshire (1732–5), the erection of Inveraray Castle, Argyll, to designs by Roger Morris (1745–8), Mavisbank House, Loanhead, Midlothian (1723–7), and Floors Castle, Roxburghshire (1721–6).