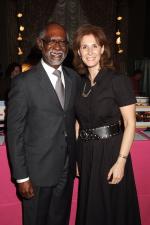 James Gadsden (1788-1858), American railroad promoter and a leading advocate of Southern nationalism, was the minister to Mexico responsible for the Gadsden Purchase in 1853.

James Gadsden was born in Charleston, S.C., on May 15, 1788, the grandson of a Revolutionary patriot. After graduating from Yale College in 1806, Gadsden entered business and then became a professional Army officer, rising to the rank of colonel by 1820. During the War of 1812 he served as an engineer and as an aide to Gen. Andrew Jackson. Later he fought against the Seminole Indians and was responsible for securing the evidence which led to the seizure, trial, and execution of two British agents.

In 1821 Gadsden served as adjutant general, but the Senate refused to confirm his appointment. Gadsden resigned from the Army and moved to Florida, where he was active in the territory's affairs. In 1823 he was responsible for placing the Seminoles on reservations and for building the state's first roads. He failed several times in bids to represent the Florida territory in Congress. Because in 1832 he backed nullification of President Jackson's earlier Tariff Act, he lost the support and friendship of the President.

During the 1830s Gadsden became an exponent of Southern nationalism and the expansion and integration of all Southern railroads. He proposed to end Southern economic dependency on the North by providing a direct link between the South and Europe, connecting all Southern railroads into one system, and connecting the Southern system with the Pacific Coast. He promoted these schemes at a number of Southern economic conferences between 1837 and 1850. Between 1840 and 1850 Gadsden served as president of the Louisville, Cincinnati and Charleston Railroad and greatly expanded its mileage. His ideas concerning Southern transportation were farsighted, but he was continually frustrated both by his devotion to Southern nationalism and by the general opposition of other Southern leaders whose notions of states' rights prevented effective regional development.

In 1853 Gadsden urged the purchase of territory along the Gila River from Mexico for the purpose of building a southern railroad between New Orleans and California. He won the support of U.S. Secretary of War Jefferson Davis and, through Davis's efforts, was appointed minister to Mexico. Gadsden next advocated purchasing extensive territory from Mexico, but he was successful in acquiring only a small strip (now parts of New Mexico and Arizona), which became known as the Gadsden Purchase. He died on Dec. 26, 1858.

There is no biography of Gadsden, but background information can be found in Paul Neff Garber, The Gadsden Treaty (1923). See also James Morton Callahan, American Foreign Policy in Mexican Relations (1932). □

Centaurus , Centaurus (Centaur) Brilliant southern constellation representing a centaur. Its brightest star is Alpha Centauri. Gadsden Purchase , In 1853, the United States purchased lands from Mexico that had been in dispute since the border settlement that followed the Mexican-American War (1… James Murray , James Murray Mason (1798-1871), U.S. Senator and Confederate diplomat, is best known for his authorship of the 1850 Fugitive Slave Law and his Confed… Tropic Of Capricorn , Capricorn, Tropic of Line of latitude, c.23.27° s of the Equator which marks the southern boundary of the tropics. It indicates the farthest southern… Apache Wars 1861-1886 , APACHE WARS. When Spaniards entered New Mexico in 1598 they unwittingly claimed a region in flux. The mysterious disappearance of the Anasazi culture… Josiah Gorgas , Born July 1, 1818 Daupin County, Pennsylvania Tuscaloosa, Alabama Chief of Confederate Ordnance Bureau Historian James M. McPherson General Josiah Go…