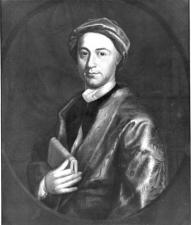 Education and Early Career. Ezra Stiles was born on 29 November 1727 in North Haven, Connecticut, to Isaac Stiles, a Congregational minister, and Kezia Taylor Stiles, who died five days after giving birth to Ezra. Isaac married Esther Hooker in 1728. Ezra received his early education at home and entered Yale College in 1742 with twelve other freshmen. He studied the classical curriculum of liberal arts: classical languages, logic, rhetoric, geometry, geography, natural philosophy, astronomy, mathematics, metaphysics, ethics, and divinity. After graduation in 1746 he stayed at Yale to study theology to prepare for the ministry, and in 1749 he received a masters degree. In April of that year he was appointed tutor at Yale for a salary of twenty-three pounds a year, and the following May he was licensed to preach by the New Haven County Association of Ministers. Stiles was hesitant to enter the ministry and thought he would like to study law, so he continued his job as tutor at Yale while reading law, and in November 1753 he was admitted to the New Haven bar. In 1755 he was asked to be the rector of the Second Congregational Church in Newport, Rhode Island, for an annual salary of about fifty pounds, barely enough to support himself. Still intent on practicing law, he hesitated to accept the offer but was greatly impressed with Newport, a large and beautiful seaport. He finally accepted the position for a salary of sixty-five pounds plus firewood and a house and gave up his tutorship at Yale. Two years later he married Elizabeth Hubbard from New Haven, with whom he had eight children. Elizabeth died in 1775, and Ezra married Mary Cranston Checkley in 1782.

Dedication to His Flock. Newport held many attractions for Stiles, one of which was the Redwood Library, for which he became librarian in 1756. In Newport his intellectual interests expanded. He observed natural phenomena, such as the comet of 1759; performed experiments in chemistry; studied Hebrew, Arabic, Syriac, Armenian, and French; raised silkworms; read through the entire Bible eight times with his family, and wrote voluminous correspondence as well as sermons and other works, most of which, including his diary, remained un-published during his lifetime. All of this was in addition to his responsibilities as a minister. He made as many as 1,000 pastoral visits a year and also catechised children, held special monthly meetings for men and for women, and attended to the spiritual needs of slaves by inviting them to his home for Bible readings and singing. In 1762 Stiles began thinking about founding another college in New England and with James Manning formulated plans for a Baptist college. He drafted the charter, and in 1764 the College of Rhode Island (Brown University) was established. Stiles was a proponent of American liberty, and when the war broke out, he supported the American cause. In May 1775 his wife Elizabeth died, leaving him with the care of their children. This personal tragedy was followed by the rapid dispersal of his congregation following the start of the rebellion against Great Britain. One hundred of the 130 families in his church had fled in 1775, most of them Patriots like himself. By March 1776 Stiles and his children also decided to leave and moved to Dighton, Massachusetts, where they stayed about a year. In May 1777 he was offered the ministry of the First Congregational Church in Portsmouth, New Hampshire, which was one of the largest in New England, with a congregation of 230 families. Still hoping to return to his Newport congregation after the war, he accepted the position for a year.

College President. No sooner had Stiles and his family settled in Portsmouth than he received a new offer in September to serve as president of Yale College. He did not accept the position right away. He was eager to return to teaching but did not want the administrative problems of running the college and referred to the “Diadem of a President” as a “Crown of Thorns.” Yale was almost depleted of funds and in a state of republican turmoil and student rebellion. He wondered if the college could afford to pay him a decent salary and worried because the corporation was divided in its choice for president. If he could have returned to Newport, he would have rejected the offer, but on 20 March 1778, after carefully weighing all arguments for and against, he sent his acceptance to the college board of directors and was installed on 8 July as president and professor of ecclesiastical history. His salary was set at £120 plus the president’s house and other compensations—roughly the same as his last salary as a minister had been.

War. At the time Stiles assumed the presidency in 1778, he faced several problems. One issue was the potential loss of students to the army. When Stiles arrived, the enrollment of the college was 132, but when the Connecticut Assembly exempted college students from the militia, he no longer had to worry about administering an empty college. Also since the fees from students made up most of the revenue of the college, this was encouraging news. The students, who had been sent to three Connecticut towns in 1777 to remove them from possible dangers, had to be reassembled in New Haven even though the threat of attack and the food shortages were still troublesome. Stiles had to ask parents for food and even sent students home for vacation two weeks early because the college could not feed them. In July 1779, when a British fleet of forty vessels anchored off West Haven, Stiles sent the students home for an indefinite period. The British raided New Haven, and though they did not remain, they continued to harass other Connecticut towns, so Stiles did not reopen the college until October. He had other, internal problems at Yale, especially with the board of directors, but after the war, in 1784 the college was flourishing with an enrollment of 270 students, the largest of any American college. The income from student fees and tuition was about £1,200.

Assessment. Stiles not only strengthened Yale but also secularized it, took it through the war successfully, and saved it financially. One important accomplishment of his administration was a change in the charter that allowed several state officials to become college board members and ensured state financial aid for the college. He not only performed well as an administrator but also taught classes in Hebrew, ecclesiastical history, theology, philosophy, and science, and even though he was not a minister of a specific church, he continued to perform ministerial duties until his death on 12 May 1795.

STILES, EZRA. (1727–1795). Clergyman, scholar, and president of Yale College. Born in North Haven, Connecticut, Stiles was graduated from Yale College in 1746. Although he studied theology and was licensed to preach on 30 May 1749, he remained at Yale as an instructor (called tutor). He delayed entering actively into the ministry until 1755 when he was ordained as pastor of the Second Congregational Church at Newport, Rhode Island, where he remained for twenty-two years. A man of omnivorous curiosity, he accumulated information and correspondents in enormous quantities. Among other activities, he kept a meteorological notebook (taking temperature readings with a thermometer given him by Benjamin Franklin), experimented with the growing of silk worms (to provide a luxury commodity with which to redress the balance of payments deficits with Britain), accumulated population statistics, studied Hebrew and the Kabala, and closely followed the development of and resistance to British imperial policy in the 1760s and 1770s, all while ministering to an active congregation. His "Stamp Act Notebook" is an important source of information about colonial resistance to that measure. He corresponded with a host of luminaries in the colonies and across the Atlantic, and became so well known that the University of Edinburgh awarded him an honorary doctorate in 1765. Driven out of his ministry by the British occupation of Newport in December 1776, he and his family became refugees in Tiverton, Rhode Island. In the spring of 1778 he accepted the presidency of Yale College, an office he discharged with great devotion and ability during a particularly difficult period. College administrator, intellectual, and minister, the physically delicate Stiles showed tremendous energy and ability in a great variety of pursuits. He died at 68 of "bilious fever."

Swarthmore College , SWARTHMORE COLLEGE, chartered by the state of Pennsylvania in 1864, was founded by the Hicksite Quakers, who split from the orthodox branch of the So… Ruth J. Simmons , Simmons, Ruth J. 1945– Ruth Simmons has made an illustrious career of serving students in higher education for more than two decades. Rising through… College Of William And Mary , WILLIAM AND MARY, COLLEGE OF. The College of William and Mary is a state university located in Williamsburg, Virginia. The college has a long and dis… Oberlin College , OBERLIN COLLEGE. In 1833 the evangelical Protestants John J. Shipherd and Philo P. Stewart founded a utopian community in Northeast Ohio focused on p… Yale University , YALE UNIVERSITY YALE UNIVERSITY, an educational institution founded in 1701 as the result of a conservative reaction by Congregationalist leaders wea… John Witherspoon (minister) , Witherspoon, John Witherspoon, John Born February 5, 1723 (Gifford, Scotland) Protestant theologian, educator John Witherspoon was an American Foundi…