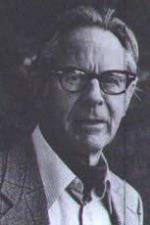 1909-1994
American existential psychoanalyst who popularized a humanistic, spiritually based psychology.

Rollo May was one of the most influential American psychologists of the twentieth century. He helped to introduce European existential psychoanalysis to an American audience. He was a founder of humanistic psychology , with its focus on the individual, as opposed to the behaviorist psychology and Freudian psychoanalysis that was prevalent in the 1940s and 1950s. May's writings were both practical and spiritual and they promoted the power and worth of the individual. As such, they contributed to the development of the human potential movement . May maintained that widespread alienation and anxiety were a result of breakdown and upheaval in culture and society, rather than the result of individual psychological problems. Among May's many honors were the annual award of the New York Society of Clinical Psychologists in 1954 and a 1971 gold medal from the American Psychological Association.

Born in Ada, Ohio, in 1909, as Reece May, he was the second of six children of Earl Tittle May and Matie Boughton. His father, a field secretary for the Young Men's Christian Association, moved the family to Michigan when May was still a child. Although initially he was a reticent student, at Michigan State College of Agriculture and Applied Science (now Michigan State University) in East Lansing, he co-founded a magazine that was critical of the state legislature. The flap that followed caused him to transfer to Oberlin College, a small liberal arts school in Ohio. An English major, with a minor in Greek literature and history, May graduated in 1930 and spent the next three years teaching English in Salonika, Greece. During that period, he attended seminars in Vienna, Austria, with the famous psychoanalyst Alfred Adler .

Studies for the ministry

In 1933 May entered the Union Theological Seminary in New York City. His studies were interrupted for two years when his parents divorced. He returned to Michigan to help with his younger siblings and worked as a student adviser at Michigan State. In 1938, he earned his divinity degree from Union, studying with the existentialist theologian Paul Tillich. May married Florence De Frees in 1938, and eventually they had a son and twin daughters. After two years as a minister at a Congregational Church in New Jersey, May decided that his true interests lay in psychology. In 1939, he published The Art of Counseling: How to Gain and Give Mental Health, and two years later his second book, Springs of Creative Living: A Study of Human Nature and God, was published.

In 1942, May was stricken with tuberculosis. After eighteen months in a sanitarium in upstate New York, he decided that his attitudes and his personal will were more important to his recovery than the treatments. He entered the graduate psychology program at Columbia University in New York City, receiving his Ph.D. in clinical psychology in 1949 with the highest honors. In the decades that followed, May's dissertation, The Meaning of Anxiety, published in 1950, and revised in 1977, had a major influence on the development of humanistic psychology. He argued that culture was in an "age of anxiety" and, furthermore, that channeling his own high anxiety was a major factor in overcoming his tuberculosis.

By 1948, May had become an assistant professor of psychiatry at the William Alanson White Institute of Psychiatry, Psychoanalysis, and Psychology in New York City. In 1958, he became the training and supervisory psychoanalyst there. He remained at the Institute until his retirement in 1974. He also served as an adjunct professor of clinical psychology at New York University and as a lecturer in psychotherapy at the New School for Social Research from 1955 until 1976. May held visiting professorships at Harvard, Princeton, and Yale Universities, and at Brooklyn College. In 1973, he became a Regents' Professor at the University of California at Santa Cruz. May maintained a private psychoanalysis practice in New York City and, following his retirement from academia, in Tiburon, California.

Writings influence the activists of the 1960s

May was a prolific and influential author whose books often were aimed at the general reader. His major works included Existential Psychology in 1961, Psychology and the Human Dilemma in 1967, The Courage to Create in 1975, Freedom and Destiny in 1981, and The Cry for Myth in 1991. Love and Will, published in 1969, won the Ralph Waldo Emerson Award of Phi Beta Kappa and became a guidebook for political and social activists. In 1972, Power and Innocence: A Search for the Sources of Violence won the Dr. Martin Luther King, Jr. Award from the New York Society of Clinical Psychologists. In May's later writings, the "age of anxiety" became the "age of despair." To reach a larger audience, May made a number of sound recordings.

May and his first wife were divorced in 1969 and in 1971 he married Ingrid Schöll. That marriage ended in 1978. In 1989, May married Georgia Lee Miller Johnson. May was a member of numerous professional organizations and his honorary degrees included L.H.D.s from Kingfisher College of the University of Oklahoma, St. Regis College, St. Vincent College, Michigan State University, Rockford College, Ohio Northern University, and Oberlin College. He died of congestive heart failure at his home in Tiburon, California, in 1994.

Reeves, Clement. The Psychology of Rollo May; with Reflections and Commentary by Rollo May. San Francisco: Jossey-Bass Publishers, 1977.