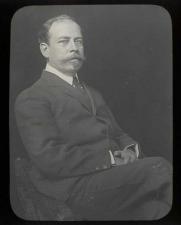 oxford
views updated
Carrère, John Merven (1858–1911). Brazilian-born American architect. He studied at the École des Beaux-Arts, Paris, before joining McKim, Mead, & White in NYC in 1883. In 1886 he opened an office with Thomas Hastings (1860–1929). The firm of Carrère & Hastings was responsible for many buildings, including the New York Public Library (1902–11), but started with the Ponce de Léon Hotel, St Augustine, FL (1886–8), an eclectic mix of Moorish, Spanish, and Renaissance elements, constructed of concrete using shell and coral aggregate. Nearly all the work (and it was extremely varied) of the 1890s was elaborately ornamented with over-scaled embellishments, but gradually turned to more restrained French Classicism and American Colonial Georgian for inspiration. In 1902 the firm built the Blair Building, NYC, and in 1905 the Traders' Block, Toronto, Canada, tall buildings influenced by architecture in Chicago. The Royal Bank of Canada retained Carrère & Hastings for their architecture (e.g. Bank, Main Street, Montréal (1909–12), a restrained Italianate job).