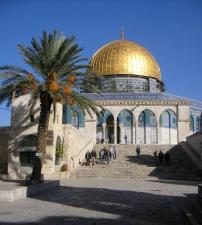 oxford
views updated
Moorish architecture. Islamic architecture of North Africa and regions of the Iberian peninsula where the Moors were dominant (711–1492). The most perfect examples were the exquisite Alhambra, Granada (mostly 1338–90—which was probably a madrasa rather than a palace), and La Mezquita at Córdoba (785–987). Moresque is architecture like or derived from that of the Moors (see hispanomoresque), or, more loosely, from Islamic architecture, and the term is especially associated with formal foliate ornament of an interlacing type, also known as arabesque. Moorish influences had a considerable effect during the C19 enthusiasm for exotic Picturesque buildings, and they were exploited by many designers, such as Owen Jones.

Anglo-saxon Art And Architecture , Anglo-Saxon art and architecture Anglo-Saxon art and architecture now only survives fragmentarily and even what remains is not necessarily representa… Church (architecture) , church [Gr. kuriakon=belonging to the Lord], in architecture, a building for Christian worship. The earliest churches date from the late 3d cent.; be… Seljuk , Seljuk or Saljuk archictecture. Taking its name from a Turkish Islamic dynasty which, with its branches, ruled in Iran, Iraq, and Syria from 1038 to… Almoravids , ALMORAVIDS (Arab. Al-Murābiṭūn; "Warrior-Monks"), confederation of Berber tribes of the Sanhajah group who lived in the Moroccan Sahara Desert. Their… Asher Benjamin , Asher Benjamin (1773-1845), an American architect, educated two, and possibly three, generations of 19th-century architects through his writings. Ash… Moors , Moors, nomadic people of the northern shores of Africa, originally the inhabitants of Mauretania. They were chiefly of Berber and Arab stock. In the…