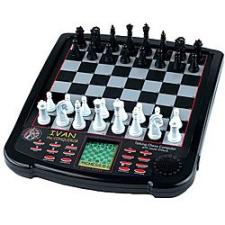 In the 1340s Lithuania encroached into western Russia and challenged the Golden Horde for control of Russian towns. Thus the prince of Moscow and other princes had to establish relations with both foreign powers. Ivan's elder brother Simeon and father Ivan I Danilovich "Kalita" ("Moneybag") had collaborated with the Tatars to promote Moscow's interests against princely rivals and against Lithuania. Ivan, a weak ruler under whose reign Moscow's authority declined, charted a different course. After Simeon died in 1353, Ivan traveled to Saray, where Khan Jani-Beg, against the objections of Novgorod and Suzdal-Nizhny Novgorod, gave him the patent for the grand princely throne of Vladimir. Later, however, he was persuaded to establish cordial relations with Lithuania and to decrease Moscow's subordination to the khan. He formed a treaty with pro-Lithuanian Suzdal, arranged a marriage alliance with Lithuania, and prevented Tatar envoys from entering Muscovite lands. His change of policy kindled serious opposition. Many of his councilors fled to pro-Tatar Ryazan, thus weakening Moscow's internal solidarity. Metropolitan Alexei also sided with the defectors. When the khan himself challenged Ivan, he yielded to the pressure. In 1357 he submitted to Berdi-Beg, the new khan, and was reconciled with his disgruntled boyars. But he failed to increase Moscow's territories, and Novgorod ignored him. Moreover, in the testament he issued before his death, he confirmed the practice of hereditary appanages, which his brother Simeon had first espoused, and which further fragmented the Moscow principality. He died on November 13, 1359.

Prince Philip Mountbatten Duke Of Edinburgh , Edinburgh, Philip, duke of (b. 1921). The duke of Edinburgh is the son of Prince Andrew of Greece and Denmark, and nephew of Earl Mountbatten, who wa… Thomas Prince , Thomas Prince, 1687–1758, American clergyman, scholar, and historian, b. Sandwich, Mass., grad. Harvard, 1709. From 1709 to 1717 he was abroad; he st… Grand Duchy Of Moscow , grand duchy of Moscow, state existing in W central Russia from the late 14th to mid-16th cent., with the city of Moscow as its nucleus. Its formation… Port-au-prince , Port-au-Prince Port-au-Prince, capital of Haiti. Established as the new colonial capital of Saint Domingue in 1749 (the first had been Cap Haitien),… Duchy Of Cornwall , Cornwall, duchy of. From the Norman Conquest onwards, Cornwall has had close links with the crown. William the Conqueror gave large estates there to… Ivan Iii , IVAN III (MUSCOVY) (1440–1505; ruled 1462–1505), grand prince of Muscovy. Ivan III Vasil'evich grew up during the dynastic civil war of his father's…