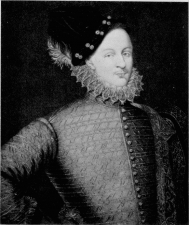 oxford
views updated
Tiptoft, John, 1st earl of Worcester (c.1427–70). Unusually for a peer's heir, Tiptoft spent three years with a tutor in University College, Oxford, immediately before his father's death in 1443. His creation as earl in 1449 coincided with his (first) marriage to the widowed duchess of Warwick. He was treasurer of England from 1452 to 1454, and probably became a sympathizer with Richard of York. In 1458 he distanced himself by going to Jerusalem, afterwards touring Italy and studying at Padua until 1461; humanists enjoyed his patronage, and he collected books later bequeathed to Oxford University. Edward IV appointed him a councillor and constable of England. Tiptoft became notorious for his trials of traitors, allegedly by ‘the law of Padua’ but actually by the supranational law of arms. He was captured when Warwick restored Henry VI, tried, and executed.

Patricia Ireland , Ireland, Patricia IRELAND, PATRICIA Patricia Ireland is an attorney and social activist who became the ninth president of the national organization f… William Murray 1st Earl Of Mansfield , William Murray William Murray William Murray, Lord Mansfield (1705-1793) established a body of rules regarding commercial transactions that became th… Thomas Howard 3d Duke Of Norfolk , Norfolk, Thomas Howard, 3rd duke of (1473–1554). Norfolk picked a precarious path through the hazards of Tudor politics. He was closely related to th… Solemn League And Covenant , Solemn League and Covenant The Solemn League and Covenant was drawn up in Edinburgh by commissioners for the Scottish Covenanters and English parliam… Edmund Spenser , Spenser, Edmund The poet Edmund Spenser (1552/3–1599) was a planter and provincial official in Ireland. Like much else concerning his experience in I… John Ireland (archbishop) , John Ireland (1838-1918), Archbishop of St. Paul, Minn., from 1888 until his death, spoke for liberal Catholics who sought to harmonize Catholicism w…