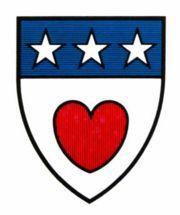 oxford
views updated
Douglas, James Douglas, 9th earl of [S] (d. 1491). Second son of James ‘the Gross’, 7th earl of Douglas. With two companions, James took part in a tournament against three Burgundian champions before James II at Stirling in 1449, and lost. The remainder of his life was one long rearguard action. Succeeding as 9th (and last) earl on his elder brother William, 8th earl of Douglas's murder by James II (1452), James withdrew his allegiance from the king, then negotiated for a settlement (bond of manrent, 1453), finally fleeing to England before his forfeiture in 1455. As part of the Scottish ‘fifth column’ in England, Earl James hoped to be restored to his estates with English military aid. With the forfeited duke of Albany, Douglas finally returned to Scotland, far too late, only to be captured at Lochmaben (1484), and die at Lindores (1491). He had no children by his marriage to Margaret, ‘Fair Maid’ of Galloway.