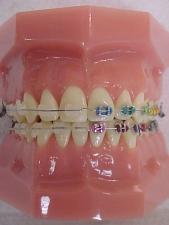 oxford
views updated
BRACKETS. The name for PUNCTUATION marks of various kinds that mark off (more strongly than pairs of COMMAS) certain matter as distinct, parenthetical, or interpolated. Material set between brackets is not grammatically essential to a sentence, which would be complete without it. Kinds of brackets include: round brackets BrE, parentheses AmE ( ); square brackets BrE, brackets AmE [ ]; brace brackets or less formally curly brackets { } and angle brackets < >.

Extra statements that provide an explanation, a comment, an aside, an afterthought, a reference, or more information may be placed between commas, but are often more clearly set apart from the main text by means of round brackets: Bristol (and some other cities) were mentioned; Zimbabwe (formerly Rhodesia); We shall now discuss the ode (or lyric poem); They then decided (to everyone's dismay) to withdraw; their new house (an extremely smart one) is in London; there are many (apparent) difficulties; His next book (Fire Down Below) was well received; see the next chapter (pages 32–4); He is (as he always was) a rebel. If overused, such parentheses can break up the flow of writing and become a distraction. The decision whether matter should be between commas, round brackets, or DASHES is made by author or editor, and may be a matter of personal, editorial, or house style.

Extra information attributable to someone other than the writer of the text is usually placed between square brackets: Carol walked in, and her sister [Sarah] greeted her. Such interpolations are usually made by an editor who wishes to add a comment (often information unknown to the original writer) to part of a text. The added item may replace a word or phrase in the original sentence: such a statement as It is one of Shakespeare's less well-known plays may become when cited [Timon of Athens] is one of Shakespeare's less well-known plays. In dictionaries, square brackets are often used to enclose etymological and other information at the beginning or end of entries. They are also often used in the texts of plays, to enclose stage directions (usually printed in italics), and in reports of meetings or proceedings, where they may be used to make asides, such as ‘[shouts from audience]’, to indicate an occurrence or circumstance that is not an essential part of the reported information.

Seldom used in ordinary writing, brace or curly brackets are common in mathematics and other formulaic usage, where they serve to enclose complex sets of symbols. A single brace is used to indicate displayed groupings and sets:

Special words, phrases, and symbols may be highlighted by means of angle brackets when other parenthetical devices have already been assigned a use. In linguistics, graphemes or minimal elements in writing are often exhibited between angle brackets, as with the digraph <ou> in shout. Angle brackets are, however, rare in English and are generally used to enclose material that is not part of the text: for example, instructions to a printer typesetting a text.

The nesting or embedding of brackets within brackets is not common in everyday print, but is not unusual in casual writing (especially handwritten letters), and is standard practice in some kinds of technical writing, such as grammatical analysis. When complex nesting occurs, the number of opening and closing brackets has to be the same, as in the analytical version of Coventry car factory strike committee policy decision: ((((Coventry) (car factory)) (strike committee)) (policy decision)). See PARENTHESIS.