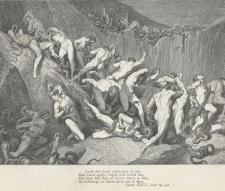 Red Sea, ancient Sinus Arabicus or Erythraean Sea, narrow sea, c.170,000 sq mi (440,300 sq km), c.1,450 mi (2,330 km) long and up to 225 mi (362 km) wide, between Africa (Egypt, Sudan, and Eritrea) and the Arabian peninsula (Saudi Arabia and Yemen); a part of the Great Rift Valley. The Gulf of Aqaba and the Gulf of Suez are the sea's northern arms; between them is the Sinai peninsula. The Red Sea is linked with the Gulf of Aden and the Arabian Sea by the straits of Bab el Mandeb. The flat coastal plains of the Red Sea slope gradually to the submarine central trough, more than 7,000 ft (2,134 m) deep. The sea is dotted with islands (the largest group is the Dahlak Archipelago in the southwest) and with dangerous coral reefs. It is surrounded by exceedingly hot and dry deserts and steppes; the summer water temperature exceeds 85°F (29°C), and the water has a high salt content. The Red Sea was an important trade route in antiquity. Its importance declined with the discovery of an all-water route around Africa in 1498. The opening of the Suez Canal in 1869 made the Red Sea one of the chief shipping routes connecting Europe with East Asia and Australia. The closing of the canal after the 1967 Arab-Israeli War, the building of pipelines to the Mediterranean Sea, and the construction of supertankers too large for the canal diminished the sea's importance as a commercial artery, especially for petroleum. In 1975, however, the canal was reopened and enlarged, and traffic through the sea increased. Suez, Egypt; Elat, Israel; Jidda, Saudi Arabia; Hodeida, Yemen; Massawa, Eritrea; and Port Sudan, Sudan, are the main ports on the Red Sea and its northern arms.

Erythraean Sea (ĕrĬthrē´ən), name of unclear origin anciently applied to the Indian Ocean, later to the Arabian Gulf, and finally to the Red Sea.

sea pen , sea pen See ANTHOZOA; and PENNATULACEA. Sea Squirts , Ascidiacea (sea squirts; subphylum Urochordata) A class of sea squirts, most of which inhabit shallow waters where they attach themselves to such str… Yellow Sea , Huang Hai (Yellow Sea) Shallow branch of the Pacific Ocean, n of the East China Sea between the Chinese mainland and the Korean peninsula. It connect… Sea Slug , sea slug (nudibranch) Any of numerous species of marine gastropod molluscs, related to snails and found worldwide. They have no shells, quills or man… Arabian Sea , Arabian Plate One of the present-day minor lithospheric plates, separated from the African Plate by the spreading Red Sea, the continuation of the Ca… Inland Sea , inland sea Extensive body of water that is largely or wholly surrounded by land. Any connection to the open ocean is restricted to one or a few narro…