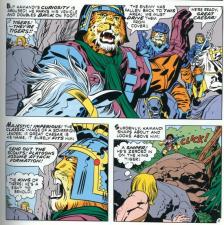 The son of a provincial army captain who died when he was ten, Krylov had little formal education but significant artistic ambitions. Entering the civil service in Tver, Krylov was subsequently transferred to the imperial capital of St. Petersburg in 1782, which gave him access to the most prominent of cultural circles. Although he began his literary career penning comic operas, when he joined Nikolai Novikov and Alexander Radishchev on the editorial board of the satirical journal Pochta dukhov (Mail for Spirits) in 1789, he became recognized as a leading figure in Russia's Enlightenment. When the French Revolution made enlightened principles particularly dangerous during the last years of the reign of Catherine the Great, Krylov left St. Petersburg to escape the more severe fates suffered by his coeditors. He spent five years traveling and working in undistinguished positions.

In 1901, with the assumption of the throne by Catherine's liberally minded grandson, Alexander I, Krylov moved to Moscow and resumed his literary career. Five years later, he returned to St. Petersburg, returning also to satire. He began translating the works of French storyteller Jean La Fontaine, and in the process discovered his own talents as a fabulist. Moreover, his originality coincided with the intellectual movement to create a national literature for Russia. His new circle was as illustrious as the old, including the poet Alexander Pushkin, who was the guiding spirit behind the evolution of Russian into a literary language.

Krylov's fables, which numbered more than two hundred, featured anthropomorphized animals who made political statements about contemporary Russian politics. This satirical style allowed him to describe repressive aspects of the autocracy without suffering the wrath of Catherine's heirs. He received government sinecure with a position in the national public library, where he worked for thirty years. Many of his characters and aphorisms continue to resonate in Russian popular culture.

Mikhail Ilarionovich Kutuzov , (1745–1813), general, renowned for his victory over Napoleon. At the age of sixty-seven, Mikhail Kutuzov led the Russian armies to victory over Napol… Karadjordjevic , ALEXANDER I (1777–1825), emperor of Russia from 1801–1825, son of Emperor Paul I and Maria Fyodorovna, grandson of Empress Catherine the Great. child… Alexander Ii , Alexander II ALEXANDER II (1818–1881), tsar and emperor of Russia from 1855 to 1881. Alexander Nicholayevich Romanov is largely remembered for two ev… Aleksandr Ivanovich Herzen , Herzen, Alexander Ivanovich HERZEN, ALEXANDER IVANOVICH (1812–1870), dissident political thinker and writer, founder of Russian populism. Alexander I… Holy Alliance , The term Holy Alliance refers to several related phenomena. In the narrowest sense, the Holy Alliance was a treaty signed in Paris on 26 September 18… Vasily Osipovich Klyuchevsky , KLYUCHEVSKY, VASILY OSIPOVICH (1841–1911), celebrated Russian historian. Vasily Klyuchevsky was born to the family of a priest of Penza province. In…