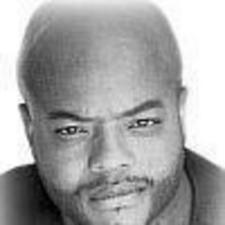 As the star of the long–running television series Diff’rent Strokes, Todd Bridges became a household name as a child actor. Millions of fans watched him in the role of Willis Drummond in the series, which aired from 1978 to 1986, and enjoyed him in guest–starring roles on other popular television shows in the 1970s and 1980s. Once Diff’rent Strokes left the air, however, Bridges experienced a difficult transition as he struggled to move ahead as an adult actor. Arrested several times for drug and weapons offenses, Bridges later admitted that cocaine addiction had sent his life out of control. It took over a decade to get his life back on track with his new–found sobriety, marriage, and a series of bit parts on television shows and in films. In 2002 Bridges landed a comeback role on the popular daytime television drama The Young and the Restless and participated in the sensationalistic Fox network broadcast of Celebriti; Boxing against former rap star Vanilla Ice. “I have much more to overcome because it’s a matter of people believing in me and trusting in me,” the actor told Jet in October of 1999. He added, “No one is beyond problems. It’s just that mine were public and theirs weren’t. I’m not looking for a handout, just an opportunity.”

Born in San Francisco, California, on May 27, 1965, Todd Bridges grew up in a show business family. The Bridges moved to Los Angeles around 1971 so that his father, James Bridges, Sr., and mother, Betty Bridges, could pursue acting careers. Both found some minor success as actors, but found more lasting careers as managers and agents for other entertainers. Betty Bridges also worked as an acting coach, taking on her own children, James, Jr., Verda, and Todd, as pupils.

Bridges appeared with his family in a Jell–O commercial in the early 1970s, which was his first acting job. He followed it with appearances on the television show Barney Miller and the television movie Katherine in 1975. Bridges also starred in a television pilot, The Orphan and the Dude, which was not put into production as a series. Despite that setback, Bridges remained one of the most sought–after child actors of the day. In 1977 he appeared on television in the movie A Killing Affair, in the acclaimed miniseries Roots, and in the popular dramas Little House on the Prairie and The Waltons. He also secured his first costarring role as the wisecracking Loomis on the Barney Miller spin–off comedy series Fish, starring Abe Vigoda. Fish lasted just one season, but it introduced

Bridges to veteran television producer Norman Lear, who was then seeking an actor for a new series, Diff’rent Strokes.

Lear’s production company had already cast veteran television actor Conrad Bain, and a rising child star, Gary Coleman, as the leads in the situation comedy, in which a wealthy white businessman, Philip Drummond, adopts the two African–American children of his late housekeeper. Looking for an actor to play a street–smart, somewhat cynical older brother to the lovable, naive character portrayed by Coleman, Lear thought of Bridges, who had taken on a similar role in Fish. Rounding out the cast, Dana Plato took the role of Kimberly Drummond, Philip Drummond’s biological daughter, and Charlotte Rae joined the cast as Mrs. Garrett, the housekeeper. The show was an immediate hit upon its debut on NBC in the fall of 1978, with much of the humor derived from the interaction between Bain’s character and his two adopted sons. Although racial issues were not the main focus of the show, Diff’rent Strokes was also notable for its depiction of a multiracial family coming to terms with the different perspectives of its members.

Although Gary Coleman was the most popular member of the cast, Bridges was the subject of intense media interest during his years on the show. He appeared on most of the talk shows of the era, as well as in specials such as Battle of the Network Stars and Circus of the Stars, and in televesion shows such as The Love Boat and CHiPs. Bridges, who earned an estimated $15,000 per episode of Diff’rent Strokes, experienced some personal difficulties during the show’s run, which ended in 1986. Arrested for carrying a concealed firearm in 1983, Bridges paid a $240 fine for the offense. Like Bridges, the other young actors on Diff’rent Strokes also faced personal challenges. Coleman underwent several hospitalizations for kidney–related ailments while Plato battled eating disorders and, later, drug addiction and an arrest for armed robbery. Coleman later sued his parents for mismanaging his finances, while Plato died from a drug overdose in May of 1999.

Faced with declining ratings, Diff’rent Strokes had moved to ABC for its final season in 1985–86, when it was finally canceled after its eighth season. The cancellation of the show hit Bridges hard, and he blamed casting directors for refusing to see him in acting roles other than that of Willis Drummond, whom he had portrayed for so many years. Bridges contributed to his reputation as a troubled young actor, however, with a second arrest for making a bomb threat against an automobile customizing business in 1987. Bridges pleaded no contest to the charge and received a suspended sentence for the incident. In January of 1989 he was in the headlines again when he was arrested on an armed robbery charge. According to law enforcement officials, Bridges had threatened an auto mechanic with a gun and forcibly taken his car from the shop without paying his $500 bill. A witness later claimed that he was not sure that it was Bridges who was involved in the incident, and the charge was dropped.

On February 2, 1989, Bridges was arrested again, this time for the attempted murder of a crack cocaine dealer. The indictment alleged that Bridges had shot the drug dealer eight times in a dispute that took place in a crack house in Los Angeles. Under the guidance of attorney Johnnie Cochran, Bridges admitted at trial that he was a heavy user of cocaine, and used this as his defense, claiming that his drug use had made it impossible for him to remember whether or not he had shot the victim. After two criminal trials Bridges was acquitted, but the incident effectively destroyed his acting career. Another arrest for methamphetamine and firearms possession in 1993 also hurt his reputation. Bridges pled guilty to the charges and entered a court–ordered, one–year drug treatment program. The program helped the actor win his battle against drugs, although he admitted that his temperament remained a problem. In 1997 he was charged with assault with a deadly weapon after he repeatedly rammed a friend in another car in a fit of rage. He pled guilty to the lesser charge of vandalism, performed court–ordered community service and paid a fine.

Bridges credited a renewed spirituality for helping him to face up to his problems. He told Clifton Davis in an interview on the Trinity Broadcasting Network, “I had to go to Christ and Christ has been guiding me and tooling me and showing me a whole other way…. He did a miracle with me! And people don’t get it. I’m eight years clean and sober. I’ve been out of trouble for five years without any problems. ‘What has happened to this guy? He’s not the same as he used to be.’ And I’m able to walk away from problems.” Bridges also put his religious beliefs into practice when he founded the Todd Bridges Youth Foundation, a Los Angeles-based non-profit center that sponsored sports, computer training, and acting courses for inner-city children.

On May 25,1998, Bridges married Dori Smith and the couple soon welcomed a son, Spencer Todd Bridges. In 1999 Bridges worked as the producer and director of Building Bridges, a film for the Trinity Broadcasting Network, which explored his embrace of Christianity in solving his personal problems. Bridges also worked behind the camera on the films Flossin and Black Ball in 2000. In 2002 Bridges had his most successful year since leaving Diff’rent Strokes. His appearance on the Fox Network’s Celebrity Boxing special in a victorious bout against Vanilla Ice was a ratings success. Later that year he signed a contract for a five-week appearance on the soap opera The Young and the Restless, which Bridges hoped would be expanded into a regular role.

Crack dealer, After Diff'rent Strokes: When the Laughter Stopped, Fox, 2000.

Solomon Henry, "The Wisdom of Solomon," Little House on the Prairie, NBC, 1977.

Himself, "Episode with Bobcat Goldthwait," The Ben Stiller Show, Fox, 1992.

Consultant, After Diff'rent Strokes: When the Laughter Stopped, Fox, 2000.