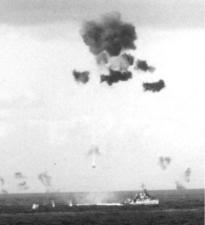 John Rodgers, 1773–1838, American naval officer, b. Harford co., Md. He had seen years of merchant service before he became (1798) a lieutenant in the new U.S. navy. He served in the Tripolitan War, securing senior command in 1805. In 1811, Rodgers, in command of the President, was ordered to cruise off the U.S. coast to stop the impressment of American sailors by the British frigate Guerrière. He encountered a British ship, which he apparently took to be the Guerrière, and gave chase. Accounts of what happened vary, but a battle took place, and the British ship, the Little Belt, was defeated and cut to bits. The incident was one of those leading up to the War of 1812. Rodgers, at the outbreak of that war, at once set out to pursue British ships and captured several British merchantmen. In a battle with the frigate Belvidera he was wounded by an explosion of a gun on his own vessel. He later participated in the naval defense of Baltimore. After the war he was president of the board of naval commissioners (1815–24, 1827–37) and acting secretary of the navy in 1823.