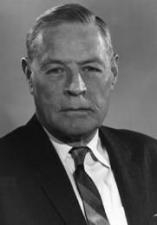 Born in Columbia, South Carolina, during the pre-civil rights era, Bolden had little reason to anticipate a future in space exploration. Yet by 1992, when he was selected by National Aeronautics and Space Administration (NASA) head Dan Goldin to help restructure the agency, he had distinguished himself not only as an accomplished astronaut, but also as an able administrator.

Bolden attributes his professional success to the advances made in the United States by pioneers in the civil rights movement and to an academic discipline instilled in him by his parents, both of whom were educators. “I was always encouraged to study,” he told CBB. “I’m very thankful for that now.” A serious student at an early age, Bolden overcame the obstacles presented by a segregated school system to graduate with honors from C. A. Johnson High School.

The values that he developed as a young student served him well throughout his academic career. In 1968 Bolden graduated from the U.S. Naval Academy with a bachelor’s degree in electrical science; in 1977 he earned a master’s degree in systems management from the University of Southern California; and in 1979 he completed test pilot training.

Between degrees, Bolden married Alexis “Jackie” Walker, whom he had known since he was three years old, and joined the U.S. Marine Corps. He was commissioned as a second lieutenant in 1968, underwent two years of flight training, and was designated a naval aviator in May of 1970. A decorated Vietnam veteran, he served as a fighter pilot in the A-6A Intruder, flying more than 100 combat missions between 1972 and 1973.

When his tour in Vietnam was over, Bolden spent the next few years as a Marine Corp recruiting officer. In the meantime, NASA was reevaluating its astronaut selection

criteria. “As we went through the sixties and through the civil rights movement,” Bolden recalled in the CBB interview, “NASA realized that it would be untenable for them to have another astronaut selection in the 1970s and 1980s and not include a culturally diverse group of people.” By the late seventies, NASA’s astronaut profile had changed enough for Bolden to begin considering a professional career with the agency. “In 1977,” Bolden continued, “NASA advertised for people who would be interested in participating in the space shuttle program, and I thought about it. But I didn’t think I’d be selected. So I didn’t apply.” Two years later, after NASA had selected its first ethnically mixed group of recruits, he submitted his application, fully expecting that it would be rejected.

When he was admitted to the shuttle program among NASA’s 1980 recruits, Bolden began what would become a high-profile career with the agency. Since that time, he has completed several space shuttle missions. In January of 1986, he piloted the space shuttle Columbia’s mission STS-61C, with assignments that included launching a communications satellite and conducting experiments in astrophysics and materials processing.

On his second mission, which took place during the spring of 1990, Bolden served as pilot on the space shuttle Discovery (STS-31), whose five-member crew successfully launched the $1.5 billion Hubble Space Telescope. In J. Alfred Phelps’s They Had a Dream: The Story of African-American Astronauts, Bolden illustrated the power of the Hubble, explaining that if he stood on the moon with a nickel in his hand, “the Hubble Space Telescope could read from the earth the words, ‘In God We Trust.’”

In 1992, two years after the Discovery flight, Bolden commanded the crew of space shuttle Atlantis for mission STS-45, during which a group of multinational oceanographic, atmospheric, and climatic surveys were completed. The experiments were designed to improve our scientific understanding of the earth’s climate and atmosphere.

Bolden’s administrative career with NASA began unexpectedly in the aftermath of the 1986 explosion of the space shuttle Challenger. Following that tragedy, in which his close friend, fellow South Carolinian Ronald McNair, was killed, Bolden led a team selected by NASA to investigate the disaster.

The Challenger explosion was just one in a series of catastrophes that plagued NASA during the post-Cold War era. Faced with budgetary cutbacks, allegations of mismanagement, and a crisis of confidence, the agency hired a new director, career aerospace administrator Dan Goldin, to restore its credibility. In 1992 Goldin, charged with the task of restructuring NASA, selected Bolden to act as his second-in-command. Bolden’s responsibilities as assistant deputy administrator included monitoring the agency for efficiency and cost-effective management and reporting its progress to Congress.

But his space flight assignments were far from over. By early 1994, Bolden had been chosen to command a six-member crew on shuttle mission STS-60, a joint U.S./Russian mission that would become the first flight to feature Russian and American mission specialists on the same crew.

Charlie Bolden encourages young African Americans to make their dreams a reality: “Believe in yourself,” he was quoted as saying in They Had a Dream. “Don’t let anybody else determine what your life is going to be. Pick some goal that’s just slightly out of your reach, then go for it. Be persistent and don’t be afraid of failing. Some of my best accomplishments … have come after I’ve failed, picked myself up, and tried again.”

Charles (Chip) Bohlen (1904-1973) was a Russian specialist who served in various government positions, including U.S. ambassador to the Soviet Union and interpreter and advisor to various presidents on Russian affairs.

Charles Eustis Bohlen was born on August 30, 1904, the son of Charles and Celestine (Eustis) Bohlen in Clayton, New York. One of three children, Bohlen grew up in Aiken, South Carolina, where his father, who had inherited a small fortune, was a banker and sportsman. At age 12 Charles moved with his family to Ipswich, Massachusetts. He graduated from St. Paul's School in Concord, New Hampshire, and matriculated at Harvard College, where he majored in modern European history (with one course in Russian history), gained admission to the exclusive Porcellian Club, and played scrub football. His friends dubbed him "Chipper," later reduced to Chip, his nickname.

After Bohlen took his B.A. at Harvard in 1927, he went on a world tour on a tramp ship. Although he had not intended to become a diplomat, his extensive world travels with his family as a child and his course work at Harvard caused him to enter the Foreign Service in Washington in 1929. He was assigned as vice-consul at Prague until 1931, when he became vice-consul at Paris. Here he began serious study of the Russian language. He attended Russian church services and perfected his language skills with Russian emigrees in street cafes. Assigned to study Russian language by the State Department (which anticipated recognition of the Bolshevik government), Bohlen spent one summer with a Russian family in Estonia.

When the United States resumed diplomatic relations with the Union of Soviet Socialist Republics in 1933, Bohlen was named vice-consul under Ambassador William C. Bullitt. Later he served as third secretary at the American Embassy, during which time he travelled extensively throughout Russia. Bohlen returned to Washington in 1935 to join the Division of Eastern European Affairs. Although Bohlen treasured his experiences in Russia, he conceded that he always felt a breath of refreshing air when he crossed the border. Returning in 1938, he found Russia was in convulsion because of the political purge trials which he personally observed. He scored somewhat of a diplomatic coup when in 1939 he learned details of the Russo-German pact which led to the Nazi attack on Poland, starting World War II.

The State Department reassigned Bohlen to Tokyo in 1940, and he was interned with other embassy personnel in 1941 after the Pearl Harbor attack. When Bohlen returned to Washington, he impressed presidential aide Harry Hopkins. As a result, he became President Franklin D. Roosevelt's personal Russian interpreter. Bohlen continued his diplomatic travels in 1943 when he accompanied Secretary of State Cordell Hull to the Moscow Conference which set the diplomatic framework for the United Nations International Organization. He remained in Moscow as first secretary until summoned in 1944 to be Roosevelt's interpreter at the Teheran Conference of Stalin, Churchill, and Roosevelt. After serving at the Washington conference at Dumbarton Oaks on international organization, he became liaison between the secretary of state and the White House until Roosevelt took him to the Yalta Conference as his interpreter, a task he would later perform for Harry Hopkins on his mission to Moscow. He attended the United Nations conference at San Francisco and went to the Potsdam conference as President Harry S. Truman's language expert. Increasingly he was not only serving as an interpreter but as an adviser to secretaries of state, including James F. Byrnes, George C. Marshall, and Dean Acheson.

Controversy surrounded Bohlen's appointment to Moscow as ambassador by President Dwight D. Eisenhower in 1953. Opposed by Wisconsin's Joseph R. McCarthy, who attacked Bohlen for his role at the Yalta Conference, he eventually won Senate confirmation by a vote of 74 to 13. McCarthy's performance so outraged Senate leaders Robert A. Taft and William Knowland that it marked the beginning of McCarthy's demise.

Political turmoil highlighted Bohlen's five years in Moscow as ambassador, a period which saw the rise and fall of Georgi M. Malenkov, the execution of Lavrenti P. Beria, the emergence of Nikita S. Khruschev, de-Stalinization, the revolt in Hungary, and the Suez crisis. Although his tenure was characterized by highly charged exchanges with Soviet diplomats, the Russians were disappointed when he was moved to the Philippine Embassy, a transfer that resulted from long-standing differences with Secretary of State John Foster Dulles. Later he became special adviser on Soviet affairs for Secretary of State Christian Herter. He finished his diplomatic career with five years of service at the difficult Paris Embassy for President John F. Kennedy and one year as deputy under secretary of state for political affairs, concluding over 40 years of service with the State Department. At age 69, Bohlen died of cancer in Washington, D.C., on December 31, 1973.