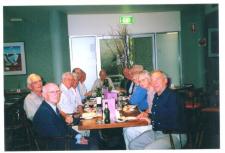 oxford
views updated
Thurloe, John (1616–68). The son of an Essex clergyman, Thurloe was a lawyer under the patronage of Oliver St John. He did not take up arms in the Civil War, but in 1652 was appointed secretary to the Council of State and was soon put in charge of Commonwealth intelligence gathering. He was an MP 1654 and 1656 and a member of Cromwell's second council. Remarkably efficient, devoted to Cromwell, Thurloe presided over an international espionage network. After Cromwell's death he transferred his allegiance to his son Richard, and served in the Parliament of 1659 for the University of Cambridge. After the fall of Richard Cromwell, he was reappointed secretary of State and tried to dissuade Monck from bringing back Charles II. He survived a charge of treason at the Restoration and was allowed to return to his practice at Lincoln's Inn. His vast collection of state papers found their way into the Bodleian Library, but seven bulky volumes were published by Thomas Birch in 1742.