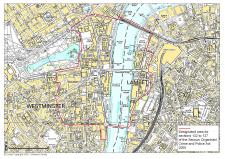 oxford
views updated
Queensberry, James Douglas, 2nd duke of [S] (1662–1711). Queensberry's father was promoted marquis in 1682, duke in 1684, and 1682–6 was lord high treasurer [S]. Nevertheless, he came to terms with William quickly after the Revolution. Douglas (Drumlanrig until he succeeded in 1695) was one of the first to join William, was a gentleman of the bedchamber 1689–1702, lord privy seal [S] 1696–1702, and received the Garter in 1701. As commissioner to the Scottish Parliament, Queensberry played a crucial role in carrying the Union in Anne's reign. After losing control of the Parliament in 1704, and suspected of Jacobite intrigues, he was briefly replaced by Tweeddale. A spell in opposition demonstrated his usefulness and he was reappointed commissioner and resumed as lord privy seal [S] in 1705. Handsomely rewarded for his part in effecting the Act of Union, he was granted a large pension, served 1707–8 as a representative peer, and in 1708 was created duke of Dover in the British peerage. From 1709 he was in charge of Scottish affairs but died early. Vilified by the Jacobites as an arch-traitor, Queensberry seems to have been moderate, persuasive, and personally agreeable.