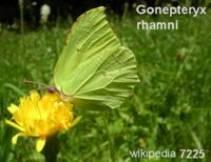 Lhwyd (he used this spelling for his signature; but his name was also variously rendered Lhuyd, Llwyd, Lloyd, and Luidius) was the natural son of Edward Lloyd of Llanforda, near Oswestry, and of Bridget Pryse of Gogerddan, Cardiganshire. In 1682 he entered Jesus College, Oxford, where he studied for five years. In order to increase his limited means, he soon became assistant to Robert Plot, professor of chemistry and first keeper of the Ashmolean Museum. This museum, opened in 1683, was founded on the collections of John Tradescant father and son, augmented by the donor, Elias Ashmole. It was through his connection with the museum and with Plot, at that time secretary of the Royal Society, that Lhwyd was able to establish important scientific contacts.

During visits to north Wales, Lhwyd collected plants around the hill mass of Snowdon. He was the first to record, in Edmund Gibson’s edition of Camden’s Britannia (1695), that the mountains of Britain have a distinctive alpine flora and fauna. Lhwyd compiled a list of plants from Snowdon, which was published by John Ray in his Synopsis methodica Stirpium Britannicarum (1690), and Ray referred to these records as “the greatest adornment” of his book.

Lhwyd also assisted Martin Lister with lists of Oxfordshire species of mollusks and fossils, and some of his specimens were used in Lister’s Historiae sive synopsis methodice Conchyliorum (1685-1692). By the time he succeeded Plot as keeper of the Ashmolean Museum in 1691, Lhwyd’s interest in formed stones (fossils) had superseded his botanical interests. In 1686 he put before the Oxford Philosophical Society a new catalog of the shells in the Ashmolean Museum; and during the next few years he continued to add to it, with a view to publication. The work eventually appeared in 1699 in a limited edition of only 120 copies. The cost was subscribed by some of his patrons and friends, including Isaac Newton, Hans Sloane, and Martin Lister. Written in Latin and entitled Lithophylacii Britannici ichnographia, it consisted of a catalog of 1,766 localized items arranged systematically and was the first illustrated catalog of a public collection of fossils to be published in England.

As an appendix to his list Lhwyd printed six letters to friends, also in Latin, dealing with geological subjects. The most important of these was to John Ray on the problem of the origin of “marine bodies and mineral leaves.” Although Lhwyd’s theory was completely erroneous, his arguments illustrate the flexibility of thought which existed on this subject during the late seventeenth century. For Lhwyd, who had viewed the fossil content of the rocks in depth in the sea cliffs of south Wales and in limestone caves, there were obvious difficulties in accepting the generally held belief that all fossils had been laid down at the time of the universal deluge; and in his letter he set out several cogent arguments against the idea of a single inundation.

Lhwyd hoped that the considerable depth at which fossils are found could be explained by the hypothesis he put forward. He suggested a sequence in which mists and vapors over the sea were impregnated with the “seed” of marine animals. These were raised and carried for considerable distances before they descended over the land in rain and fog. The “invisible animalcula” then penetrated deep into the earth and there germinated; and in this way complete replicas of sea organisms, or sometimes only parts of individuals, were reproduced in stone. Lhwyd also suggested that fossil plants, known to him only as resembling leaves of ferns and mosses which have minute “seed,” were formed in the same manner. He claimed that this theory explained a number of features about fossils in a satisfactory manner—the presence in England of nautiluses and exotic shells which were no longer found in neighboring seas; the absence of birds and viviparous animals not found by Lhwyd as fossils; the varying and often quite large size of the forms, not usual in present oceans; and the variation in preservation from perfect replica to vague representation, which was thought to indicate degeneration with time.

It does not seem that Lhwyd made any further effort to defend or propound his theory, and he assured Ray in his original letter that “They who have no other aim than the search of Truth, are no ways concerned for the honour of their opinions: and for my part I have always been led thereunto by your example, so much the less an admirer of hypotheses, as I have been a lover of Natural History,”

Ray’s later letters to Lhwyd reiterated his own opinion that fossils were remains of once-living organisms and that the strata in which they are found were once sediments of land floods or sea inundations. He did, however, generously allow a degree of possibility of his friend’s theory; and certainly the republication of Lhwyd’s letter, in English, in the third (posthumous) edition of Ray’s Miscellaneous Discourses (1713) served to bring it to the notice of a much wider readership.

In 1695 Lhwyd contributed notes on the southern counties of Wales to Camden’s Britannia, and out of this there arose an invitation to undertake a work on the natural history of Wales. Eventually it was proposed to include all the Celtic countries and to cover natural history, geology, history, archaeology, and philology. In May 1697, Lhwyd began a great tour which took him through Wales, Ireland, part of Scotland, Cornwall, and across into Brittany. He collected or transcribed many Welsh and Gaelic manuscripts; and when he returned to Oxford in 1701, he intended to publish his researches in two volumes, the first on linguistic studies, the second on archaeology and natural history. The first volume of Archaeologia Britannica appeared in 1707 and contained the first comparative study of the Celtic languages and an Irish Gaelic dictionary. Thus, Lhwyd can be considered the founder of comparative Celtic philology, but owing to his early death the remaining branches of his researches were not published.

I. Original Works. In 1945 R. T. Gunther published Life and Letters of Edward Lhwyd as vol. XIV of his Early Science in Oxford series and included those letters preserved in the Martin Lister and John Aubrey collections at the Bodleian Library, Oxford, in addition to others previously published. Correspondence addressed to Lhwyd is also in the Bodleian.

Lhwyd’s MS collections were originally very extensive; and at his death they were offered for purchase to the University of Oxford and to Jesus College, but the offers were not accepted. They were then sold to Sir Thomas Sebright of Beechwood, Hertfordshire. The Irish portion of the Celtic MSS was presented to Trinity College, Dublin, by Sir John Sebright in 1786. The remainder was sold at Sotheby’s, London, in 1807—see Gentleman’s Magazine 11 (1807), 419—but it is believed that most of these were destroyed shortly afterward in a fire at a bookbinder’s workshop.

Besides Lithophylacii Britannici ichnographia (London, 1699) and the first volume of Archaeologia Britannica (Oxford, 1707), Lhwyd made numerous contributions to the Philosophical Transactions of the Royal Society.

oxford
views updated
Lhuyd, Edward (1660–1709). Scholar. After attending Oswestry Grammar School and Jesus College, Oxford, Lhuyd became under-keeper, and in 1690 keeper, of the newly opened Ashmolean Museum at Oxford. At first his interest was mainly in fossils. But in 1695 he helped Edmund Gibson with the revised edition of Camden's Britannia, contributing ‘the whole business of Wales’. A student of Celtic civilization, he learned Cornish and visited Brittany, and in 1707 published by subscription the first volume of a study of the Celtic language. No second volume was called for. His notes on Celtic antiquity were dispersed at his death, though the Irish portions found their way to Trinity College, Dublin.