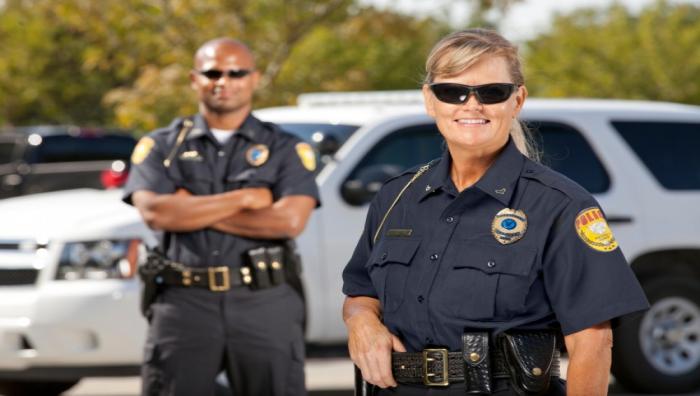 Police work is a specialized and demanding job. Many people are interested in learning more about how to become a police officer. This quick guide will show you what it takes to launch a successful career as a member of the police force.

What Do Police Officers Do?

Police officers enforce laws, fight crime and keep peace in the community. They must be in top physical and mental shape to withstand the stresses of their career. They need to take charge in tough situations and think independently under pressure. They also need the communication skills to deal with a wide range of people in difficult circumstances. They are often exposed to serious danger on the job. Potential recruits should be aware that officers may be injured or even killed in the line of duty. Police work is difficult and challenging. For officers who are well suited to the job, it can also be an extremely rewarding career.

The most basic requirements for becoming a police officer are generally the same:

In some areas, potential police officers must be at least 21 years old before they can apply and start training. These age restrictions vary between locations and police departments. Potential applicants under 21 should check with local authorities.

Disqualifications for Becoming a Police Officer

Some activities can permanently disqualify a person from becoming a police officer. The most common disqualifications are criminal convictions. If a person has had an adult felony conviction, he or she is not allowed to pursue a career as a police officer. Some crimes are even more strictly excluded. No one who has a misdemeanor conviction for domestic violence or a racially motivated crime can join the police force. Any convictions in those two areas will exclude a person from the police academy. DUI convictions can also be deadly to a police career.

Start Building Yourself Up Now as a Role Model

If you are considering a police job, it is important to start acting as a role model before you apply. People planning to enter the police force should avoid excessive drinking, petty crime and illegal drugs. Any problems with the law will make it much more difficult to join the police force. Juvenile convictions cannot be legally used against a person after he or she turns 18, but a criminal past will make it very difficult to apply successfully for police training. Drunk driving and serious traffic citations are also a barrier to entry. Candidates should keep their record clean.

Background checks for police officer candidates include a thorough credit check. If people are found to have low credit scores, they will be penalized in the application process, and they may not make it to the first stage of training. Potential officers can protect themselves by paying all of their bills in a timely manner and not accumulating any unnecessary debt.

A high school diploma or GED is the minimum level of education for people who want to become police officers. Some police departments may require candidates to have a certain number of college credits. This requirement is almost always waived for people who have a history of military service or prior work in the law enforcement profession.

Police departments are generally looking for experience and responsibility, not a specific college degree. Many departments will not take officer applicants until they turn 21, leaving several years after high school to build up a good résumé. College can be a smart choice; especially a degree in criminal justice or a related field. A job in a state park or national park can be a valuable experience for some candidates. Working for a few years before applying to become an officer can help keep debts down and build interpersonal skills.

As soon as you decide to pursue a career as an officer, start thinking about your physical fitness. Officers must be able to run long distances, sprint quickly to catch suspects, and use physical force to detain or subdue people when necessary. They must negotiate a wide variety of dangerous obstacles in the field. Police work is an extremely physical job.

All new officers must pass physical tests. These tests generally include push-ups, running and other strenuous activities. If potential officers do not reach a minimum standard of fitness, they cannot join the police force. People who are interested in becoming officers should build up their strength with regular workouts including cardiovascular exercise and muscle building. Officers need quick reaction times as well as muscle power. Exercises such as trail running and team sports may improve reflexes.

Ride Along with an Officer

Potential police officers should spend some time with working law enforcement professionals to find out if the job is a good fit for them. Some police departments will allow interested people to take part in a “ride-along,” following an officer on the job for a day and experiencing the reality of police work. If you’re planning to go on a ride-along, think in advance about any questions you might have for the officer.

Once a person is accepted for police training, the next step is education in a police academy. Police departments in large cities and urban areas generally have police academies of their own. In rural areas or small towns, you may be sent to a nearby city for training. The course usually takes several months. It may include many, if not all, of the following subjects:

In some areas, police academy training may also include outdoor survival, foreign languages or other specialized skills. Every academy has a slightly different program.

Once candidates have completed training in a police academy, they are examined for competence in all of the subjects they have studied. They are also given physical tests and psychological exams, as well as drug tests. If they pass these examinations, they are qualified to start work as new officers.

New candidates must apply for police jobs after graduation. Some departments recruit people during the process of training, but time spent at a police academy is no guarantee of a job. If there are no local openings, you may need to apply in another city or even another area of the country.

Police jobs are often in high demand. Before applying in a particular city or area, check crime statistics and learn about the local standard of living. Working in a high-crime area can be challenging and stimulating, but it can also be dangerous and stressful. Know your options before you commit to an interview.

Interviewing for a Job as a Police Officer

Like all job interviews, a police interview takes preparation. Make sure your résumé is in good shape, and dress professionally. Be ready to talk about your own skills and ethics. An assertive personality is a big plus when interviewing for a job as a police officer. If you’re not used to big interviews, a family member or friend can help you by taking the time for a practice interview. Take notes after the practice interview and work on the areas where you might be less comfortable.

If you have skills or experiences that may be useful to you as a police officer, remember to list them in your résumé and mention them during the interview. Some possibilities include:

According to the U.S. Bureau of Labor Statistics, police officers can expect to earn a competitive salary. The average police officer salary in America in 2012 was $56,980 per year. Experienced officers or specialists may be able to earn considerably more. BLS figures show that this employment sector is projected to grow by a further five percent during the next decade, making officer training a good financial choice for people who want to pursue a long-term career.

Charles H. Ramsey , Ramsey, Charles H. 1948– D.C. police chief Charles Ramsey gained his reputation with the Chicago Police Department in the early 1990s when he created… Boston Police Strike 1919 , Synopsis To protest poor working conditions and low pay, the Boston police unionized and affiliated with the American Federation of Labor (AFL). Bost… Police , police. For years Britons resisted having a proper police force, because they associated it with repression, especially of the French kind. They also… Jack Ruby , Ruby, Jack RUBY, JACK Jack Ruby was a nightclub owner from Dallas, Texas, who shot and killed Lee Harvey Oswald, the accused assassin of President jo… Secret Police , secret police, policing organization operating in secrecy for the political purposes of its government, often with terroristic procedures. The Nature… How To Become A Police Officer , How to Become a Police Officer Public service is one of the highest callings one can aspire to, but working in the public sector, especially in law e…