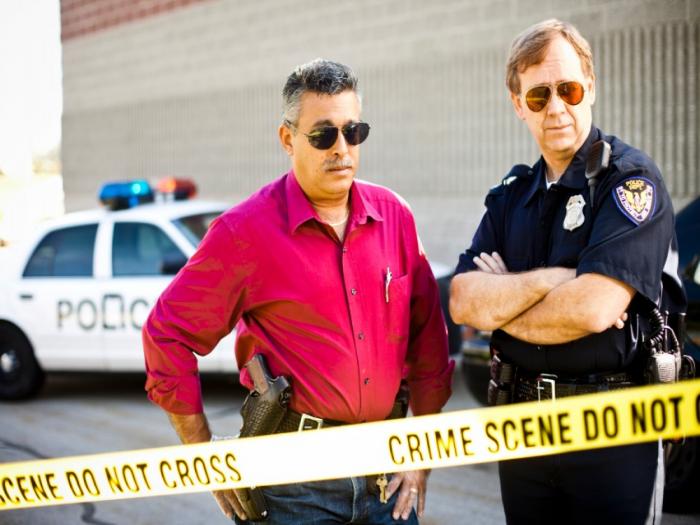 Police detectives are specially trained officers whose duties lie primarily in the investigation of crimes. While there are detectives who investigate nearly every class of major crime in each jurisdiction, most detectives work within a single team dedicated to a single kind of crime, such as vice, theft, murder, and so on. Detectives are usually experienced police officers who are promoted to the role through a combination of earned credentials, assessment, and performance on the job. Once one has the credentials and experience, it is possible to become a detective in a new department without starting over on the career ladder. Not all officers choose to become detectives, either. Some choose to remain in uniformed roles, and advancement to the upper echelons of a career in law enforcement can be achieved on either path.

Those who choose to embark on a police detective career do so because they prefer the investigative role over that of ongoing patrol and law enforcement. In their capacity as investigators, they have the opportunity to take the time to really build a case, weighing on-the-scene reports, physical evidence, and forensic reports as they seek the most likely suspect of a crime. Detectives have to assemble and collate all of this evidence as they work with prosecuting attorneys and uniformed officers, so strong communication skills are a must.

In addition to investigating and assembling the evidence in a case, detective duties also include regularly testifying in court. This is because their narrative and explanation of the evidence is often the key to helping the jury understand how different parts of the case fit together. This makes their participation in the criminal justice system vital.

Most departments will not consider a candidate for a police detective role until they have at least two to three years of job experience. For some, the requirement may be as high as five years. In addition to that, testing for aptitude and knowledge of the law, of police procedures, and of the best practices in investigation is sometimes conducted. Many departments have also begun requiring candidates to hold an associate’s degree or complete 60 college credit hours before qualifying for the promotion. There are many online criminal justice programs that cater to this demand, including both public and private offerings.

Additional training, certification, and credentials are also available, and many departments have ongoing education and training requirements. Typically, these involve regional academies and other professionally-led opportunities rather than formal higher education, although there are departments and roles where higher education and advanced degrees in criminal justice are preferred. Detectives can look forward to career advancement through leadership roles in detective squads and higher, and they hold a rank as an officer separate from their title as detective, giving them mobility if they should choose to change career focus at any point.

For those seeking police detective careers, the outlook is fairly good. An average police detective salary in this role is around $60,000 per year, and over the next few years the demand for this job is expected to grow faster than the economy on average. Depending on the estimate, this growth rate varies between 14 and 19 percent, although most sources do state that local budget fluctuations around the country can change these estimates quickly. Local offices employed about 79 percent of detectives as of 2008.

Professionals currently in law enforcement, advancing an ongoing career through detective work is a great option. It requires a few key personality traits and skill sets, such as honesty and attention to details, but for the right individuals it can empower the growth of leadership skills while providing a versatile, highly independent work environment. For those entering law enforcement, police detective careers are more attainable with the right experience and training, so seeking assignments that foster the right skills becomes essential. That way, candidates are more ready to advance if a detective opening becomes available.

Detective Jobs , Careers and Degrees for Detectives One of the biggest differences between police officers and police detectives is that detectives focus on a specifi… Allan Pinkerton , Pinkerton, Allan Died July 1, 1884 (Chicago, Illinois) Private investigator Allan Pinkerton provided America with a national policing system at a tim… Police Officer Jobs , Police work is a specialized and demanding job. Many people are interested in learning more about how to become a police officer. This quick guide wi… Dna Recognition Instruments , With the advent of molecular detection techniques, the repertoire of forensic tools has grown considerably. The ability to detect deoxyribonucleic ac… Bomb Detection Devices , Forensic investigations often involve determining the nature of damage caused to property and people. Various means of destruction impart telltale si… Police , police. For years Britons resisted having a proper police force, because they associated it with repression, especially of the French kind. They also…