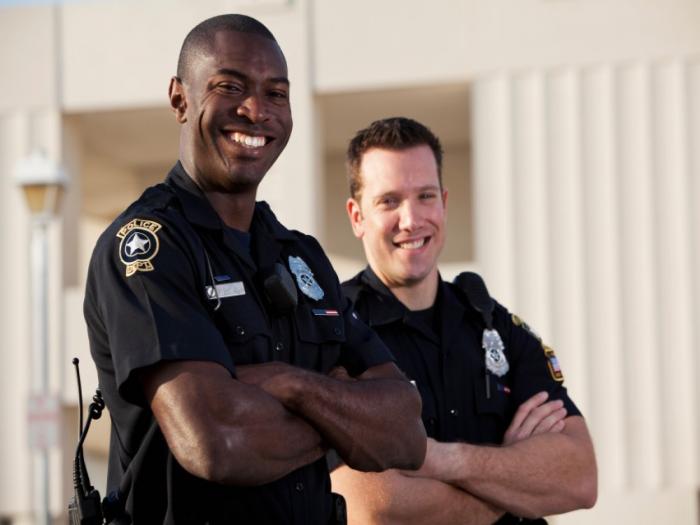 Many people have a desire to protect their community. With adequate training, they may become law enforcement officials. There are many different types of law enforcement jobs available today, due to the demand for qualified individuals who have a commitment to the law. With a wide range of career paths to choose from in this industry, finding something that piques your interest should not be difficult. There are three basic types of these jobs, as well as multiple agencies where employment can be obtained.

This type of officer makes up a majority of the positions available. Often, they follow the traditional roles expected of a law enforcement professional, including the following:

Depending on the exact job description, a uniformed officer may also be assigned a specific duty, ranging from traffic control to border patrol. Officers are generally given jurisdiction over a certain area of the community where they patrol and watch for individuals who are breaking the law in one way or another. Shift work is common, though most law enforcement professionals work more than the required 40 hours per week.

Police academy is required before employment in nearly every state, and it lasts between three and four months. Recruits generally receive training in firearms, patrolling, traffic control, self-defense and emergency response. Upon completion of this training, some of the most common types of uniformed officers include the following:

These officers can be employed by local, state or federal agencies and may move into different positions within those agencies throughout their careers. A person who starts out as a uniformed officer may eventually end up as an investigator following promotion.

Detectives and other investigators are tasked with collecting evidence, both physical and verbal, in order to solve crime. These professionals are not uniformed and generally wear dress clothes while on the job. Like uniformed officers, they are employed by local, state or federal agencies, and they may have started out at the bottom and worked their way up. However, depending on the agency, this type of law enforcement personnel may be hired directly from outside the agency as special agents if there is not a uniformed division.

Some of the most common tasks completed by investigators include the following:

Most of these professionals are specialized in one area, such as fraud, drug enforcement or homicide. Their superiors assign them with cases that are the focus of their work until solved or dropped.

Behind the scenes, there are many different jobs that make law enforcement agencies run effectively. Many of these positions are set up to provide additional support for uniformed officers or investigators, taking over some of the focused tasks that are needed to complete an investigation. For example, an investigation may be conducted by an officer, but the evidence gathered may be inventoried by a technician who specializes in that area.

Some of these positions require extensive training in one certain area, and many require a college degree. Alternately, some of these types of jobs may be taken by officers who have advanced in their careers. Support positions that are often required within a law enforcement agency include the following:

A support position may be held by a trained individual either within an agency or in a lab that serves multiple agencies. In many instances, a case cannot be solved without the assistance of an individual or team of support staff.

Anyone interested in law enforcement jobs should look into the training required for a specific agency or type of policing.

State Trooper Jobs , Degrees and Careers for State Troopers State troopers and highway patrol officers help to protect and serve their community in the field of criminal… ATF Agent Jobs , Degrees and Careers for ATF Special Agents ATF agents are employed across the country with the Bureau of Alcohol, Tobacco, Firearms, and Explosives,… Allan Pinkerton , Pinkerton, Allan Died July 1, 1884 (Chicago, Illinois) Private investigator Allan Pinkerton provided America with a national policing system at a tim… Police Detective Jobs , Police Detective Police detectives are specially trained officers whose duties lie primarily in the investigation of crimes. While there are detectiv… Posse Comitatus Act , Posse Comitatus Act (1878) Michael I. Spak and Donald F. Spak Posse comitatus means "the power or force of the county." The term refers to a doctrine… Fbi Agent Jobs , FBI Agent Jobs Currently, there are more than 18,000 special agents working for the Federal Bureau of Investigation, making it one of the largest law…