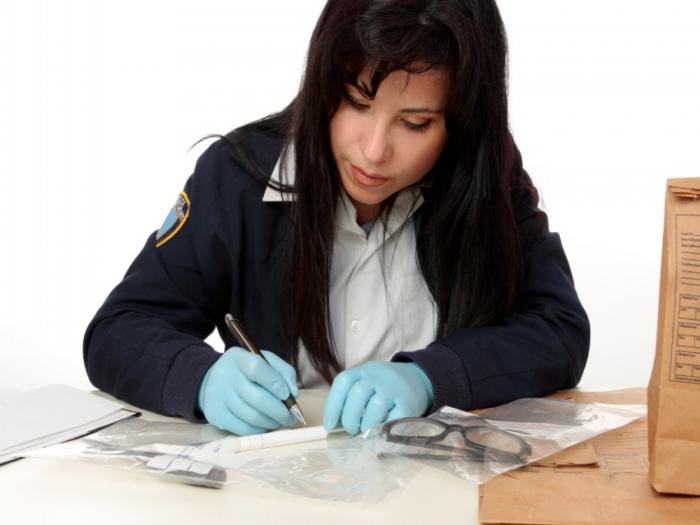 Degrees and Careers for Forensic Scientists

No matter the type of forensic science, forensic science degrees focused on chemistry, math, English and biology are often great choices for aspiring forensic scientists. Students might want to think about learning more about note-taking and public speaking as well.

Levels of degrees often offered for forensic majors include certificates, master’s degrees and doctorates. No matter which level of education is desired, it’s best that the program is fully accredited by the Forensic Science Education Programs Accreditation Commission. Programs should also adhere to the education standards and guidelines set by the National Institute of Justice. Such guidelines include that programs focus on public speaking, scientific writing, the use of computer software applications and laboratory skills.

Once enrolled in a forensic science degree program, students should expect to take anywhere from 36 to 40 hours of general education courses concentrated on humanities, math, language classes, writing and social sciences. Programs often include as many as 38 hours of natural sciences, which include biology, organic chemistry, statistics, calculus and physics.

For graduate level degrees in forensic science, students will do well to first earn an undergraduate degree in either forensic science or natural science. Once enrolled in a master’s degree program, students will most likely learn about analytical thinking skills, problem-solving abilities and specialized knowledge.

Forensic scientists also have the option of obtaining a doctoral degree, if they have a desire to become a forensic researcher. Such high-level degree programs are often centered on the fundamentals of physical evidence, investigating crime scenes, comprehending where science and law intersect, and the basic concepts of professional responsibility and ethics.

As far as salary, in 2012 the BLS reported that those with forensic science degrees and careers earned roughly $52,800 a year. The lowest ten percent earned less than about $32,200 while the highest ten percent made more than approximately $85,200.

Anyone interested in a career as a forensic scientist may be more comfortable with an online degree program. Such programs are often an ideal match for students who would like to work while attending school as well as those who live far away from the school of their choice.

Masters in Forensic Science , With the growing popularity in shows that involve crime scene investigation (CSI) or law enforcement, students have demonstrated a growing interest i… Online Forensic Science Degree , Online Forensic Science Degree What is Forensic Science? Forensic science applies the natural sciences to the matter of law by employing scientific p… Science Education , overview robert e. yager preparation of teachers robert e. yager OVERVIEW Science has become an important component in the K–12 curriculum in America… Science , Science I. THE HISTORY OF SCIENCEThomas S. Kuhn As an independent professional discipline, the history of science is a new field still emerging from… Computer Science Degrees , As technology has become an increasingly prominent foundation of modern businesses and lifestyles within the past few decades, Computer Science has r… Online Masters in Education , Master’s Degree in Education Programs Individuals who desire to become leaders in education, bolster their teaching skills or advance in their curren…