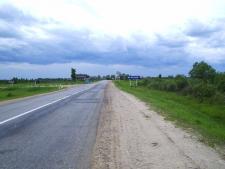 oxford
views updated
Yaroslavl (Jaroslavl’) City and river port on the Volga, w central Russia; capital of Yaroslavl oblast. The oldest town on the Volga (founded 1010 by Yaroslavl the Great), it was capital of Yaroslavl principality when absorbed by Moscow in 1463. From March to July 1612 it served as Russia's capital. It boasts many historic buildings. Yaroslavl is a major rail junction. Industries: linen, diesel engines, construction equipment, oil refining, petrochemicals, plastics. Pop. (2002 est.) 611,300.

Partitions Of Poland , partitions of Poland: The basic causes leading to the three successive partitions (1772, 1793, 1795) that eliminated Poland from the map were the dec… Hamilton (bermuda) , Hamilton Capital and chief seaport of Bermuda, on Great Bermuda, at the head of Great Sound. Founded in 1790, it became the capital in 1815 and was m… Vyatka , Vyatka (formerly Kirov) City and river port on the w bank of the Vyatka River, w Russia; capital of Kirov region. Founded as Khlynov in 1174, it was… Ulan Bator , Ulan Bator (Ulaanbaatar, formerly Urga) Capital of Mongolia, on the River Tola. Ulan Bator dates back to the founding of the Lamaistic Temple of the… Astana , Astana (formerly Aqmola) Capital-designate of Kazakstan, on the River Ishim in the steppes of n central Kazakstan. Under Soviet rule, Aqmola function… Brest , Brest (brĕst), formerly Brest-Litovsk (–lĬtôfsk´), Pol. Brześć nad Bugiem, city (1989 pop. 258,016), capital of Brest region, W Belarus, at the confl…