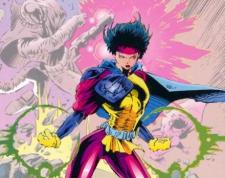 JUBILEES, BOOK OF , pseudepigraphic work dating from the middle of the Second Temple period. It purports to be the secret revelation of the angel of the "Divine Presence" to Moses, upon his second ascent to Mount Sinai.

The original title of the book seems to have been: "Book of the Divisions of the Seasons According to their Jubilees and their Weeks" (see R.H. Charles (ed.), Fragments of a Zadokite Work (1912), 20:1). It was later shortened to "The Jubilees" (οὶ'Ιωβηλαῖοι or τἁ ᾽Ιωβηλάῖα) or "The Little Genesis" (ὴ λεπτὴ Γένεσις), but it was also given such incorrect titles as "The Testament of Moses," and "The Apocalypse of Moses." Although the original language of the book was Hebrew, all the extant versions (Latin, Ethiopic) are translations from the Greek, as is clearly evident from the exegesis of the proper names, scribal errors, etc. Several fragments, apparently in the original Hebrew, have been found in the Qumran caves.

The book is in the form of a monologue in the first person on the part of the angel of the "Divine Presence," in which he recapitulates the contents of the Bible, at the same time providing an exact date for the events and stories, calculated according to the jubilee year, the sabbatical year and the year of the sabbatical cycle, and sometimes giving even the month and the day. Occasionally he remains entirely faithful to the biblical narrative, but more often he makes changes. He adds material, deletes, gives novel and different reasons for occurrences, and also adds names of wives to those of the men mentioned in the biblical narrative. Besides the new aggadic material (only some of which is hinted at or contained in talmudic and traditional midrashic sources), the author also makes halakhic innovations. According to the author, the Commandments were written on the "tables of heaven" before they were given to man. Some of them (such as circumcision, the Sabbath, and Shavuot) are also performed by the angels, and some were also kept by the patriarchs. The reasons given for the commandments frequently differ from those found in the Bible. In contrast to the traditional view, Shavuot is said to commemorate the renewal of the covenant between God and man after the Flood (6:17); Noah and his descendants, as well as Abraham and Jacob, already observed it; Sukkot is said to have already been celebrated by the patriarch Abraham (16:21–31), and the "Eighth Day of Assembly" (Shemini Aẓeret) to have been instituted by Jacob (when he received the appellation "Israel"). The Day of Atonement was also given a "historical" etiology, it being the day that Joseph was sold (34:18–19). The hallowed position of the tribe of Levi is also explained – not as due to their zeal at the time of the transgression of the Golden Calf (Ex. 32:29 et al.), but as a reward for the action of Levi in Shechem, where they killed those guilty of immoral conduct (30:17–20; 32:1–3).

The book opposes all intimacy with gentiles (22:16; 25:5) and is extremely stringent in its interpretation of the Sabbath laws. It even opposes mandatory fighting and sexual intercourse on the Sabbath. According to it, even slaves are obligated to fulfill the commandment of dwelling in sukkot (16:21). Like the rabbinical halakhah (cf. Mishnah Rosh Ha-Shanah 1:1), the author is cognizant of four different "new years," but neither all the dates nor the significance ascribed to them are identical. His four new years are the first day of the first, the fourth, the seventh, and the tenth months. Their significance is not a function of normal agricultural life but, rather, of cosmic events which occurred at the time of the Flood (the beginning of the construction of the ark and the day when the land became dry after the Flood; the day when the mouths of the depths of the abyss of the earth were opened and the waters began to descend into them; and the day when the tops of the mountains became visible: 6:15–28). The date of Shavuot is fixed in accord with the interpretation that "the morrow of the Sabbath" (Lev. 23:16) refers to the first Sunday after Passover, so that it always fell on Sunday. It is mainly for this reason that the author ordained the use of the solar *calendar (already familiar from the Book of *Enoch and the *Dead Sea Scrolls), which contained exactly 52 weeks, each month having 30 days except for the third, the sixth, the ninth, and the twelfth months which have 31. In contrast to the *Pharisees (who also disagreed with this interpretation of "on the morrow of the Sabbath"), Jubilees maintains the literal observance of the phrase "an eye for an eye." Neither does the author believe in the Pharisaic doctrine of the resurrection of the dead, but only in the immortality of the soul (23:31) and, again in contrast to the Pharisees, he lays stress on the deterministic element in human affairs. Angels (both good and bad) rule the world, but the war between good and evil will continue until "the day of judgment." At the end of days, the author envisions a Messiah from the tribe of Judah (31:12f.) and another from the tribe of Levi.

The biblical text reflected in the work is not always identical with the Masoretic Text. Sometimes it parallels that of the Septuagint and sometimes the Samaritan text, e.g., in the calculations connected with the enumeration of the ten generations from Adam to Noah. In view of this, as well as several other points which also differ from the traditional interpretation, it is obvious that the author was not a Pharisee (nor do his halakhot represent any stage of "early halakhic development"). The author's views are similar to those found in the First Book of Enoch and, to a lesser extent, in the Testaments of the Twelve *Patriarchs.

Jubilees is mentioned in the literature of the community of *Qumran, and fragments of it were found in the Qumran caves. Its ideological tenets are similar to those of the community of Qumran (the immortality of the soul, the calendar, and the hegemony of Belial in the mundane sphere). In short, it was most probably one of the basic texts written and used by this sect – which was apparently early *Essene (see *Dead Sea Sect). From several details concerning events which he relates, and from the particular religious prescriptions which he stresses – for example, he "knows" that the children of Israel will abandon the ordinance of circumcision (15:33) and that the children of Israel will acquire hegemony over the Philistine cities (24:28–32; cf. i Macc. 5:68; Ex. 84) and over Idumea (38:14) – the author seems to have lived at the end of John Hyrcanus' reign (135–104 b.c.e). The book greatly influenced later midrashic literature (Midrash Tadsheh; Pirkei de-Rabbi Eliezer; Genesis Rabbati). It is the source of the legend found in the famous liturgical piyyut ("Elleh Ezkerah") recited on the Day of Atonement, according to which Joseph was sold by his brethren on the Day of Atonement. The book had a particularly great influence over *Beta Israel, whose ritual observances and whose calendar (particularly in respect to the date of Shavuot) are based upon it.

oxford
views updated
Jubilees, Book of. Pseudepigraphic Jewish book. The Book of Jubilees dates from the second Temple period and is supposedly the revelation of an angel to Moses. It consists of a recitation of the events of Genesis 1–Exodus 12, as dated according to jubilee years. The Falashas have based their calendar upon its calculations.

Midrash , Midrash MIDRASH (Heb. מִדְרָשׁ), the designation of a particular genre of rabbinic literature containing anthologies and compilations of homilies, in… Malachi , Malachi, Book of MALACHI, BOOK OF , the last (12th) book of the section of the Bible called *Minor Prophets. In the Qumran fragment 4qxiia, however,… Old Testament , Old Testament, Christian name for the Hebrew Bible, which serves as the first division of the Christian Bible (see New Testament). The designations "… Joshua , Joshua, Book of The first book of the Bible after the Pentateuch; it stands at the beginning of the collection that the classical division of the Heb… Balaam , Balaam BALAAM (Heb. בַּלְעָם, בִּלְעָם), son of Beor, a non-Israelite diviner famous for his effectiveness, enlisted by Balak, king of Moab, to prono… Manual Of Discipline , Discipline, Manual of DISCIPLINE, MANUAL OF ("The Sectarian Document" or "The Rule of the Community"; Heb. סֶרֶךְ הַיַּחַד, Serekh ha-Yaḥad; abbr. 1q…