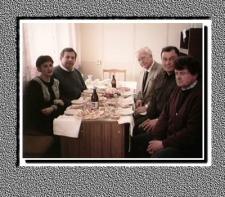 The French educator and philosopher Victor Cousin (1792-1867) helped to reorganize the French primary school system. He also established the study of philosophy as a major intellectual pursuit of the French secondary and higher schools.

Victor Cousin was born in Paris in the midst of the Revolution on Nov. 28, 1792, the son of a poor watchmaker. Like most boys of humble birth at that time, Cousin languished in the streets awaiting the appropriate age to enter an apprenticeship. When he was 11, a fateful event altered the course of his life: in a street fight between schoolboys Cousin came to the rescue of the underdog, whose mother was looking on. A woman of means, she gratefully paid for Cousin's schooling at the Lycée Charlemagne, where he became one of the most brilliant students in the school's history. He continued his successful scholarly career first as a student at the prestigious école Normale, where he decided on a career in philosophy, and then as a teacher of philosophy and in several schools, and finally as a professor at the Sorbonne.

In 1817 and again in 1818 Cousin traveled to Germany to meet the leading lights of German letters, J. W. von Goethe, Friedrich Schleiermacher, Friedrich von Schelling, and, most important of all, G. W. F. Hegel. According to Cousin's "eclecticism," as he called his approach, the human mind can accept all carefully thought-out and moderate interpretations of the world. No system of thought is seen to be false, merely incomplete. By studying the history of philosophy, and Cousin directed his students to choose from each system what is true in it and in so doing to arrive at a complete philosophy. The introduction of the history of philosophy and as a major discipline in higher schools in France is a lasting accomplishment of Cousin. He organized the history of philosophy in two major works: Cours de l'histoire de la philosophie (Course of the History of Philosophy), written and revised between 1815 and 1841, portions of which have been translated into English; and the widely read Du vrai, du beau, et du bien (1836), which has been translated into English under the title Lectures on the True, the Beautiful, and the Good, and which came out in 31 editions over 90 years.

During the repressive years of the Bourbon restoration (1820-1830), Cousin, considered too liberal, was fired from the Sorbonne. While traveling in Germany during that time, he was jailed for 6 months for being a liberal agitator, a charge that was wholly unfounded.

In the government of the July Monarchy (1830-1848) Cousin rose to the heights of power and success as an educator and statesman. As a member of the Council of State and later as a peer, he exercised the major influence over French schools and universities. Because of his knowledge of Germany, Cousin was sent to study the successful primary school systems of several German states, especially Prussia. His book Report of the State of Public Instruction in Prussia (1833), recommending reforms to the French, was read abroad and stirred many Americans, Horace Mann and Calvin Stowe among other, to visit Prussia to learn how the budding American common school could best be guided in its development. The Guizot Law of 1833, which was a constitution for the French primary school system, was written by Cousin and based on his Report.

The Revolution of 1848 left Cousin without a job. Yet his influence continued to be felt into the next two generations, since the leaders of the French nation were the graduates of the schools that for 18 years had felt the imprint of Cousin's dynamic style, thought, and personality. Cousin never married. His voluminous correspondence, which continued steadily until his death, attests to close friendships with many leaders in Europe and North America.

French philosopher and founder of eclecticism: b. Paris, Nov. 28, 1792; d. Cannes, Jan. 13, 1867. Raised in a working-class family, Cousin completed his studies brilliantly at the secondary level before entering the École Normale (1810). Starting as an assistant to P. P. Royer-Collard (1763–1843) in the Faculty of Letters (1815), he later became titular professor (1830). The eloquence of his lectures and the novelty of his ideas brought him tremendous success.

At first (1815–16), Cousin sought inspiration from the scottish school of common sense, as well as from

P. Laromiguière (1756–1837), Royer-Collard, and maine de biran. These thinkers had a long, lasting effect on him, and—along with Plotinus, Kant, Schelling, and Hegel, whom he also studied—helped him to untangle himself from the sensism of E. B. de condillac. In 1818 Cousin began teaching eclecticism, holding that there were in philosophy four opposing systems: idealism, materialism, skepticism, and mysticism—no one system being entirely true or entirely false. To arrive at the full truth, all four must be coordinated into a higher synthesis. Strongly influenced by Hegelianism, Cousin leaned toward pantheism (Fragments philosophiques, 1826) while professedly disassociating himself from it.

The essential themes of his teaching are these: (1) the God of conscience is at once infinite and finite; (2) creation ex nihilo is unthinkable; creation is the necessary production of phenomena from the divine substance; (3) history is, therefore, the development of God in the world and in humanity (Cours d'histoire de la philosophie moderne, 5 v. 1841–46; Études sur Pascal, 1842; Nouveaux fragments philosophiques, 1847); and (4) thought arises from the "impersonal reason," immanent to the soul, the center of spontaneous inspiration, and the principle of all religion. Religion is a human work, stimulated by the divine within man.

Later, seeking to find a norm superior to individual inspiration, Cousin entrusted to history the duty of judging true doctrine from false: history saves what is valuable and eliminates what is not. This "judgment of history" is itself the effect of a certain idea of the true that is innate to conscience. From this time on, Cousin considered his teaching to be a type of spiritualism, that is, a doctrine propounding "the spirituality of the soul, the liberty and responsibility of human actions" and positing "beyond the limits of this world a God, author and type of humanity" (Du vrai, du beau et du bien, 1853).

A peer of France, director of the École Normale, minister of public education (1840), Cousin retired in 1851. Although the influence of his thought was at first considerable, its importance steadily declined after 1850 under pressure from positivism. From another quarter, Catholic philosophers decried the rationalism that had inspired it and had made of revelation "an illusion and an impossibility." What primarily remains of Cousin's work is his historical contribution. This includes Cours d'histoire de la philosophie morale au XVIII e siècle, 5 v. 1840–41; Philosophie de Kant, 1842; Histoire générale de la philosophie, 1863; and studies of scholastic philosophy contained in Nouveaux fragments, 1847.

Josiah Royce , The American philosopher Josiah Royce (1855-1916) was the last and the greatest spokesperson for systematic philosophical idealism in the United Stat… Jacques Derrida , Derrida, Jacques Derrida, Jacques 1931-2004 Jacques Derrida was one of the most original and influential French philosophers in the contemporary worl… Susanne Knauth Langer , Langer, Susanne K. One of the most widely read philosophers of the twentieth century, Susanne K. Langer (1895–1985) was also a pioneer in the field a… Nachman Krochmal , Krochmal, Nachman KROCHMAL, NACHMAN KROCHMAL, NACHMAN (ReNaK ; 1785–1840), philosopher, historian, one of the founders of the "science of Judaism" (*… George Santayana , George Santayana (1863-1952), Spanish and American philosopher, developed a personal form of critical realism that was skeptical, materialistic, and… Eclecticism , Ancient eclecticism, according to the second century c.e. doxographer Diogenes Laertius, began with Potamon of Alexandria, who broke with traditions…