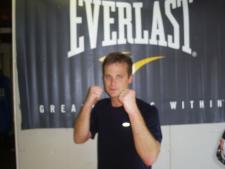 During his long career as an economist, James Edward Meade made major contributions to many fields, including national income accounting, economic growth, public finance, and welfare economics, as well as the two most important, for the discipline and for the world economy, macroeconomics and international economics (trade and finance). For his contribution to international trade and finance he was awarded the 1977 Nobel Memorial Prize in Economics jointly with Swedish economist Bertil Ohlin (1899–1979).

As an undergraduate at Oriel College, Oxford, Meade switched from the study of classics to economics, motivated by the serious unemployment problem in Britain in the 1920s. Upon graduation with first-class honors in 1930, he was appointed to a fellowship in economics at Hertford College, which first allowed him a postgraduate year at Trinity College, Cambridge. He swiftly became a member of the Cambridge “circus” of young economists—including Richard Kahn (1905–1989), Austin Robinson (1897–1993), Joan Robinson (1903–1983), and Piero Sraffa (1898–1983)—whose criticism of John Maynard Keynes’s (1883–1946) A Treatise on Money (1930) set Keynes on the path to The General Theory of Employment, Interest, and Money (1936). Meade returned to Oxford already a “Keynesian” in the modern (i.e., post-1936) sense, and published the first Keynesian economics textbook, An Introduction to Economic Analysis and Policy, in 1936. Throughout his career his main concern was with the contribution economic analysis can make to practical economic policy. One of several young Oxford economists advising the Labour Party in the 1930s, he was a “liberal socialist” who believed in using the market mechanism for egalitarian ends. He was also a convinced believer in international political and economic cooperation.

In 1937 Meade joined the Financial Section of the League of Nations and wrote two of its World Economic Surveys before World War II (1939–1945), when he returned to England to work for the British government. In government, he and Richard Stone (1913–1991) prepared the first modern double-entry social accounts for any country, published as An Analysis of the Sources of War Finance and an Estimate of the National Income and Expenditure in 1938 and 1940, accompanying the first “Keynesian” budget of April 1941. He then concerned himself with planning postwar macroeconomic policy. It was Meade who wrote, in March 1943, the first draft of what became the wartime coalition government’s Employment Policy (1944). He was also a founding father of the GATT (General Agreement on Tariffs and Trade). To complement Keynes’s “clearing union” plan for the postwar international currency system, Meade proposed an “international commercial union” to restore multilateral trade and remove trade restrictions after the war. The two plans formed the basis of the British contributions to wartime Anglo-American discussions on the postwar international economic order. Meade’s ideas bore fruit in the Anglo-American Proposals for Consideration by an International Conference on Trade and Employment of December 1945, and he served on the preparatory commission for the conference that drew up the charter for an International Trade Organization. Although the charter was not ratified, its main principles were incorporated in the GATT, negotiated in Geneva in 1947.

Meade returned to academic life in 1947 as Cassel Professor of Commerce with special reference to international trade at the London School of Economics. There, as a direct result of his wartime work on economic policy, he was to make his most lasting contributions to economic theory when he began to write on international economic policy. He began by constructing a general-equilibrium comparative static model for an economy open to trade and capital flows, synthesizing Keynesian and classical theory and extending it in order to analyze the effects of different policy instruments and other variables on internal and external balance. The result, The Theory of International Economic Policy, Volume 1: The Balance of Payments (1951a), and its supplement containing the mathematical model (1951b), was the first systematic exploration of the relationship between domestic and international equilibrium. The model has become “part of the baggage of every economist” (Corden and Atkinson 1979, p. 529), the most important single influence behind the development of open-economy macroeconomics in the next four decades.

The equally pathbreaking second volume, Trade and Welfare (1955a, 1955b), made three major and lasting contributions to economics: a fundamental reformulation of the theory of economic welfare to make it both operational and more widely applicable; the use of this new theory to analyze controls on factor movements as well as controls of trade; and the extension of the analysis from two-country models to a many-country world, including its application to the theory of customs unions (1955c). He originally drafted much of the book on the basis of the “new welfare economics” of the late 1930s, but he rewrote it to utilize the work (1951) of his former wartime colleague, Marcus Fleming (1911–1976). “It was a brilliant feat of imagination … to realize … [Fleming’s method] was capable of large-scale generalization into a powerful tool for welfare analysis of practical policy problems, and an act of great intellectual honesty and courage for him to scrap his existing draft and rework the whole problem on the new approach” (Johnson 1978, p. 73).

From 1968 Meade was based in Cambridge, first as professor of political economy in succession to Dennis Robertson (1890–1963), A. C. Pigou (1877–1959), and Alfred Marshall (1842–1924). He worked on the theory of economic growth (1961a) and income distribution for ten years before returning to macroeconomics to lead a major research project on Stagflation (Meade 1982; Vines et al. 1983). He concentrated on the reform of wage-fixing arrangements, in order to solve the problem of the dual function of the price mechanism: The prices of goods and factors of production that promote the most efficient use of resources may well produce an unacceptably unequal distribution of income. His consistent concern for both efficiency and equality is spelled out most clearly in Efficiency, Equality, and the Ownership of Property (1964), which he himself regarded as his best book. It was also a feature of two “Meade Reports,” The Economic and Social Structure of Mauritius (1961b) and The Structure and Reform of Direct Taxation (1978), and his final book Full Employment Regained? An Agathotopian Dream (1995). An inveterate explorer of improvements in economic arrangements, he should be remembered for his practical contributions as well as for his theoretical achievements.

Meade, James E., et al. 1961b. The Economic and Social Structure of Mauritius: Report to the Governor of Mauritius. London: Methuen.

Fleming, J. Marcus. 1951. On Making the Best of Balance of Payments Restrictions on Imports. Economic Journal 61: 48–69.

Tjalling Charles Koopmans , Tjalling Charles Koopmans, who shared the 1975 Nobel Memorial Prize in Economic Sciences with Leonid Kantorovich (1912–1986), was born in Graveland,… Jan Tinbergen , When the Nobel Foundation initiated an award in economic sciences in memory of Alfred Nobel, it was no surprise that the first award in 1969 went joi… Paul Anthony Samuelson , Samuelson, Paul A. 1915- BIBLIOGRAPHY If one could do a mental time-and-motion study of a modern economic theorist at work, a large fraction of what… Karl Polanyi , Polanyi, Karl Polanyi, Karl Karl Polanyi (1886—1964), whose concept of substantive economics did much toward integrating the study of economics with… Joan Violet Robinson , Joan Violet Maurice Robinson Joan Violet Maurice Robinson The English economist Joan Violet Maurice Robinson (née Maurice; 1903-1983) was one of the… Ragnar Frisch , Frisch, Ragnar Frisch, Ragnar 1895-1973 The Norwegian economist Ragnar Frisch was a dominant force in the development of economics during the inter-w…