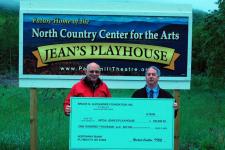 The son of Dr. Abram V. Conklin and Nancy Maria Hull, Conklin was educated in the public schools of Waldo and received his B.A. from Ohio Wesleyan University (1886) and his Ph.D. from Johns Hopkins (1891). From a prosperous and religious family, he seriously considered entering the ministry before ultimately choosing an academic career. In 1889, while still a graduate student, he married Belle Adkinson, who remained his constant companion until her death in 1940. From 1885 until 1888 Conklin taught at Rust University in Mississippi, from 1891 to 1894 at Ohio Wesleyan, from 1894 to 1896 at Northwestern University, and from 1896 to 1908 at the University of Pennsylvania. In 1908 he accepted a call from Woodrow Wilson, then president of the university, to become professor of biology and chairman of the department at Princeton, a position he held until his retirement in 1933.

Possessed of good health and considerable energy, Conklin was a prodigious investigator and scholar, as well as an indefatigable lecturer, writer, and teacher. Quiet and dignified in manner, he had a warmth and generosity that won the respect not only of his colleagues but also of his students, graduate and undergraduate alike.

Conklin was a member of numerous professional and biological organizations, including the American Philosophical Society, the Academy of Natural Sciences of Philadelphia, the Wistar Institute, the Marine Biological Laboratory and the Woods Hole Oceanographic Institute, the American Academy of Arts and Sciences, and the National Academy of Sciences. He was elected president of the American Society of Zoologists (1899), the American Society of Naturalists (1912), and the American Association for the Advancement of Science (1936). In addition, he was invited to membership in a number of foreign scientific societies, including the Königliche Böhmische Gesellschaft der Wissenschaften, the Royal Society of Edinburgh, the Zoological Society of London, the Académie Royale de Belgique, the Istituto Lombardo (Milan), and the Accademia Nazionale dei Lincei (Rome). He also served on the editorial board of a number of journals, including Biological Bulletin (Woods Hole), Journal of Morphology, Journal of Experimental Zoology, Genetics, and Quarterly Review of Biology.

Outside of his scientific and professional work, Conklin held a long-standing interest in the philosophy of biology and in the relations between science and human values. Many of his lectures, papers, and books dealt with the often hazy but important ground between pure science and the application of science to social problems.

From his rural background Conklin developed an early interest in natural history, which was encouraged by one of his teachers at Ohio Wesleyan, Edwin T. Nelson. After teaching Latin, Greek, English, and most of the sciences at Rust University (a missionary college for black students) from 1885 to 1888, Conklin embarked on graduate study at Johns Hopkins University, taking physiology under H. Newell Martin, geology and paleontology under W. B. Clark, and morphology under W. K. Brooks. Among his fellow students at Hopkins were H. V. Wilson, S. Watase, T. H. Morgan, and Ross G. Harrison. The intellectual atmosphere of Hopkins was an immense stimulus for scholarly work, as Conklin remarked: “It was as if I had entered a new world with new outlooks on nature, new respect for exact science, new determination to contribute to the best of my ability to ‘the increase and diffusion of knowledge among men’” (Harvey, p. 61).

For his dissertation Conklin studied the cell lineage of Crepidula, a gasteropod, under the direction of W. K. Brooks. Cell lineage studies were an attempt to follow the fate of daughter cells during embryonic cleavage, from the fertilized egg through later states, such as gastrulation. Conklin felt that homologies, established by comparing early development in various groups of organisms, could provide useful morphological data for understanding evolutionary relationships. This belief was borne out in the summer of 1891 at Woods Hole, when Conklin compared his notes on Crepidula with E. B. Wilson’s similar work on the annelid Nereis. Both Wilson and Conklin were surprised to discover the homologous patterns of cleavage in two groups, which up to that time were thought to be only distantly related.

In addition to his cell lineage studies, Conklin also carried out detailed investigations on mitosis (using Crepidula) and on the embryology of Amphioxus. While most of his investigations were observational, Conklin nonetheless was a strong proponent of experimental biology. Along with T. H. Morgan and Jacques Loeb, Conklin felt that experimental work had been neglected in biology far too long and that, while valuable, observation alone failed to answer many important questions.

Outside of his main area of embryology, Conklin was also interested in evolution and natural selection. He wrote numerous papers on Darwinism, explaining aspects of the theory to lay as well as scientific audiences and defending it against religious and social bigotry. In conjunction with his interest in evolution he also had an interest in the “nature” versus “nurture” controversy in the study of human development. One of his first books, Heredity and Environment in the Development of Men (1915), was devoted to an examination of the roles of heredity and environment in shaping human physical, mental, and moral characteristics.

Beyond questions of strictly scientific concern, Conklin was interested in the relationship between science, philosophy, and society. For many years at Princeton he taught a seminar in the philosophy of biology, and he lectured frequently on such topics as “Science and the Future of Man” (1930), “Science and Ethics” (1937), and “The Biological Basis of Democracy” (1938).

Although Conklin was associated with a number of scientific institutions, he was particularly devoted to the affairs of three: Princeton University, the American Philosophical Society, and the Marine Biological Laboratory. He served each of these institutions in various administrative and scholarly capacities. Under his guidance biology at Princeton became a highly popular field of study, and the department a smoothly functioning and stimulating place to work. Conklin twice served as president of the American Philosophical Society (1942–1945, 1948–1952), and from 1897 until 1933 he served the Marine Biological Laboratory faithfully as a member of its board of trustees. Along with T. H. Morgan and Ross G. Harrison, he was a founder of the Journal of Experimental Zoology in 1904 and remained a member of its editorial board until his death.

Conklin’s contribution to American biology lay principally in the area of general morphology and embryology. He worked at a time when embryology was emerging from domination by evolutionary questions and was becoming a science with its own set of questions and assumptions. Conklin’s cell lineage studies bridged this gap. They were undertaken originally to show evolutionary relationships between groups of invertebrates through homologies in early embryonic development. They came later, however, to shed important light on the embryological question of mosaic versus regulative development.

In addition, the following works provide an insight into Conklin’s many writings on evolution, ethics, and the human condition: Heredity and Environment in the Development of Men (Princeton, 1915), the Norman W. Harris lectures for 1914, delivered at Northwestern University; The Direction of Human Evolution (New York, 1921); “Science and the Future of Man,” Brown University Papers no. 9 (1930); “Science and Ethics,” in Science, 86 (1937), 595–603; and “The Biological Basis of Democracy,” The Barnwell Address no. 62 (1938).

Benjamin Silliman , SILLIMAN, BENJAMIN chemistry, mineralogy, geology. Graduated from Yale College in 1796, Silliman was diverted from following his father and grandfath… Scientism , Advocates of the doctrine of scientism believe that the boundaries of science (that is, typically the natural sciences) could and should be expanded… Hans Spemann , Spemann, Hans SPEMANN, HANS embryology. Spemann was the eldest of four children of a well-known book publisher, Johann Wilhelm Spemann, and the forme… Julian Huxley , Huxley, Julian HUXLEY, JULIAN embryology, ethology, evolution, eugenics, secular humanism, popularization of science. Huxley developed grand synthese… John Tyndall , natural philosophy, microbiology, popularization of science. Tyndall was the son of John Tyndall, an ardent Orangeman who was at different times a sm… Thomas Hunt Morgan , Morgan, Thomas Hunt MORGAN, THOMAS HUNT embryology, genetics. Although known best for his studies in heredity with the small vinegar fly Drosophila m…