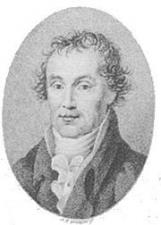 Sprengel was the last child of Ernst Victor Sprengel (1686–1759), Archdeacon of St. Gotthardt-Gemeinde, and his second wife, Dorothea Gnadenreich Schaeffer (d. 1778); and he was the fifteenth child of two marriages.1 He entered Halle University in 1770 to study theology and philology. Four years later he began teaching in Berlin at the Friedrichs-Hospital School and at the royal military academy. In 1780 he was appointed rector of the Great Lutheran Town School at Spandau, where he taught languages and natural science. His friend Ernst Ludwig Heim, a physician and mycologist, gave instruction in botany to both Sprengel and Alexander von Humboldt. Sprengel in turn shared his knowledge of the Spandau flora with Carl Willdenow. Sprengel’s two brothers, Johann Christian and Joachim Friedrich, also studied theology at Halle,2 The latter taught for a time at the Realschule in Berlin, specializing in history, botany, and mineralogy, and was the father of the botanist Kurt P. Sprengel.

In the summer of 1787 Sprengel began observing the pollination of Geranium flowers. These relationships of flower structure, insect visitors, and pollination mechanisms occupied him for the next six years and culminated in the publication of his great work, Das entdeckte Geheimniss der Natur im Bau und in der Befruchtung der Blumen, in 17933 Printed in double-column format, it had twenty-five copperplates crowded with 1,117 drawings of floral parts representing 461 species. The striking title page also served as a plate, since the wide border comprised twenty-eight insect and flower drawings. Although it became a milestone on the road to understanding the biology of flowers, Sprengel was greatly disappointed at the book’s reception.

Although J. G. Koelreuter had already noted some of the relationships of floral parts, nectar, and insects to pollination. Sprengel went much further in stating that the structure of the flower can be interpreted only by considering the role of each part in relation to insect visits. He noted that color and scent are attractions; that the corolla markings are guides to the hidden nectar; and that grasses have light pollen and are wind-pollinated. His rediscovery of dichogamy (the maturation of anthers and stigmas at different times in the same flower, such that self-pollination cannot occur) led him to one of his major conclusions: “Nature appears not to have intended that any flower should be fertilized by its own pollen.“4 This doctrine, together with the even more important view of the close integration of floral structures with insect visitation, was the first attempt to explain the origin of organic forms from definite relations to the environment. “Since Darwin breathed new life into these ideas by the theory of selection. Sprengel has been recognized as one of its chief supports.”5

There are a few early comments on Sprengel’s book-including a book review, a 1794 letter by Goethe,6 and a later commentary by his nephew Kurt P. Sprengel. In England, Robert Brown published an article on pollination in 1833, citing two observations from Sprengel.7 Furthermore, Charles Darwin noted that it was on Brawn’s advice in November 1841 that he obtained and read “C. K. Sprengel’s wonderful book.”8 Perhaps through the work of Brown (and later of Sprengel). Darwin became interested in pollination by insects with observations that began in the summer of 1838. In the chapter “Natural Selection” of the Origin of Species (1859) he refers to these observations, and confirms Sprengel’s similar ones, on dichogamy: “These plants have in fact separated sexes, and must habitually be crossed.... How simply are these facts explained on the view of an occasional cross with a distinct individual being advantageous or indispensable.”9

Further comments on Sprengel’s work are in Darwin’s two botanical works, Orchids (1862) and Cross and Self Fertilization (1876). In the former he refers to Sprengel’s “curious and valuable work,” to “Sprengel’s Doctrine,” and again to Sprengel’s work that “...until lately was often spoken lightly of. No doubt he was an enthusiast, and perhaps carried some of his ideas to extreme length. But I feel sure, from my own observations,that his work contains an immense body of truth.”10 In the latter book Darwin cites Sprengel’s notes on the essential role of insects in the pollination of many plants, and says: “He was in advance of his age, and his discoveries were for a long time neglected.” Further, he states that Sprengel, while noting that cross-pollination between flowers of the same species occurred, was not “... aware that there was any difference in power between pollen from the same plant and from a distinct plant,”11 It remained for Darwin to assess the important of this for his theory of natural selection.

Sprengel’s difficulties at Spandau with school superintendent D. F. Schulze (noted by R. Mittmann [1893] and by O. Recke [1913] resulted in his being pensioned, leaving Spandau at age forty-four, and moving to Berlin, where he became a private tutor. A proposed second part of Das entdeckte Geheimniss was never published, but a small work on bees appeared in 1811 and a work on philology in 1815.12 Heinrich Biltz,13 who studied with Sprengel from 1809 to 1813. published a closely drawn character study (1819) that refers to his botanical excursions, to his work in philology, and to his criticism of Linnaeus and Willdenow for their ignorance of Greek. Sprengel did not marry and died in relative obscurity—but not in poverty.14 Some archival items are known, including seven letters and notes by Sprengel.15 He is commemorated by the plant genus Sprengelia (Epacridaceae).16

Were it not for his remarkable book Sprengel would be forgotten today. This work reached Darwin, and the insect-plant mutualism so elegantly and minutely described there profoundly influenced him. Although the two were poles apart in religious beliefs, the elemental natural processes revealed by their studies provided Darwin with evidence for his theory of evolution.

1. D. E. Meyer (“Goethes...”) has clarified the Sprengel genealogy: the first wife of E. V. Sprengel (1686–1759)was Katharina Elisabeth Krause (1692–1732), whose fourth child was Joachim Friedrich, and his son was Kurt P. Sprengel. Thus, the half brothers Joachim Friedrich and Christian Konrad had different mothers. His second wife was “Dorothea, geb. Hopf...” (see Evangelischen Pfarrerbuch für die Mark Brandenburg, II, pt. 2 [Berlin, 1941], a letter dated 2 October 1972). The account of Christian’s birth has been found in the church record of St. Gotthardtgemeinde in Brandenburg as recorded by his father, the archdeacon, with a later note that this was his fifteenth child (occurring in his sixty-fourth year). A copy this item is in the Botanical Museum in Berlin (D. E. Meyer, “Biographisches...”).

A. Krause states that Sprengel’s ancestors on his mother’s side included the Grunow Goedicke families: his grandfather was Peter Schaeffer, that in 1799 he was elected an honorary member of the Königliche Bayerische Botanische Gesellschaft, Regensburg; and that a street in Berlin was named for him.

3. “The Newly Revealed Mystery of Nature in the Structure and Fertilization of Flowers” (Berlin, 1793). The title page at lower left reads “Gezeichnet v. C. K. Sprengel,” and at lower right W. Arndt is credited as the engraver. The preface is dated “18 Dec., 1792-C. K. Sprengel, Rektor.” The plates were engraved mainly by Johann S. Capieux and bear dates 1791 and 1792; some were by J. Wohlgemuth.

8. F. Darwin, ed., C. Darwin, Life and Letters, 47. The copy that Brown utilized may be the one now in the library of the Linnean Society of London. Although the copy is not dated or identified (except for a heraldic bookplate transferred from the former binding), the library stamp would indicate the first half of the nineteenth century (letter, 5 Jan. 1973, G. Bridson, Linnean Society of London). Darwin’s copy (with his signature) is on permanent deposit in the Cambridge University Library: it contains Darwin’s numerous marginal annotations with evidence that he acquired (presumably by purchase) this work in Aug. 1841 and read it on 10 Nov. 1841 (letter, 5 Jan. 1973, P. J. Gautrey, Cambridge University Library).

12.Neue Kritik der classischen röncischen Dichter (1815). E. Strasburger (1893) located a copy in the Leipzig University Library and noted that it comprised 142 pp.: Strasburger comments at some length (pp. 116–117): J. D. Fuss (1824) published a refutation of some of Sprengel’s emendations of Ovid’s works.

14. No notice at his death has been found: Landesarchiv, Berlin, searched the newspaper Berlinische Nachrichten von staats- und gelehrten Sachen from 7 Apr. 1816 to the end of May 1816, with no results.

P. Hoffmann (“Urkundliches...”) has provided data from a large number of sources and original documents: birth record; matriculation at Halle: first teaching position: note on H. Biltz (and his article of 28–29 Dec. 1819 in Morgenblatt für, gebildete Stände): the full text of the original draft of the will (30 Jan. 1816) and the will (5 Feb. 1816); the death certificate of 9 Apr. 1816, signed by Dr. Kohlrausch. Hoffmann notes that Kerner von Marilaun (Pflanzenleben, 3rd ed., II, 310) states that although Sprengel’s pension was only 150 taler, he left the Berlin orphanage 5,000 taler. In addition he furnishes the death entry in the register of the Werderschen Kirche, Sprengel’s correct street address, and his burial record. He provides a picture of the memorial tablet in the Berlin-Dahlem Botanical Garden. See an anonymous article, “J. G. Külreuter et C. K. Sprengel: Souscription pour leur élever des monuments,” in Isis, 1 (1913), 243–244.

D. Meyer (“Biographisches....) examined some sheets from Willdenow’s herbarium (of more than 20,000 specimens) in the Berlin-Dahlem Herbarium and noted three sheets (Carex, Juncus, and Stipa) that bore the full Latin names in Sprengel’s writing (reproduced in Fig. 1, p. 121).

Following an inquiry to Friedrich Vieweg and Son, Brunswick (the firm publishing Sprengel’s book of 1793), five Sprengel letters dating from II Sept. 1794 to 23 July 1803 have been discovered in their archives (letter. V. Schlecht. 11 Oct. 1972): see P. Forman, “The Archive of Friedr. Vieweg et Sohn, Braunschweig.“in Isis, 60, pt. 3 (1969), 384–385, which notes that the archives contain possibly between 150,000 and 300,000 items representing roughly 5,000 correspondents. Hoffmann (“Urkundliches...”) quotes in full a Sprengel letter of 18 Nov. 1781 to the magistrate in Spandau (original in the Darmstadt collection, Deutsche Staatsbibliothek, Berlin). A Sprengel letter of 1793 exists in the Archiv der Akademie der Wissenschaften in Göttingen-card catalog indicates C. C. Sprengel, but the letter is signed “Sprengel.” Letter (Jäykkä), Niedersächsische Staats- and Universitätsbibliothek, Göttingen, 27 Sept. 1972. A photocopy of this letter reveals that it is not in the handwriting of C. K. Sprengel. It was sent from Halle and is a note of thanks for election to the Academy (at the age of twenty-seven). This letter was probably from Kurt P. Sprengel. C. K. Sprengel was not elected to this Academy.

16.. J. E. Smith, “Description of a New Genus...”; see also Index Kewensis (Oxford, 1905), IV, 970, which cites a Swedish publication of 1794 in which this new genus was first described. A “Biographische Tafel” in honor of Sprengel has been established at the Heimatsmuseums, Bezirksamt Spandau von Berlin, which owns a Sprengel handwritten note of 1784 (letter, E. Blume, 5 July 1973).