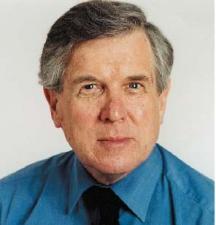 Martin, Richard, "Style Is as Style Does: The 'Forest Gump' Look," in Mondo Uomo (Milan), November-December 1994.

When asked "What Will We Wear?" in a February 2000 Time magazine article about the future of fashion design after the dawn of the new millennium, John Bartlett answered, "The future will reference the past, drawing on everything from the Napoleonic era to the 1950s." This eclectic style of new and old, haute design and simple street clothes, ethos and pathos, personifies Bartlett and his clothes.

Bartlett's fashion is driven by ideas—astute ideas—about men and about clothes. For example, his spring/summer 1994 collection was for a man, as Bartlett said to the New York Times ' Amy Spindler, "day-dreaming about cashing in his Gucci loafers for a lean-to on Easter Island." Bartlett's volitional Robinson Crusoe would have assembled an elegant mix of tribal tattoos, gauze tunics, and rough silk-twine jackets. As Spindler noted, "It's an ambitious designer who will take on Jean-Jacques Rousseau, but Mr. Bartlett did it with fervor." Bartlett never lacks fervor: he is determined—with a missionary's zeal—to make clothing meaningful.

Bartlett is a designer of convictions and of compellingly suggestive and allusive menswear. His spring/summer 1995 collection demonstrated the designer's learned and connected awareness of culture. A runway show that began with clothing inspired by the 1994 summer movie Forrest Gump in its nerdish normalcy, in distinctive mint greens, continued into navy-and-white evocations out of Jean Genêt (Edmund White's biography had just been published), sharp shark-skin two-button suits, and tour de force cross-dressing. Bartlett is a reader, observer, assimilator of contemporary culture in the best sense, bringing his acute sensitivity into his design. His shapeless structures were being updated into piquant reinterpretations of earlier silhouettes with trousers either cigarette-thin or perfectly tubular and shown on models as high-water pants. The Daily News Record (29 July 1994) enthused about the 1995 collection, "In just four short seasons, this glamor-boy designer has established himself as the enfant terrible —the Gaultier, if you will—of American men's wear." If there is a fault to Bartlett's work, it is that he is the best and consummate stylist of his own clothing. Few menswear customers will actually carry off the clothing with the full styling and intellectual jolt Bartlett imparts. But, of course, one might say the same of the ever-influential and beguiling Gaultier. One could easily imagine Bartlett fully assuming the Gaultier role of polite provocateur, a function woefully absent from American fashion.

Bartlett's designing capacity exploded in 1997 with the premiere of his first womenswear collection. "Designing for men is about subtlety; but women want fantasy. And I don't want to follow someone else's lead," Bartlett told Newsweek writer Frank DeCaro in April 1997. This aptly-named "Butch-Femme" collection mixed men's tailoring and sexual femininity featuring fitted leather shirts, cashmere Shaker-knit sweaters and slender Chesterfield coats. Very few menswear designers have been as successful as Ralph Lauren or Giorgio Armani in the leap across gender lines, but Bartlett's entry into the womenswear industry received rave reviews and left women wanting more of his flattering fashions. "A star is born," applauded Allure magazine's Polly Allen Mellen.

"My clothes are not for the woman who's shy…She's very self-confident," Bartlett told People magazine in December 1997, after his spring 1998 line was introduced. Inspired by the alluring charm of 1950s film noir, this naughty line matched sling-tops with leather pencil skirts and taffeta police pants with crystal-studded muscle t-shirts. Subsequently self-confidence presided over his 1999 collection when both men and women models presented his first-ever unisex showing, which Andrew Soloman of the New York Times Magazine found "to indicate the coherence of [Bartlett's] vision. It's a balancing act, sexual though ungendered, and balancing is his greatest strength."

Balance, sexuality, and drama united into a spectacular exposition of his spring 2001 line. Framed by a tower of white-powdered, bodybuilding, Adonis-like men, Bartlett's Japanese-inspired silks and chiffons sailed down the runway metaphorically tied together by a strand of rope. "There are chiffon dresses within the rope theme featuring twisted pieces of fabric and graphic rope prints," described Bartlett for the FashionWindow website in March 2000. "There were chiffon pieces with floaty kimono sleeves worn with strict, sexy leather pants, as well as matte jersey dresses which are perfect to travel with." When author Karen Bressler asked him of the future, Bartlett answered, "The most heralded collections are individualistic."

Bartlett's distinct eccentricity and individuality came full-circle when he returned to his roots for the fall 2001 show and displayed his militaristic men's collection with emotion and meaning. Visitors entered his showroom and viewed models lying lifeless on army cots and wearing long, sexy military coats and fatigue jackets. A tribute to the struggle and survival of World War II German soldier and artist Joseph Beuys, this presentation, according to Nelson Mui of the FashionWindow website, followed in "perfect lockstep with the military beat fashion has been following once again."

John Bartlett, more than any other American designer of mens-wear, examines the basic tenets of men's bodies and their identity in dress. His "become yourself" philosophy is inexhaustibly optimistic. His clothing is so idiosyncratically shrewd and seductive, one could wish many more would choose either to become themselves or, perhaps even better, to realize the ideal thinking men and women Bartlett creates.