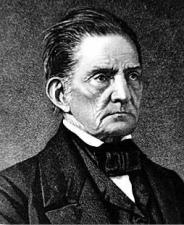 oxford
views updated
Burnet, Gilbert (1643–1715). Whig bishop and historian. Born in Edinburgh and educated at Aberdeen University, Burnet became professor of divinity at Glasgow at the age of 26. When he moved in the 1670s to London, he was for a time in favour with Charles II, whom he rebuked for ‘sinful pleasures’, but increasingly was involved with the opposition Whigs, and attended Lord Russell on the scaffold in 1683. He then moved to Holland, was in high favour with William of Orange, accompanied him on the expedition of 1688, and wrote the declaration on landing. His reward was the bishopric of Salisbury, which he held for the rest of his life. He was governor of Prince William of Gloucester, who died in 1700. Burnet's best-known historical work is the History of my Own Time, published posthumously and dealing with the Restoration to the treaty of Utrecht. Macaulay made great use of it and offered a strong defence of Burnet's character and writings. A more scholarly work was the History of the Reformation, which used archival sources (1679) and for which Burnet received the thanks of Parliament. A large, powerful, and confident man, Burnet was a vigorous preacher and a diligent bishop. He was in the thick of controversy all his life, a thorn in the side of the Tories, and lived to see the Hanoverian succession established.