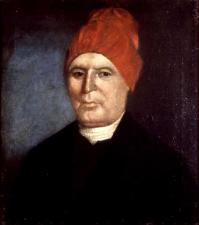 
Harry Hopkins (1890–1946) was one of the major architects and managers of the New Deal during the Great Depression (1929–1939) and he was a major U.S. policymaker during World War II (1939–1945). Brought to Washington, DC, by President Franklin D. Roosevelt (1933–1945) to administer public relief programs during the Depression, Hopkins went on to become one of Roosevelt's closest advisors during World War II.

Harry Lloyd Hopkins was the younger of two children born to David and Anna Hopkins. He was born in Sioux City, Iowa, in 1890, and grew up largely in Grinnell, Iowa.

His father was a moderately successful traveling salesman who apparently communicated to his son his competitive style, good nature, and early loyalty to the Democratic party. His mother, a deeply religious woman, impressed on Harry the values of strict honesty and moral principles. Hopkins was also exposed to his sister Adah's enthusiasm for social work.

In 1912 Hopkins graduated from Grinnell College, where he studied social work. He then left Iowa for New York City and a career in the same field, rising rapidly to the administrative ranks of his profession. From 1915 to 1930 he held a wide variety of difficult high-level positions in social work, always initiating new, creative, and useful programs.

Hopkins became active in social movements, especially those focused on political action to create pensions for widows with children and relief for the families of servicemen who had fought during World War I (1914–1918). Hopkins was one of the founders of the American Association of Social Workers, the first national professional organization for social workers.

Though Hopkins achieved much in social work, he would achieve a great deal more in the years ahead. His reputation as a fine administrator reached the ear of New York's governor Franklin Delano Roosevelt, who brought Hopkins into his administration. Hopkins' job was to help develop relief programs for New York state residents during the early years of the Great Depression.

After Roosevelt became the president of the United States, Hopkins was invited to join Roosevelt in Washington, DC. He was appointed head of the Federal Emergency Relief Administration (FERA), an agency which granted federal money to individual states for unemployment relief.

Hopkins was never able to resolve any of the large issues of the Great Depression, but he did create many useful programs that eased the pain and suffering of millions of Americans during that time. He demonstrated a consistent genius for creatively dealing with social emergencies.

In 1935 Hopkins began to build the Works Progress Administration (WPA), which became a major effort to combat unemployment during the Depression. Admittedly, it was a temporary "make work" government-supported program, but its focus on getting the average American back to work through socially useful jobs was enormously popular. It gave faith and hope to Americans looking for some relief from the devastation of the Depression.

The results of the WPA enriched U.S. society. Thousands of miles of roads were built during this time, as well as bridges, parks, playgrounds, schools, airports, post offices, and other public buildings. Though the WPA was a federal program Hopkins had the foresight to operate it in a decentralized fashion, with many decisions made at state and local levels. The WPA did not have the "feel" of a huge, faceless, federal bureaucratic program, largely because it was administered by local areas which defined their own needs, projects, and means by which to manage WPA monetary allotments.

Health problems caused Hopkins to resign from government service in 1940. Yet within a year he was back in service because Roosevelt's desperate need for someone with strong administrative and leadership skills during World War II. Despite his weakened health, Hopkins returned to work and supervised Roosevelt's controversial lend-lease program to the British. In this role Hopkins became a kind of unofficial roving ambassador for Roosevelt, providing him with impressions, observations, insights, and advice. Hopkins quickly familiarized himself with most aspects of the war effort and became a close working-partner with Winston Churchill (1874–1965), the Prime Minister of Great Britain. He also conferred with Russian leader and then-U.S. ally Joseph Stalin (1879–1953) and had a well-informed and motivated staff to assist him.

It has been said that as the United States entered the war in December of 1941, Harry Hopkins likely knew more about the details of U.S. war-making capacity that any other American. His actions in the administration of World War II, despite his ongoing poor health, marked the highpoint of Hopkins' career as a public servant.

Although Hopkins was officially behind the scenes in much of what happened during the war, he was praised worldwide by Allied Forces for his always creative and honest approach to the war effort. He also was known for his help in sustaining the confidence of Americans to overcome the crises of war and economic downturns.

His increasingly poor health and the death of his friend President Franklin Roosevelt, in 1945, did not deter Hopkins from playing an important role in winning congressional approval for the establishment of the United Nations, an international cooperative organization. For his service to the United States, President Harry Truman (1945–1953) awarded Hopkins the Distinguished Service Medal, the nation's highest civilian honor. Hopkins died months later, in January 1946, an American hero.

Harry Hopkins was born in Sioux City, lowa, on Aug. 17, 1890, the son of a harness maker. He graduated from Grinnell College in 1912. His first job was in social work, and he became increasingly committed to this field. Hopkins was a strong partisan of New York governor Alfred E. Smith and of Franklin Roosevelt. In 1931 Hopkins became chairman of New York State's emergency relief administration. When Roosevelt became president, Hopkins was appointed to head the Civil Works Administration.

In May 1935 Hopkins became administrator of the Works Progress Administration (WPA). He was a determined foe of "the dole, " insisting upon the principle that men should be given useful work to do, not subsidized in idleness. He showed remarkable administrative ability. Though he was compelled to attend to political considerations in appointing subordinates, the operations of his agency were carried out efficiently. In the course of his activities more than $8.5 billion was disbursed, and at the height of WPA more than 3 million people were on its rolls. Hopkins got highways, bridges, public buildings, and parks constructed and initiated important projects in conservation and public health. An important aspect of Hopkins's program was the employment of displaced musicians, artists, actors, and writers. An agency was established to resettle or provide loans for indigent farmers; a subordinate agency, the National Youth Administration, gave young people a chance to earn money to pay for part of their education. A rural electrification program was also enacted. In all, some 15 million people benefited from the program.

In 1938 Hopkins was appointed secretary of commerce, but in this office he accomplished little. In May 1940, after his wife's death, Hopkins moved into the White House with his daughter. After the 1940 election he became interested in foreign affairs and acted as Roosevelt's emissary on trips to Great Britain and, later, to the Soviet Union. He won the complete confidence of Winston Churchill, who described him as "Lord Root of the Matter." During his first trip to the Soviet Union he procured useful information on conditions there through personal conversations with Premier Stalin.

Though racked by severe pain, and the victim of a wasting disease, Hopkins outlived Roosevelt. His last public service was a mission to Moscow at the request of President Harry S. Truman to prepare for the Potsdam Conference of 1945. Hopkins died in New York City on Jan. 29, 1946.