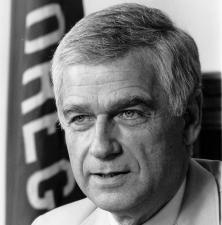 LEE, ARTHUR. (1740–1792). American diplomat, troublemaker. Virginia. Arthur was the youngest of the four famous sons of Thomas Lee and the last of his eleven children. He was about ten years old when he came under the guardianship of his eldest brother, Philip Ludwell, on the death of their father.

Young Arthur was sent to Eton, where he spent most of the 1750s. He went on to the University of Edinburgh, where he studied science, literature, and medicine and took his M.D. degree in 1764. Lee returned to Virginia in 1766 and began practicing medicine in Williamsburg, but he soon caught the Revolutionary fever and lost interest in medicine. In 1768 he returned to London with the intention to study law at the Middle Temple, taking along his brother William to set up business. While in Virginia, he had been made a fellow of the Royal Society in 1766, and once back in England he was named to the Society of Arts and Agriculture. He mingled with London's intellectual elite and frequented the city's cultural events. More importantly, Arthur and William became deeply involved in English politics and associated with the flamboyant John Wilkes, who later called Arthur his "first and best friend" (Potts, p. 59). Arthur had a fling at political writing prior to his return to England in 1768, turning out ten "Monitor's Letters" with the purpose of supplementing the "Farmer's Letters" of John Dickinson. Although some Revolutionary leaders (including Jefferson) were unimpressed by these, others thought highly of them; one of the latter was Samuel Adams, who helped Arthur win an appointment in 1770 as London agent of Massachusetts. The diatribes of "Junius," the anonymous Whig political writer of the 1760s, inspired Lee to emulation, and he produced a series of letters signed "Junius Americanus."

Lee joined the petitionary movement that grew out of the Middlesex elections which made Wilkes a national idol and was responsible for a clause in the famous Middlesex Petition protesting against Parliament that drew attention to the "similarity of injustices suffered in England and in America" (ibid., p. 64). In seven years his literary contributions included at least "nine pamphlets, 170 essays, 17 petitions, and 50 anonymous letters in the press" (ibid., p. 71).

At the house of Wilkes in 1775, Arthur Lee met the playwright Beaumarchais. "Arthur Lee was ambitious, impetuous, witty, talkative, and fond of scheming and intriguing," a biographer of the remarkable Frenchman has commented. "In short, he possessed all the good qualities and defects that would please a man like Beaumarchais" (Lemaître, pp.177-178). The two were soon holding long, confidential conversations, and the seed of secret French aid was sowed. The fruit was Beaumarchais's Hortalez et Cie, a business front. Arthur Lee was furious at being left out of something he had helped start, and his reaction was to accuse everybody concerned of being dishonest, including Benjamin Franklin.

A DIPLOMAT IN EUROPE

Arthur is primarily remembered for the Deane-Lee controversy, but for its origins as a marplot it is necessary to go back to the year 1775, when in November he was asked by the Secret Committee of Congress to be its correspondent in London. In October 1776 he was appointed to join Silas Deane and Benjamin Franklin in Paris to bring about the French alliance. Reaching Paris at the end of December, he was prevailed upon by the two other commissioners to see what might be done in Spain. Going there in February 1777, he was able to get substantial aid from the government through the intermediary of a commercial concern but was not allowed to enter Madrid. A stay in Berlin from May to July was fruitless. Returning to Paris, where there was nothing constructive for him to do, he nosed further into the secret aid business—which Franklin was letting Deane handle by himself—and on 4 October 1777 Lee wrote Samuel Adams and brother Richard Henry Lee that he should be made sole minister to France.

Congress in May 1777 appointed brother William commissioner to Berlin and Austria and Ralph Izard to the court of Tuscany. They spent most of their time in Paris, however, where they joined Arthur in carping against Franklin and Deane. The French alliance nevertheless came about, but the fiscal accounts were in shambles and Lee accused Deane of illegal profiteering. Deane eventually was recalled on the basis of Lee's charges of malfeasance and was ruined. The sordid controversy also made Lee persona non grata with the Comte de Vergennes, and Congress recalled him in September 1779. (William Lee and Izard had been dismissed in June, leaving "the old doctor" the sole commissioner in Paris.)

Returning to America in September 1780, Lee was elected to the Virginia House of Delegates in 1781 and to the Continental Congress for the next three years (1782–1784). Harvard awarded him an honorary degree and the American Academy of Arts and Sciences in Boston elected him a member based on his scientific paper on lightning strikes. In Congress he served on numerous committees, mostly related to Congress's financial and trade policies, and continued to lambaste fellow revolutionaries, but to little effect. Congress made him a commissioner to the Northwest Indians, and he was one of those who negotiated the treaties of Fort Stanwix (22 October 1784) and Fort McIntosh (21 January 1785); fellow commissioners described Lee giving a "most spirited grand speech" that produced a "very good effect" on the negotiations (Potts, pp. 268-272). In July 1785 Congress appointed him to the treasury board (a post he held until the new government was inaugurated), where he became so frustrated at its ineffectual efforts that he declared the "Confederation is crumbling to pieces" (ibid., p. 273). The last thing he found to be against was the Constitution, opposing it because it lacked a declaration of rights. Although Lee courted a number of women, he never married, and he lived his last few years as a gentleman farmer on his estate, Lansdowne.

Beginning near the end of the twentieth century, the characterization of Lee as abrasive, contentious, morbidly suspicious, and cantankerous was tempered by the realization that he articulated well the "goals, values, and world view" shared by a majority of the American revolutionaries (ibid., pp. 281-282).

Arthur Lee (1740-1792) was a propagandist for the American Revolutionary cause and an agent in Europe for the Continental Congress.

Arthur Lee was a member of the famous Lee family of Virginia and the younger brother of two signers of the Declaration of Independence, Richard Henry Lee and Francis Lightfoot Lee. Arthur was educated in the British Isles at Eton, Edinburgh (where he received his doctor of medicine degree in 1764), and the Middle Temple. He was admitted to the bar in 1775. During the decade preceding 1776, he was an impassioned propagandist for American rights. He wrote numerous political pamphlets and letters and staunchly defended the English radical John Wilkes. He was Benjamin Franklin's rival as America's chief spokesman in Great Britain.

In 1775, as confidential agent of the Continental Congress, Lee began a series of negotiations with the French and Spanish to secure desperately needed war materiel for the American army. A year later he was appointed one of three commissioners to negotiate a French alliance. As the other commissioners, Franklin and Silas Deane, energetically, ingeniously, and perhaps compromisingly made contracts to start guns and supplies across the Atlantic, spasms of suspicion seized Lee. He believed that Deane, especially, and various scheming Frenchmen were reaping huge, dishonest profits at the expense of American patriot blood and treasure. Lee thought that Franklin aided the plots by boudoir intrigues in Paris and pettifogging letters home. To expose all this, Lee made furious accusations to Congress, which resulted in 1778 in Deane's recall just as the commissioners signed the long-sought French alliance.

Though Lee's charges led to Deane's disgrace and perhaps restrained war profiteering, their principal effect was to divide Congress into warring factions. Lee found ready support from his brothers and their New England allies (especially John and Sam Adams), who were ready to believe the worst about Franklin. The "Lee-Adams faction" preferred to minimize American connections with Europe and to depend instead on simple American courage and perseverance.

In general, however, Lee found Congress cool both to his accusations and to his view of American national policy in the 3 years he served as a Virginia delegate (1781-1784). After vigorously opposing the Federal Constitution, he spent his last years as a Treasury board official (1785-1789) and in embittered retirement in Virginia.

Letters related to Lee's public career are in Francis Wharton, ed., The Revolutionary Diplomatic Correspondence of the United States (6 vols., 1889), and Edmund C. Burnett, ed., Letters of Members of the Continental Congress (8 vols., 1921-1936). There is no adequate biography of Lee. Richard H. Lee, Life of Arthur Lee (2 vols., 1829), though eulogistic, inaccurate, and expurgated, contains details on his life and long selections from his correspondence. Relevant material on Lee's family appears in Burton J. Hendrick, The Lees of Virginia: Biography of a Family (1935).

Lee Kuan Yew , Lee Kuan Yew (born 1923) became prime minister of Singapore in June 1959. During his administration Singapore became part of Malaysia in September, 1… Henry Lee , LEE, HENRY. (1756–1818). ("Light-Horse Harry"), Continental cavalry leader. Virginia. Born at Leesylvania and graduating from the College of New Jers… Ann Lee , LEE, ANN (1736–1784), English visionary and founder of the American Shakers. Growing up in a poor, working-class family in Manchester, England, Ann L… Bruce Lee , At the time of his sudden and mysterious death in 1973, actor and martial arts expert Bruce Lee (1940-1973) was on the verge of international super-s… Brenda Lee , Lee, Brenda Singer Vocalist Brenda Lee was one of the most popular female singers of the 1950s and 1960s. She began as a child star, making musical g… Ben Lee , Ben Lee Singer, songwriter For the Record… Selected discography Sources Although he was probably more widely known for his romance with young actress…