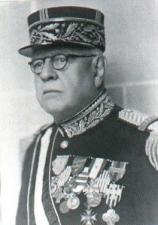 Louis II (emperor of the West)

Louis II, d. 875, emperor of the West (855–75), king of Italy (844–75), son of Emperor of the West Lothair I. In 844, Lothair I designated him king of Italy and in 850 he was crowned emperor of the West in Rome. He became sole emperor when his father died; the title had little meaning, however, since he ruled only in Italy. Throughout his reign, his power there was challenged by the independent Lombard dukes and by the Arab invaders of S Italy. In the dispute between his brother Lothair, king of Lotharingia, and Pope Nicholas I, concerning Lothair's divorce, he supported his brother. However, the pope refused to allow Lothair to set aside his wife even after Louis occupied Rome (864). Subsequently, Louis submitted to the pope's decision. At Lothair's death (870) Louis claimed Lotharingia, but the Treaty of Mersen divided it between his two uncles, Charles the Bald (who succeeded Louis as Emperor of the West Charles II) and Louis the German.

Louis II, 1377–1417, king of Naples (1384–1417), duke of Anjou, count of Provence, son and successor of Louis I of Naples. In 1389 the antipope Clement VII (Robert of Geneva) invested him with the kingdom, Lancelot, rival claimant of Naples, having been expelled in 1386. Louis took possession of Naples in 1390, but he was ousted in turn by Lancelot in 1399. In 1409, Louis liberated Rome from Lancelot's occupation; in 1410, as an ally of the antipope John XXIII (see Cossa, Baldassare), he attacked Lancelot and defeated him at Roccasecca (1411). Eventually Louis lost his Neapolitan support and had to retire. His claim to Naples passed to his son, Louis III.

Louis II, 1506–26, king of Hungary and Bohemia (1516–26), son and successor of Uladislaus II. He was the last of the Jagiello dynasty in the two kingdoms. In the face of intensified attacks by Sultan Sulayman I, Louis hastily sought (1526) to unite Hungary and Christendom behind him, but only the pope sent help. With a pitiful army, Louis joined battle with the Ottomans at Mohács. The Hungarian army was destroyed, and Louis was killed. Through the marriage treaty concluded by his father (see Uladislaus II) the crowns of Hungary and Bohemia passed to Louis's brother-in-law, Ferdinand of Hapsburg (later Holy Roman Emperor Ferdinand I), but Hungary fell under Ottoman rule.

Louis II, 1845–86, king of Bavaria (1864–86), son and successor of King Maximilian II. Much was hoped from the handsome, talented, and liberal young prince at his accession, but his prodigality and eccentricity soon alienated his subjects. Louis was the patron and friend of Richard Wagner, who for many years exerted a strong influence over him. Louis aided Austria in the Austro-Prussian War (1866) but sided with Prussia against France in 1870, and in 1871 reluctantly joined the newly created German Empire. In 1886 his insanity necessitated his confinement at his château on Lake Starnberg, Bavaria, where he drowned himself. His brother, Otto I, who was insane, succeeded him under the regency of an uncle, Luitpold.

Louis II or Louis the Stammerer, 846–79, French king. He succeeded (877) his father, Emperor of the West Charles II, as king. On Louis's death his kingdom was divided between his sons Carloman and Louis III.