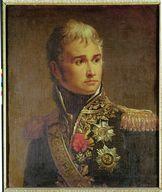 oxford
views updated
Seychelles. These islands in the Indian Ocean were first marked on Portuguese charts in 1502 but not settled by whites until 1742 when Lazare Picault took possession of them for the French East India Company. They were named in 1756 after Louis XV's finance minister Moreau de Sechelles. The French developed ‘secret’ spice plantations on them to undercut Dutch monopolies. In 1810 they were captured by the British and retained at the peace of Paris. They were administered along with Mauritius until 1872 when they became separate under their own governor and council. The Republic of the Seychelles came into existence on 27 June 1976.