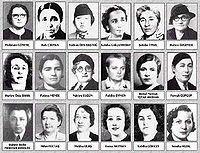 LIBERAL REPUBLICAN PARTY was the result of a revolt of the reform element in the Republican party during President Ulysses S. Grant's first administration (1869–1873). It advocated a conciliatory policy toward the white South and civil service reform and condemned political corruption. Some members of the party favored tariff revision. The movement was led by B. Gratz Brown, Horace Greeley, Carl Schurz, Charles Sumner, and Charles Francis Adams. The party nominated Greeley for president in 1872, and he subsequently won the Democrats' endorsement. In the ensuing campaign, however, Grant overwhelmingly defeated Greeley and the party disbanded soon thereafter.