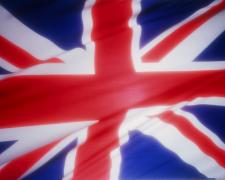 A leading exponent of American Personalism, Edgar Sheffield Brightman (1884-1953) was an eminent philosopher of religion. His provocative idea of a God limited in power was a unique effort to solve the problem of suffering and evil.

Born in a Methodist parsonage in Holbrook, Massachusetts, on September 20, 1884, Edgar Sheffield Brightman showed an early interest in the scholarly life. He studied Greek in after-school hours when in high school in Whitman, Massachusetts, and began writing articles on stamp collecting when he was 16. By the time he was 18, he had had 46 such articles published. Before he entered Brown University in 1902, he worked for a year in a grocery store earning $3 a week. After receiving his bachelor's degree in 1906, he stayed on at Brown as an assistant in philosophy and Greek and completed his M.A. in philosophy in 1908.

Later that year he began studying for the ministry at Boston University and there came under the influence of Borden P. Bowne (1847-1910), the founder of the philosophy of Personalism. He was awarded a fellowship in 1910 and went to Germany to study with Adolf Harnack in Berlin and Wilhelm Herrman in Marburg. In 1912 he began teaching at Nebraska Wesleyan and, despite arduous responsibilities, completed his doctoral degree. He married Charlotte Hülsen, a young woman he had met in Germany, and one son was born to the couple just a year before the young bride died of cancer.

In 1915 he took a position at Wesleyan University in Connecticut and was so successful that he was made a full professor after only two years. Here he wrote his first book, The Sources of the Hexateuch (1918), a study of the documents of the early books of the Old Testament, a hypothesis which challenged the traditional view that Moses was their sole author. He promptly learned what it meant to be criticized by conservative fundamentalists. His second marriage, to Irma B. Fall, took place during this period, and two more children were born, Miriam and Robert.

In 1919 he was called to Boston University, where he taught until his death on February 25, 1953. He was named Borden Parker Bowne Professor of Philosophy in 1925 and also served as chairman of the board of the graduate school for 18 years. Some 80 students received their doctorates under him. His most famous student was Nobel Prize winner Martin Luther King, Jr., who later wrote how much he owed to the personalistic philosophy of Brightman and Bowne.

As a teacher Brightman was close to the ideal. Rigorous planning enabled him to do an amazing amount of scholarly work and yet give personal attention to his many students. Some attended weekly prayer meetings in his office. His religious outlook was one of thoughtful, committed reverence, and while he learned much from religions other than his own, especially Hinduism, he remained an active churchman and had widespread influence on clergymen and church leaders. He spoke of God as "Christlike" and believed that: "To have faith in God is to have faith in the eternal power of truth, of love, and of persuasion as more potent than selfishness, trickery, and competition. A world in which men believe in God is totally different from a world of atheists." He was an opponent of literalism in religion and of irrationalism in theology. His liberalism extended into social and political thought. He knew what it meant to be black-listed by super patriots who could not understand why he opposed war and certain injustices in capitalism.

In demand as a lecturer, Brightman was an active participant and officer in professional associations, serving a term as president of the American Philosophical Association in 1936. He was an early champion of Latin American thought in the northern hemisphere and supported scholars who had to flee Europe or were oppressed by totalitarian regimes in South America. He wrote 16 books and over 100 scholarly articles. His challenging essay on Bertrand Russell's atheistic views earned high praise from Russell himself. His best known book was A Philosophy of Religion (1940), which went through 17 printings. His Introduction to Philosophy (1925, revised twice, and translated into Chinese, Spanish, and Portuguese) has been used as a college text for over 50 years. He died before he could complete his major systematic work, Person and Reality, but former students brought it to fruition in 1958.

His treatise on ethics, Moral Laws (1933), was a strikingly original effort to show how broad ethical principles such as the Law of Altruism and the Law of the Best Possible can be formulated. The best short statement of his philosophy may be found in Nature and Values (1945). Here he contrasted idealistic Personalism with scientific Naturalism. A selection of his writings was scheduled to appear in 1986, co-edited by the author of this biography.

His approach in philosophy was broadly empirical and his standard of truth was coherence—"inclusive systematic consistency." This truth criterion led him away from abstract theories of the self or soul as a substance to the view that the self is simply consciousness as it knows itself to be,—"the shining present." All knowing is a result of inference from immediate awareness. Practical certainty takes the place of logical necessity. Brightman's idealistic roots went back to Plato and included the thought of Leibniz, Berkeley, Kant, Hegel, and Bowne. His social thought may be characterized as "communitarian Personalism." "Persons are the only profits," he once wrote.

One of the clearest theistic thinkers of the century, Brightman's empirical approach to God by-passed traditional barren arguments and led to his conclusion that God was not an eternal absolute above the temporal process but an immanent spirit present in the world working out his purposes. He wondered why a God who is all-powerful and totally good did not put a stop to the pain, suffering, and deformities of his creatures. Traditional theism sees things like natural catastrophes and severe birth defects as willed by God and as somehow serving an unknown goal.

Brightman, who knew suffering first-hand and was aware of the slow, wasteful process of evolution, could not attribute evils to a good God. He offered the unique proposal that God, though perfect in goodness and wisdom, was not infinite in power. The horrors of our world are not intended by him, but occur because there are certain brutish facts that are "given" in his nature. God creatively works with them but cannot suddenly decree that heavy objects will not fall or hurricanes will cease to blow. With this idea of God, religious people can have trust in a divine companion whose power is sufficient to guide the universe towards "inexhaustible perfectibility" and whose will is ever directed to his children's good.

Edgar Sheffield Brightman is listed in The Encyclopedia of Philosophy, Vol. 1. In addition to his key books, many of which are in public libraries and most in university libraries, there are two essays of interest: Andrew Reck, "The Philosophy of Edgar Sheffield Brightman," in Recent American Philosophy (1962) and Daniel Callahan's "Human Experience and God: Brightman's Personalistic Theism," in Michael Novack (editor) American Philosophy and the Future (1968). Martin Luther King, Jr. speaks of his debt to Brightman in his Stride Toward Freedom (1958). □

Edgar Sheffield Brightman was the leading American advocate of personalism. At Boston University he studied under Borden Parker Bowne, the first philosopher in America to develop the personalistic position. Brightman taught at Nebraska Wesleyan University (1912–1915), Wesleyan University (1915–1919), and from 1919 at Boston University, occupying the chair of Borden Parker Bowne professor of philosophy from 1925 until his death. He was president of the Eastern Division of the American Philosophical Association in 1936.

Brightman conceived of personalism as a mediating position in philosophy. As such, it for him superseded William James's pragmatism and Josiah Royce's absolute idealism, to each of which, in turn, he had been attracted early in his career. Brightman also held that personalism could resolve the impasse between supernaturalism and naturalism. Furthermore, although he criticized positivism for being too restricted an empiricism and although he eschewed much in existentialism, Brightman's personalism can be understood as an attempt to combine the surface experience (sense) of positivism and the depth dimension (value) of existentialism in a concept of the total person.

Brightman held firmly to an epistemic dualism of the "shining present" (immediate experience) and "the illuminating absent" (the referent). Constantly emphasizing that all primary data were present experiences, he advocated a radically empirical method; that is, a method that considers whatever is, at any time, present in consciousness. Since knowledge involves reference, it is always hypothetical and tentative. Brightman accepted this as a healthy probabilism (and not a destructive skepticism), because he found in the principle of coherence an adequate test of reference (or criterion of truth). Deeply influenced by Hegelian dialectic, he viewed coherence not as formal consistency but as a principle for interpreting experience: a statement or a set of statements is true to the extent that it organizes and orders experience.

The metaphysical perspective that emerges is a pluralistic idealism. Reality is a society of persons: the ultimate (uncreated) Person and finite (created) persons. Reality is thus not nature but history. The natural order does not have ontological identity "outside" the ultimate Person; rather, this order is his "behavior." The laws of logic do not have privileged priority; they are constitutive of the supreme mind. In philosophy of religion, this position is idealistic theism (not theological dualism). God is a conscious Person who creates finite persons and cooperates with them in the cosmic endeavor. A human person is a context of experience capable of self-consciousness, reason, and ideal values.

Brightman is probably most widely known for his controversial treatment of the problem of evil. He argued that the power of God is limited by nonrational conditions (the Given) within the divine nature that God's will neither created nor approves. God maintains constant and growing, though never complete, control of the Given.