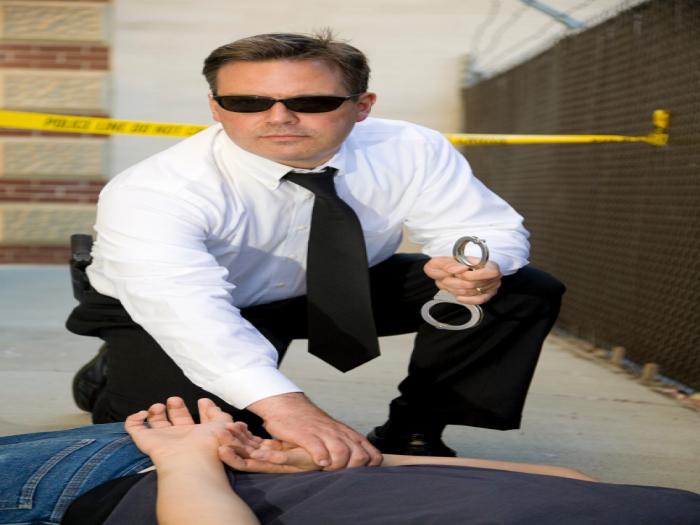 Careers and Degrees for Detectives

One of the biggest differences between police officers and police detectives is that detectives focus on a specific type of crime while pursuing and catching criminals. Besides being only a homicide detective, the other types of crimes that police detectives could focus on include juvenile offenders, vice squad, and sex crimes. Detectives can also choose to focus on auto thefts, robberies/burglaries, computer crimes, arson, surveillance, aggravated battery/assault and intelligence.

Before focusing on police detective degrees and careers, individuals must first successfully complete a probationary period by working as a patrol officer for a specific amount of time before earning a promotion. Detectives also have the option of remaining as a uniformed officer for the entirety of their careers.

A successful police detective career also includes finding trustworthy informants and learning how to gather evidence and ensure it remains intact. Anyone who is considering becoming a police detective should know that it’s common for especially tough cases to remain open for several years. For that reason, candidates for police detective should be willing to see a case through until the end or until they are no longer assigned to a specific case.

Police detective hours include shift work and overtime. Cases can often be quite mentally, emotionally and physically taxing. There are also cases that are psychologically taxing as well. That being said, a single breakthrough in a case can be just the thing a police detective needs to catapult her or his career to the top. Other commonalities are workplace illnesses and injuries.

Before qualifying for a police detective position, an individual must first serve between two and three years in a single department. There’s also a chance an officer might have to wait until five years have passed, depending on the agency. Additional requirements for the position include:

No matter the size of the department, it’s a good idea to earn a college degree prior to testing for a detective position. Another advantage of completing a degree program is that it can lead to higher earnings. Those who desire to work at either a federal or state level should first earn a bachelor’s degree. Being bilingual can prove instrumental to career advancement as well.

In addition to experience and completing an online degree program, candidates for police detective should possess several other personal qualities as well, including:

To stand the best chance of succeeding in their career ambitions, potential detectives should also have a clean criminal record. Candidates should also be prepared to meet with either a psychiatrist or psychologist, complete a drug test, and take a lie detector test.

Once a person has successfully made detective, she or he should continue to focus on occupational education. Regional centers, department academies, state-level public safety employees and federal agency training centers can all provide detectives with the additional training they need to become more proficient at their jobs. Such training is often focused on the use of firearms, self-defense, proper communication skills, policies regarding use-of-force, legal developments, crowd control and the proper use of current law enforcement equipment.

As of 2015, the U.S. Bureau of Labor Statistics reports that a detective salary could be up to approximately $60,900. There’s a job growth projection between 14 and 16% through 2018, which is faster than average. Work environments in which detectives are often employed include state police agencies and local governments.

Current police officers who would like to advance to detective may be better off completing an online degree program for convenience and to keep the cost of education low. Distance learning also allows students to learn at their own pace and at their convenience.