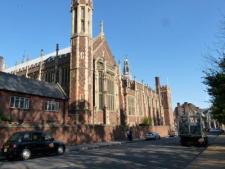 oxford
views updated
Lincoln's Inn one of the Inns of Court in London, on the site of what was originally the palace of Ralph Neville (d. 1244), bishop of Chichester and Chancellor, and which later became the property of Henry de Lacy, earl of Lincoln (1249?–1311). When the property was made available to students of the law it was thus called Lincoln's Inn.