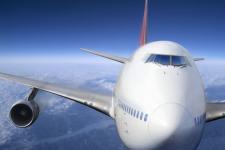 navigation, science and technology of finding the position and directing the course of vessels and aircraft.

In ancient times, mariners navigated by the guidance of the sun and stars and landmarks along the coast. The Phoenicians were among the most daring of the ancient navigators. They built large ships and, traveling out of sight of land by day and by night, probably circumnavigated Africa. The Polynesians navigated from island to island across the open ocean using observations of guide stars and the moon, the winds and currents, and birds, knowledge of which was passed from generation to generation.

In England, Queen Elizabeth I did much to establish navigation laws, giving additional powers to Trinity House, a guild that had been created in 1514 for the piloting of ships and the regulation of British navigation. During this period the study of bodies of water, or hydrography, was given much attention, and harbors and the outlets of rivers were surveyed and buoyed. A tremendous advance in navigation had taken place with the introduction of the compass. Early in the 15th cent. there was progress by the Portuguese under the leadership of Prince Henry the Navigator, who built an observatory and formulated tables of the declinations of the sun; collected a great amount of nautical information, which he placed in practical form; made charts; and sponsored expeditions that led to numerous discoveries.

With the development of shipbuilding and the increase in knowledge of astronomy, there was increased use of instruments. The cross-staff was used to find latitude early in the 15th cent. It consisted of two pieces of wood, the cross at right angles to, and sliding on, the staff. At each end of the 26-in. (66-cm) cross a small hole was bored, and at the end of the staff a sight was fixed. To measure the altitude of a heavenly body, the instrument was sighted in that direction, and the cross was moved forward or back until the heavenly body appeared through the upper hole and the horizon through the lower. The altitude could then be read on a scale marked on the staff. Another device used for finding latitude was the astrolabe. Both were far from accurate.

The navigating equipment carried by Columbus probably was simply a compass, a cross-staff, and a table of the sun's declination. Vasco da Gama on his first voyage around the Cape of Good Hope in 1497 used an astrolabe. The Flemish geographer G. K. Mercator's work in improving charts at the end of the 16th cent., the works of the Spanish scientist Martín Cortés during the same period, the determining of the earth's circumference, and the introduction of logarithms at the beginning of the 17th cent. by the Scottish mathematician John Napier all helped advance navigation.

By the middle of the 18th cent. a quadrant could be used to find latitude and a log line and half-minute glass could help keep track of distance traveled; but the problem of finding the longitude remained unsolved until the invention of the chronometer. The appearance of the Nautical Almanac (see ephemeris) in 1767 was a great step forward in navigation, and the 19th cent. saw the development of books on navigation that far surpassed any earlier instructions, such as the standard book by Nathaniel Bowditch, an American mathematician. The system of dead reckoning, which was much refined, is the art of finding a position by calculating the point of departure (i.e., the last known point of latitude and longitude), the course (as shown by the compass), the speed and the distance traveled according to the log, and the time elapsed. The use of buoys and the making of careful charts made navigation easier, while the fixing of positions by sextant and astronomical charts was greatly improved.

The next great revolution in navigation occurred in the 20th cent., when radio signals came into wide use. The development of radar, loran, and radio direction finding during World War II caused fundamental changes in navigational practice; a mariner or pilot today can turn on a Loran or Global Positioning System receiver and determine position and course to within a few yards. Inertial guidance systems, most often used to navigate submarines, aircraft, and spacecraft, allow navigation without contact with a ground base. In such systems, a computer navigates the vehicle with the aid of an inertial navigator device, which consists of a gyroscope to indicate direction and an accelerometer to measure changes in speed and direction. Inertial guidance systems and terrain-following radar allow a cruise missile to fly a thousand miles and hit its designated target. The development of navigation satellites beginning in the 1960s led in the 1990s to the U.S.'s Global Positioning System (GPS), which provides location and other information through the reception and interpretation of signals received from satellites; Russia and China have since created similar navigation systems. GPS receivers, which are now incorporated into smartphones and other devices, have made it possible to create navigation systems for vehicles and other forms of transportation.

air navigation, science and technology of determining the position of an aircraft with respect to the surface of the earth and accurately maintaining a desired course (see navigation).

The simplest and least sophisticated way to keep track of position, course, and speed is to use pilotage, a method in which landmarks are noted and compared with an aeronautical chart. Whether these landmarks are observed visually or on radar, this technique of air navigation is usually called flying under visual flight regulations (VFR). These establish the minimum weather conditions under which pilotage is permissible.

Pilotage is not satisfactory for long trips, especially over water or terrain lacking distinctive features. In these cases, or when weather conditions do not permit navigation by visual reference, planes must fly according to instrument flight regulations (IFR), which require that the aircraft be equipped with the necessary position-finding instruments and that the pilot be trained in operating those instruments. Also required under IFR is the filing of a flight plan with air traffic control authorities at the departure point. The aircraft is then cleared for a given course and a given altitude. Air traffic controllers monitor the craft until it reaches its destination.

Light aircraft, flown by pilotage, typically have a simple set of navigational instruments, including an airspeed indicator (see pitot static system), an aneroid altimeter, and a magnetic compass. For supersonic and hypersonic aircraft the airspeed indicator is altered to show the airspeed as a Mach number, which is the ratio of the speed of an aircraft to the speed of sound. Advanced aircraft also use electronic systems to give the pilot highly accurate positional information for use during landing. The Instrument Landing System enables an airplane to navigate through clouds or darkness to an airport's runway; the Microwave Landing System, installed in U.S. airports beginning in 1988, is capable of landing the plane automatically, although the pilot always has the option of overriding manually.

Other navigational aids include the radio altimeter, a radar device that indicates the distance of the plane from the ground; the ground-speed indicator, which operates by measuring the Doppler shift in a radio wave reflected from the ground; and, in commercial airliners, the flight management computer, which can display altitude, speed, course, wind conditions, and route information, as well as monitor the airplane's progress through the airway. Other similar systems use inertial devices such as free-swinging pendulums and gyroscopes as references in determining position. These automated and semiautomated procedures free the pilot from many of the activities previously necessary for navigation and thus allow the pilot to concentrate on actually flying the aircraft. Another device which is useful in this way is the automatic pilot, which interprets data on direction, speed, attitude, and altitude to maintain an aircraft in straight, level flight on a given course at a given speed.

Basic to air traffic control are special air routes called airways. Airways are defined on charts and are provided with radio ranges, devices that allow the pilot whose craft has a suitable receiver to determine the plane's bearing and distance from a fixed location. The most common beacon is a very high frequency omnidirectional radio beacon, which emits a signal that varies according to the direction in which it is transmitted. Using a special receiver, an air navigator can obtain an accurate bearing on the transmitter and, using distance-measuring equipment (DME), distance from it as well.

The system of radio ranges around the United States is often called the VORTAC system. For long distances other electronic navigation systems have been developed: Omega, accurate to about two miles (3 km); Loran-C, accurate to within .25 mi (.4 km) but available only in the United States; and the Global Positioning System (GPS), a network of 24 satellites that is accurate to within a few yards and is making radio ranging obsolete.