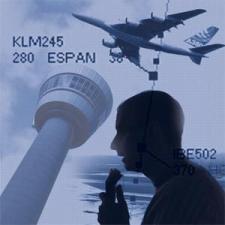 Definition and Nature of the Work

Air traffic controllers coordinate the movement of aircraft in the air and at airports to prevent accidents and minimize delays. They usually work in teams, tracking planes using radar and visual observation. They consider the weather, including wind velocity and direction, and the number, size, and speed of all aircraft in the area.

Terminal controllers, also known as tower controllers, work in towers near the runways of major airports. They give pilots permission to taxi, take off, and land their aircraft. As planes approach airports, controllers in the radar room observe the planes and direct the pilots to runways. When airports are busy, the controllers may have to fit the planes into the traffic pattern of aircraft waiting to land. As planes approach runways, other controllers, who also are watching the planes on radar, monitor the aircraft the last mile, delaying any departures that would interfere with landings. Once the planes have landed, ground controllers in the tower direct the pilots to their assigned gates. Ground controllers usually work by sight; they use radar only if visibility is poor. For takeoffs, the procedure is reversed.

Once planes are airborne, their movement is controlled by en route controllers, who work in twenty air-route control centers throughout the country. Each center

is responsible for a certain air sector and employs between three hundred and seven hundred controllers. En route controllers help pilots stay on course, advise them about other aircraft in the sector, and often reroute them around storms.

Air traffic controllers are also stationed at more than one hundred flight service stations, which provide pilots with information about weather and terrain, and at the Air Traffic Control Systems Command Center in Virginia, where they oversee the entire system.

The Federal Aviation Administration (FAA) has implemented the National Airspace System Architecture, a modernization of the entire air control system. As it replaces aging equipment with new technology and procedures, it should increase safety and controllers' efficiency.

Applicants must pass rigorous physical examinations, criminal background checks, and drug screening. Some applicants may also be required to take tests that indicate whether they have the aptitude for the job. Applicants must have the ability to work well under extreme pressure, speak clearly, and be under thirty-one years of age.

Some air traffic controllers qualify for their jobs through related military experience. Others qualify with four years of college in aviation administration; three years of work experience in aviation; or a combination of college and work experience. Fourteen colleges offer FAA-approved degrees in aviation administration with emphasis in air traffic control (the programs are listed on the National Air Traffic Controllers Association Web site). Appropriate experience would include work as a commercial pilot, an air dispatch operator, or an aircraft navigator.

Once selected, applicants undergo twelve weeks of intensive training at the Federal Aviation Administration Air Control Academy in Oklahoma. After graduating they are assigned to towers and centers throughout the United States as "developmental controllers." Additional class work and on-the-job training, with supervision, can last two to four years depending on their specialties and the complexity of the facility.

New controllers usually begin by supplying pilots with basic flight and airport information. They can move up through the ranks of ground controller, local controller, departure controller, and arrival controller. At en route control centers, they serve as radar associate controllers and then radar controllers. Controllers may also transfer to different locations or advance to supervisory, management, or administrative positions at the FAA.

Employment of air traffic controllers is expected to increase about as fast as the average for all occupations through 2014. Although airports and aircraft are increasing in number and airspace is becoming more and more congested, improved technology may increase controllers' productivity and minimize the number of new positions. In addition, competition can be stiff because the number of qualified applicants exceeds the number of jobs available each year. Turnover is relatively low in this field because of the high pay and the young age of most workers.

Air traffic controllers work forty hours per week. For night and weekend shifts, which are assigned on a rotating basis, controllers receive overtime pay or equal time off. Controllers work in clean, well-lighted, and well-ventilated facilities.

Air traffic controllers work under great pressure because every decision they make affects the lives of many people. They must be able to cope with this pressure on a day-to-day basis as well as in emergencies.

Salaries depend on the type and size of the airport—a large international airport has a different classification from a small regional facility. In 2004 the median salary for all air traffic controllers was $102,030 per year. Experienced and highly trained controllers earned more than $139,210 per year.

Where to Go for More Information

Besides health and life insurance, most controllers receive thirteen to twenty-six days of paid vacation and thirteen days of paid sick leave each year. Controllers who work for the federal government become eligible to retire earlier and with fewer years of experience than most other federal employees.

Air traffic control is a fast-paced job that requires a mathematics background. The required math knowledge includes geometry and calculus. Additionally, air traffic controllers must understand geography and weather conditions, engineering, computers, aeronautics, and aviation regulations. A good air traffic controller must also possess strong communication and decisionmaking skills, the ability to read and understand symbols, and an aptitude for abstract reasoning and visualization of objects in three-dimensional space.

Using radar, computers, and optical scanning devices, air traffic controllers measure the vertical space, or altitude, between an aircraft and the ground, the speed of the aircraft in knots , the direction of the aircraft through the use of compass headings, and its distance from other aircraft. The air traffic controller monitors a plane's route based on a filed flight plan and watches for any deviation that could cause a collision.

Air traffic controllers use instrument flight rules to monitor all planes as they take off, travel to their destinations, and land. Pilots navigate using a very high-frequency omnidirectional range beacon that denotes the pilot's magnetic course and measures the distance from the plane to ground stations monitored by air traffic controllers.

Vocalization , Many animals communicate with acoustic signals. Crickets rub a hind leg along a row of protruding spikes; rattlesnakes shake a set of beads in their… Air , Air (and its variant spellings eir, eyr, aier, ayre, eyir, eire, eyer, ayer, aire, ayere, and ayr) all stem from the Latin aer. It is the most transp… United States Air Operations , World War II, U.S. Air Operations in: The Air War in Europe. U.S. air operations in the Mediterranean and Europe evolved into two distinct fields of… Air Pollution , Air pollution has plagued communities since the industrial revolution and even before. Airborne pollutants, such as gases, chemicals, smoke particles… BROWNING, ORVILLE HICKMAN , Air Force, U.S. OverviewPredecessors of, 1907–46Since 1947 Air Force, U.S.: Overview The U.S. Air Force, the world's most powerful air arm, was not a… compressed air , compressed air Air under pressure. This may be used in tunnels to balance the pressure of water in the ground and so control groundwater. Compressed…