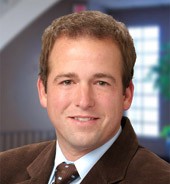 Identity Verified
Subject Matter Expert
Subject matter experts that contribute to encyclopedia.com must complete an internal background check to verify that they are an expert in their field. All subject matter expert information is independently fact checked for accuracy.

Christopher “Kit” Carson (December 24, 1809 – May 23, 1868) was a frontier scout, trapper, Indian Agent, and soldier. He gained fame as the guide of several of John C. Frémont’s expeditions and also served in the American Civil War. Carson is a controversial figure, at times revered as a heroic frontiersman and fighter while at other times criticized as a ruthless Indian fighter.

Kit Carson was born December 24, 1809 and spent the first year of his life in Kentucky. His family relocated to Boon’s Lick, Missouri where he lived for the following 15 years. Living with his widowed mother and seven brothers and sisters, illiterate with no formal schooling, Carson eventually apprenticed for two years in the saddler’s trade. In 1826 he left his apprenticeship to travel west. In his autobiography, written 30 years after the fact, Carson attributed the move to the specter of a life of wage labor and the call of adventure. “I would have to pass my life in labor that was distasteful to me, and being anxious of seeing different countries, I concluded to join the first party that started for the Rocky Mountains.” 1 Fortunately for Carson, he was soon headed to the New Mexico Territory.

Carson established himself in Taos and for a few years he engaged in miscellaneous wage work, driving wagons, cooking, and interpreting. In August 1829 he joined a trapping expedition and headed to California’s Sacramento Valley for the first time. He and his party returned to Taos in the spring of 1831. For the next ten years, Carson roamed the West in various expeditions as a hunter and trapper. He spent time on the trail to California and further north in the Rockies and Wind River mountains. After sixteen years in the mountains, and having “pass[ed] the greater part of my time far from the habitations of civilized man,” 2 Carson proved to be a great help and lifetime friend to Frémont after Frémont hired him onto his first independent mapping expedition in the spring of 1842.

Carson served as Frémont’s guide on three expeditions, in 1842, 1843, and 1845. He assisted in the exploration and mapping of the Rocky Mountains, Oregon Trail, Great Basin, and northern California, becoming with Frémont the first Americans to see Lake Tahoe. Carson entered Mexican California with Frémont in 1845 and became involved in the military action against Mexico. He played a pivotal role in American victory. Thinking Mexican resistance had collapsed, Frémont dispatched Carson to Washington, D.C. to announce the acquisition of California to the United States. Near Yuma, Arizona Carson intercepted General Stephen Watts Kearny’s expedition from New Mexico and returned with him to California. They discovered that in the interim Mexican forces had regrouped. Carson and Kearny confronted a determined Mexican force at the Battle of San Pasqual December 6-7, 1846 and with Kearney’s forces surrounded, Carson crept through enemy territory to alert United States forces in San Diego. The combined force drove the Mexican army north where they eventually surrender to John C. Frémont in the Treaty of Cahuenga January 13, 1847.

Kit Carson settled in New Mexico intent to live a peaceful life of farming and sheep herding but war intervened. In the 1850s Carson was appointed as the Indian agent to the Ute Indians and the Jicarilla Apaches in New Mexico Territory. When the Civil War broke out he left his position as Agent and commanded Union troops in the defense of New Mexico against Confederate invasion. With New Mexico secure after his success at the Battle of Valverde in 1862, Carson was reassigned to fight native populations. Carson participated in perhaps the most controversial battles of his life, first with the Apache and then the Navajo. After battling local Jicarilla Apache and placing them on a reservation, and tired with military life, Carson offered his resignation in 1863 but was denied. Thus he began the now infamous campaign to track, round up, and move Navajo to the Bosque Redondo reservation. In late 1864 Carson waged another campaign against local Indian populations, this time in western Texas. The fighting over, Kit Carson moved with his wife to Colorado to pursue ranching and farming as commander of Fort Lyon until his death in 1868. He is buried in Taos, New Mexico.

Kit Carson was a controversial figure of mythical proportions. Dime novels and sensationalist biographies touted him as the greatest frontiersman of the age. They characterized him as the archetypical mountaineer, especially in his capacity as guide, hunter, and tracker. “In character of guide, the world has learned to view Kit Carson as having no equal on any continent.” He was “the greatest hunter in America” once, in three hours, killing twenty-two antelope versus six for the other hunters in the party 3. He was alleged to be the best tracker, both of game and Indians. Carson followed in the footsteps of, and eventually surpassed as a living hero, mountaineers such as Davy Crockett and Daniel Boone. Carson, as the iconic mountain man, remained the dominant image in the imagination of the American west until perhaps Buffalo Bill Cody and the cowboy image surpassed him in popular culture. But his exploits with the Apache and Navajo have tarnished his fame in more recent years and he remains a controversial figure.

1. Milo Milton Quaife, ed., Kit Carson’s Autobiography (Lincoln, 1966), 4-5. Carson first dictated his memoirs to a Mr. Jessie B. Turly in the late 1840s or early 1850s. Army surgeon Dr. De Witt C. Peters made acquaintance with Carson in the mid-1850s and based his 1858 The Life and Adventures of Kit Carson, The Nestor of the Rocky Mountains, from Facts Narrated by Himself on Carson’s dictated memoirs. However, Carson’s complete manuscript autobiography was not published until 1926.