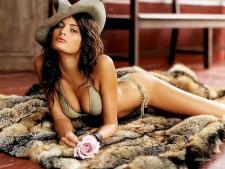 Stegemeyer, Anne, Who's Who in Fashion, Third Edition, New York,1996.

Fontana created fantasy dresses, wedding gowns, ball gowns, and possessed an aura of glamor. In the 1950s, in particular, the Fontana style was a rich excess and ideal of the sumptuous dress. For the client, these were the most flattering kinds of party dresses cognizant of the New Look, buoyant in full skirts, and attentive to the bust. To the observer, theatrical high-style 1950s style was crystallized in the internationally known clientéle including Linda Christian (her wedding dress to marry Tyrone Power), Audrey Hepburn, and preeminently Ava Gardner.

Gardner was the perfect Fontana client and model—unabashedly and voluptuously sexy and known for alluring and elegant dressing. Gardner wore Fontana for film roles in The Barefoot Contessa (1954), The Sun Also Rises (1957), and On the Beach (1959). While American film had its own specialty costume designers such as Edith Head and Travis Banton, postwar Rome reignited its status as a glamor capital by the conflation of life and film. Sisters Zoë, Micol, and Giovanna Fontana had begun their business in 1936, but seized the public imagination when American films were made on location in Italy using their designs and, to a lesser degree, with the Italian film industry. The popular international appeal of the Power/Christian wedding and Ava Gardner's paparazzi-trailing fame brought vast worldwide visibility and recognition.

If waning Hollywood found its ideal Trevi Fountain wardrobe in Fontana, Fontana came to America with the demure but unequivocally rich lace wedding dress designed for the 1956 wedding of Margaret Truman, daughter of the ex-President of the United States, and Clifton Daniel, New York Times journalist and editor. Longtime celebrity Margaret Truman Daniel, famous as the apple of her father's eye and as a television performer, put the good-girl seal of approval on Fontana for America that Gardner's sultry looks, Elizabeth Taylor's buxom beauty, or Loretta Young's dream-girl radiance had been unable to provide. For Americans, Roman grace and opulence were, in many ways, more accessible than the couture of Paris.

By the late 1950s, the strong silhouettes of Balenciaga and Dior (under Yves Saint Laurent) were so immediately and carelessly processed into American clothing that Roman dress, with its conspicuous extravagance of lace and taffeta and luxuriance, seemed ineffably richer than Paris design. The preference of the Fontana sisters for wedding dresses, eveningwear, and full-skirted cocktail dresses through the 1950s and 1960s, made their style seem especially colorful, a kind of pre-La Dolce Vita for Americans covetous of Italian flair.

The Fontana sisters were so much a part of the Italian postwar renaissance that Rome designated a street Via Zoë Fontana. Later works by Fontana assumed the more tubular silhouettes of the 1960s and 1970s and some similarity to Princess Irene Galitzine, but the definitive work of the Fontana sisters remained the bust-enhanced, narrow-waisted, full-skirted resplendence of their style in the 1950s. Their extravagance walked a fine line between vulgarity and richness, one to which Americans felt a keen affinity. The Fontanas created a Roman Empire of postwar fashion; they enjoyed an influential and unforgettable decade of style sovereignty.

While the glory days of the Fontana sisters ended decades ago (Zoë died in 1978), Sorelle Fontana has remained a fixture of Italian fashion. In an article chronicling the rise and fall and rise of Italian style, Micol reminisced to Women's Wear Daily (28 September 1998) about the firm's precarious 1944 startup, "We could still hear the bombs going off on the beaches when we moved into our first atelier in Rome. But that didn't matter, it was our dream to own an atelier."

The Fontanas, along with several other Italian firms, brought their own sensibility to fashion. In a 2000 profile of Italian couture and ready-to-wear, Micol commented to Women's Wear Daily (22 February 2000) about why Italian clothing caught on: "We broke away from the French—we were more informal, our fashion was more linear and more practical…. The Americans," she further explained, "were instrumental in shaping our attitude toward fashion. They were practical and needed clothing they could live in, and we were ready to deliver."