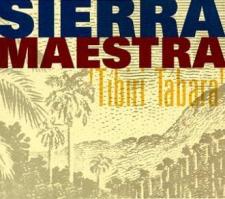 In December 1956, Fidel Castro, a native of Oriente, repeated Martí's return from exile to a Sierra-based campaign. The climax was the Batista offensive "Fin de Fidel," from May to August 1958. The decisive battles were for the Sierra ridge, at Santo Domingo; and for Castro's headquarters, at El Jigüe.

The Sierra Maestra Manifesto and the agrarian reform law (Revolutionary Law 1) were symbolic measures to win middle-class support. However, Castro reached a secret alliance with the Communist Party, and Sierra "liberated zones" foreshadowed social revolution. Anti-Castro guerrillas were effectively eliminated from the Sierras only in the late 1960s.